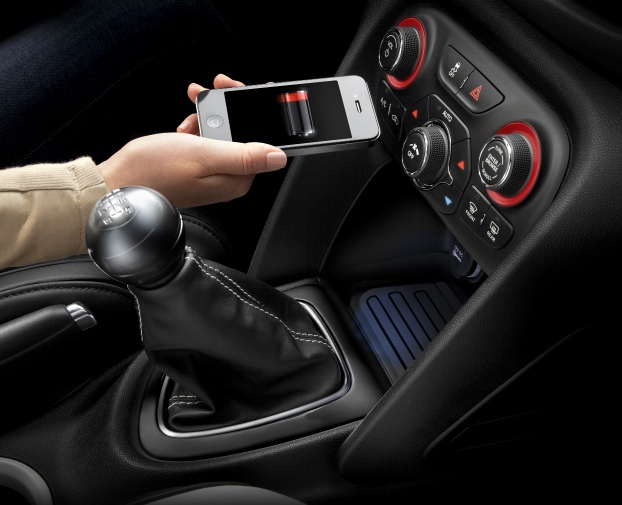 The 2013 Dodge Dart from the good folks at Chrysler will come with an in-vehicle wireless charging system that has been developed by Mopar.

“At Mopar, we look for every single opportunity to make our customers’ lives easier,” said Pietro Gorlier, President & CEO of Mopar. “Our industry-first in-vehicle wireless charging system is the perfect solution for those connected customers who are always on the go.” he further added.

The mechanism consists of an integrated power-bin positioned n front of center console. The console has a built-in charging grid that gets activated when car user keep a battery-powered device over there. The charging starts the moment vehicle is started. This very modern and first of its kind device comes for $199.99, minus the installation.

Such a device eliminates all that unsightly wires dangling in front of the dashboard. This not the first time that an industry first device has come from Mopar as this division of Chrysler is also credited with developing Vehicle-information apps, Electronic Vehicle Tracking System, Wi-Fi, Electronic owner manuals, 2011 Mopar Challenger Drag Pak, Camper trailers and WiTECH applications.