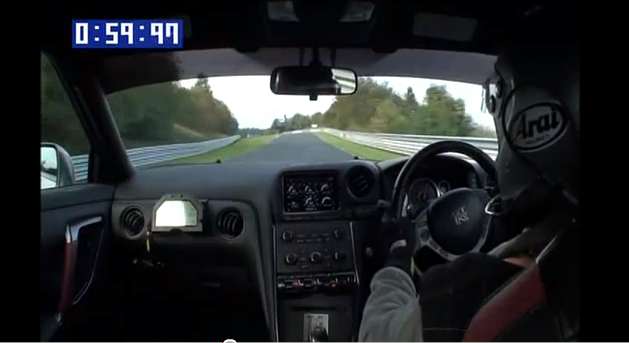 So who’s the King of the Ring? Well, of all the production cars, the first name that comes to the mind is the GT-R. Even the Ferraris and the Paganis of the world have been struggling to keep up with this blistering fast machine which comes at a fraction of the aforementioned exotics’ price.

Now, the earlier GT-R was already one of the fastest supercars around the ‘Ring, and with the new, 2012 version Nissan have managed to shave off a further 2.48 seconds off the earlier car’s time. Incredible, ain’t it, when other carmakers were already finding the earlier lap time too hot to handle.

The Dodge Viper ACR and the Chevrolet ZR1 are two cars which are known to be faster than the GT-R around the ring. Here’s the video of the masterly act. Remember that the lap timing action begins after the 3:09 instance.