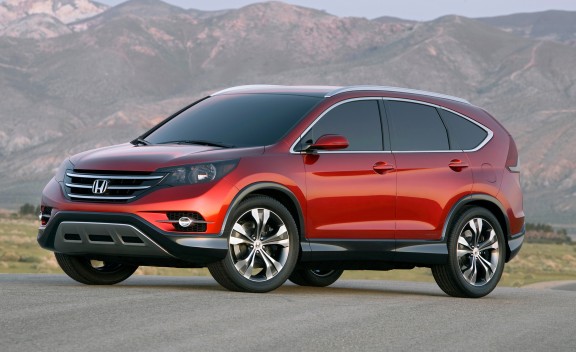 Honda has already introduced us with the new CR-V officially with the CR-V Concept press image. The Japanese carmaker, however is still tight lipped about more details on the car. In fact, even with that long rear section, there is no certainty yet whether the new CR-V will have a third row of seats or no.

After a series of spy pictures, a couple of videos of the highly anticipated car have now emerged on the internet. While the videos dont reveal any new details about the crossover, the first of the two does substantiate to an extent that the car will have a third row of seats. The video shows one of the Honda personnel open the hatch and put in the car cover into it. From what’s visible, it seems that the boot of the new car isn’t too cavernous. So where does all that area after the C-Pillar get consumed then? There has to be a third row there, if the boot area is reduced! Have a look this these videos to get what we are talking about. You can read our earlier report on the 2012 CR-V for more details on the car.