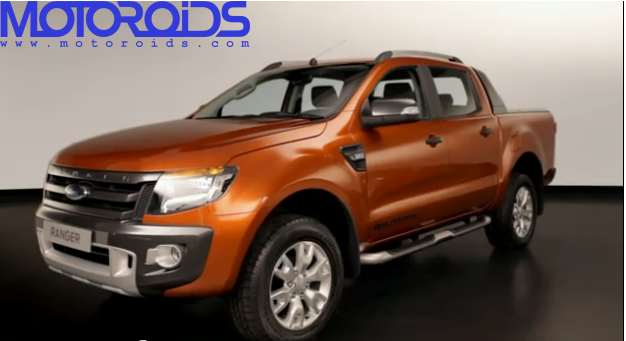 This is the first official video of the 2011 Ford Ranger truck in the Wildtrack guise. It common knowledge that the Ford Everest / Endeavour has historically been heavily influenced by this beefy looking truck, and will draw design cues, equipment and power train from the model. As you would assume, for India, the Ranger will grow a roof, space for people in the third sub-section of the cabin and more creature comforts.

The Fortuner, with its butch looks and terrific pricing is doing wonders for Toyota in India. There is great demand for the SUV in India, and you’ll have to wait for months before one gets delivered to you. Now, the new Ranger too is no less a hulk when compared with the Fortuner. It’s big, bad and brawny. Also, unlike the Fortuner, which is an all-time 4WD vehicle, the Ranger is capable of engaging 2WD as well as 4WD high and low. This should mean better fuel efficiency in an ideal world.

Going by the visuals in the video, the interiors are going to be great too. The cabin of the Ranger is feature packed and should be more than a match for its competitors in the Indian market when it arrives.

The Ranger Wildtrak is powered by two potent diesel engines. Internationally you can opt either for a 2.2-liter four-cylinder or the 3.8-liter inline five-cylinder diesel engine featured in the video. The 3.2 litre engine will produce a crazy 470nm of torque which will be put to the road by a six-speed manual transmission. Expect the price to undercut the Fortuner, as Ford India know that’s where the money is. Expect an India launch by late 2011 / early 2012.

Check out the video and drool, just as we are right now.