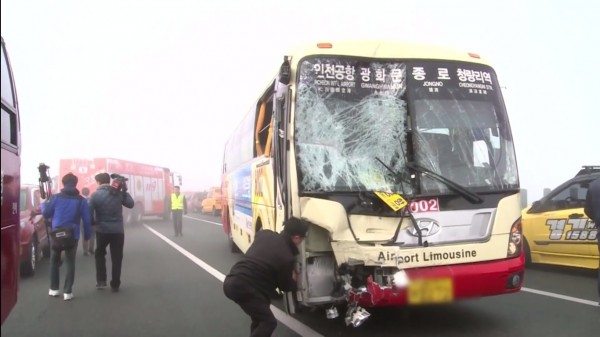 A 100 car pile-up in South Korea has resulted in two deaths and has left 45 people injured. The pile-up took place on a bridge near South Korea’s largest international airport. Initial reports suggest that the cause of this mishap is dense fog. Authorities said that icy roads were also a factor. 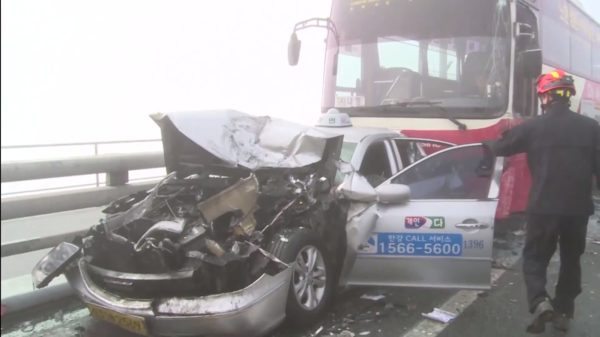 A cab driver, Yoo Sang-Young, who suffered in the pile-up told Yonhap news agency, “I heard a series of bangs in front of me. Then I was rear-ended by a following car. I felt my car turning around and hitting a protection rail. I then lost consciousness.”

“I slowed down but still rammed into the cars piled up in front of me,” another driver added. 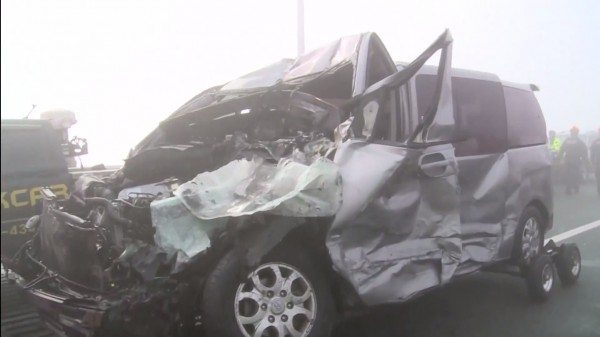 Here is the rescue video which shows the aftermath of the entire mishap. You can clearly see the fog even in the rescue operations: