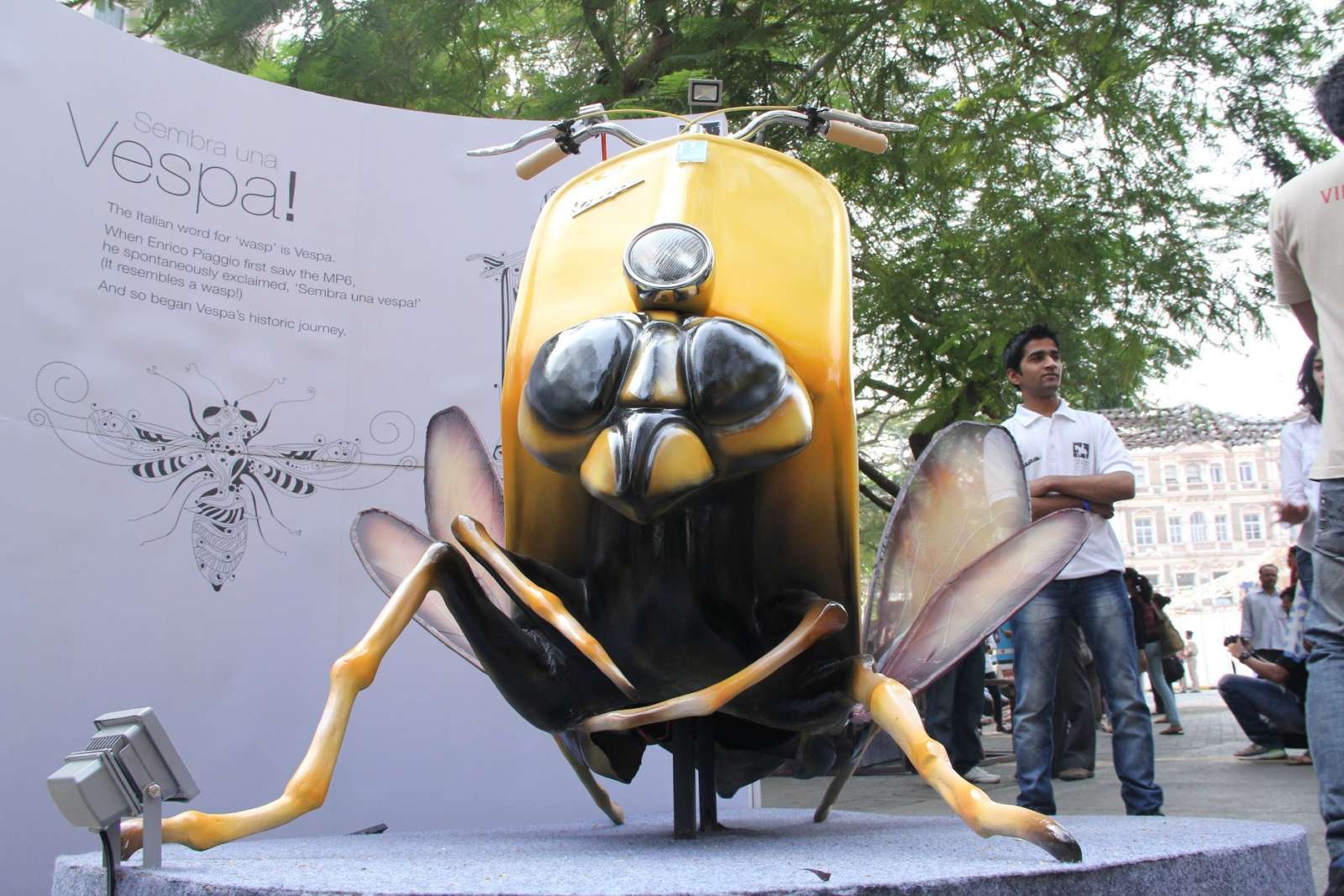 The iconic Italian scooter brand Vespa’s rich cultural heritage has always been associated  with art and fashion. The Vespa means Wasp in Italian. The first Vespa, which was code-named as MP6 resembled a Wasp. The first-of-its-kind Vespa art installation at Kala Ghoda Arts Festival 2013 showcases the birth of Vespa in an artistic form.

History has it that post World War II, in 1945, a movement was created to redefine the future of transportation in Italy. The world’s first scooter was designed and created by an Aeronautical Engineer Corradino D’ Ascanio. No less than an engineering marvel, the scooter incorporated aeroplane engineering principles. On seeing the scooter, at the very first sight, Enrico Piaggio exclaimed “Sembra una vespa!” (It resembles a wasp!). The buzzing noise of the scooter resembled the buzz of the wasp as well. The scooter was thus named Vespa – Italian for wasp. 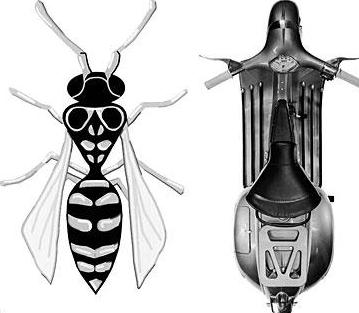 Kala Ghoda Arts Festival was started with the endeavour of preserving art and heritage along with vibrancy, drama, excitement and the beautiful colours of culture meet a common visionary in Vespa. The Vespa art installation draws inspirations from its origin – the wasp. It  brings out the similarity in form that the Vespa shares with the wasp by an amalgamation of unique attributes e.g. downward sloping engine  ~ curved abdomen of the wasp; steering rod ~ antennae; front mudguard ~ head of the wasp. The Art form so created is a visual statement in contemporary art inspired by the legend of the Vespa. 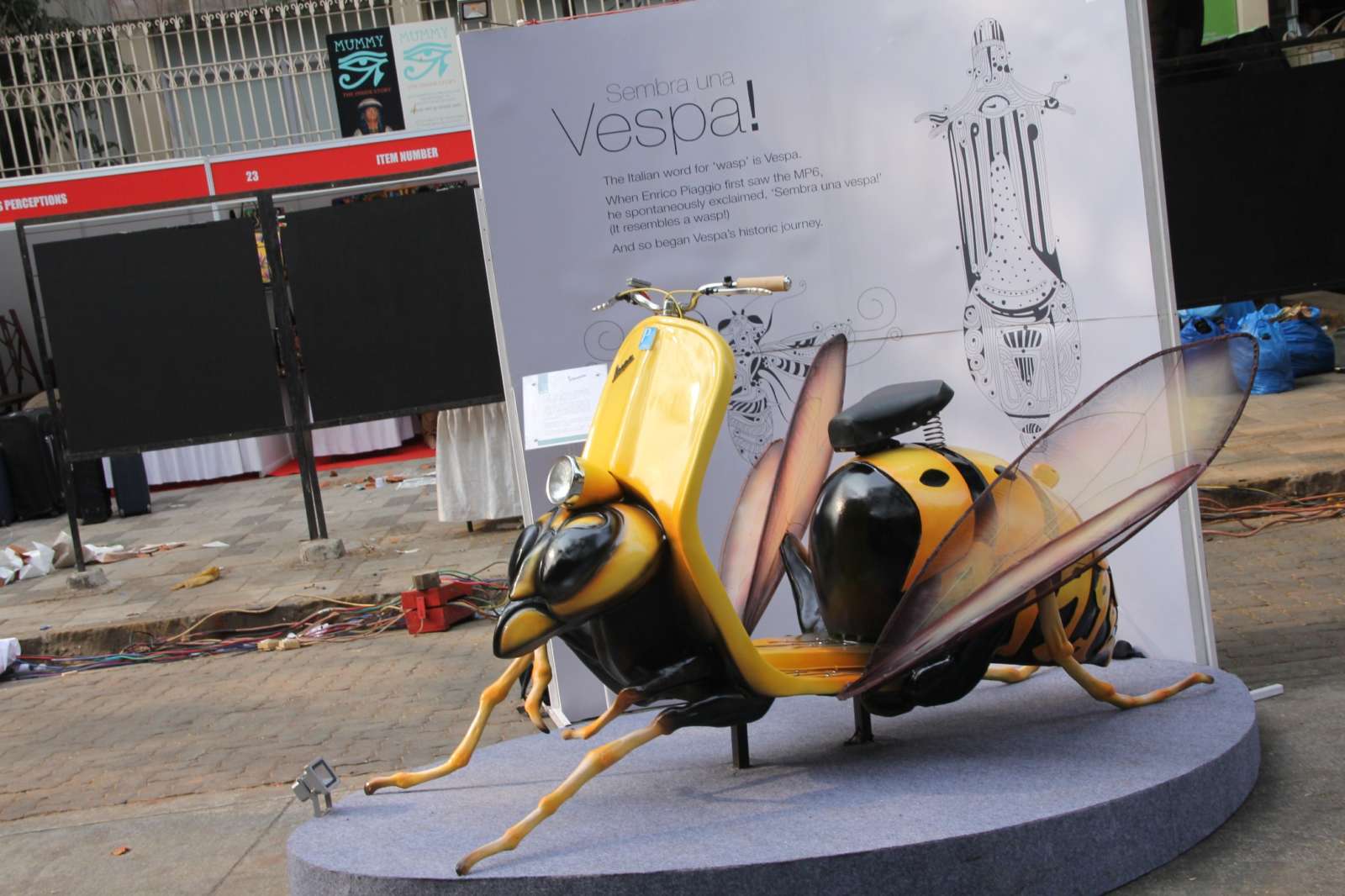 Speaking about this Art form, Ravi Chopra, Chairman and Managing Director, PVPL said, “Vespa is a timeless work of art deeply rooted in history and rich in cultural heritage. It is one of the world’s most iconic brands, sharing a very close association with art and fashion. We believe in celebrating and constantly bringing to fore its magnetism and charisma.  Kala Ghoda Arts Festival over the years has become a symbol of art conservation, what better way to salute global art than an art installation inspired by the historic origin of the Vespa itself!”