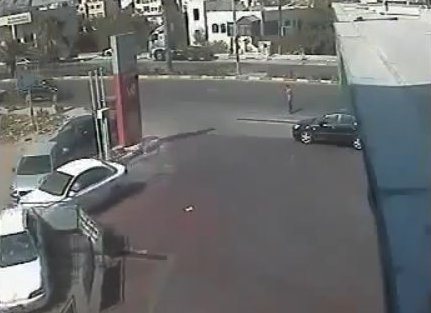 Wait, till the video reaches to the 48th second and you will witness a car driver, who is possibly very drunk, redefine the word ‘Lameness.’ At what seems to be a fuel station or a car- parking facility, where all the cars have patiently lined up for their turn, this particular dude, who probably thinks of himself as the scaled down version of God, decides to cut in and in the process totally miscalculates his moves, sticking right into other two cars waiting in the line.
You think thats all the drama for the day? No, its just the beginning. The retard then decides to make a run for it and escape the other drivers by swirling out the fuel station. Once on the main road, he quickly turns into a pin- ball hitting everything on  its way. At the end of it, the hit and run car driver trashes a total of four cars outside the fuel station and is finally forced to a halt by an on- coming van. Ouch. Watch the VIDEO on the NEXT PAGE>>>