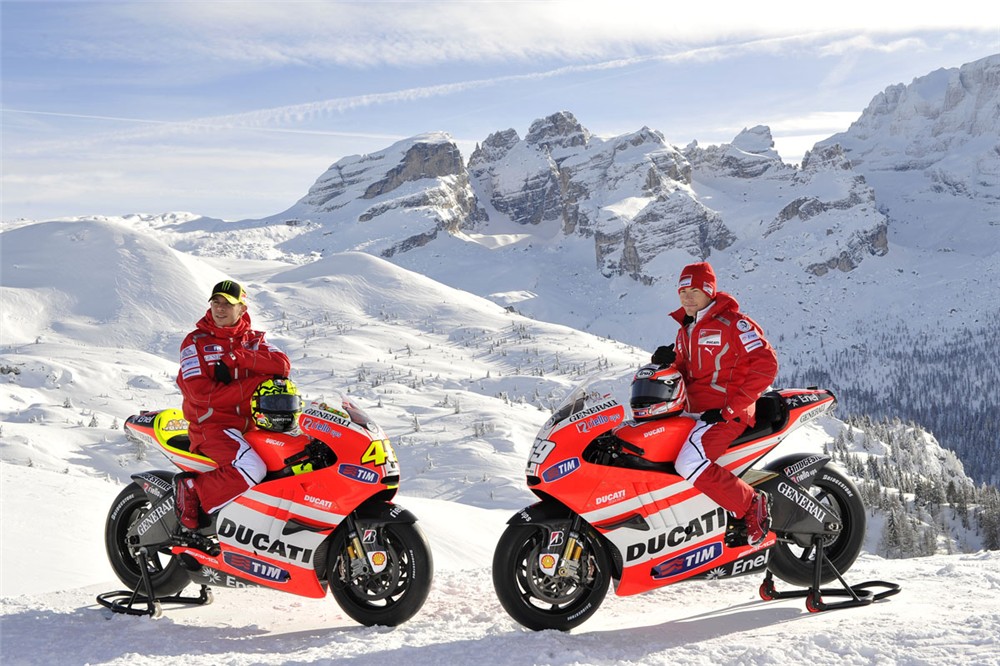 Ducati have taken the wraps off their MotoGP bike for 2011. The company unveiled the two machines to be ridden by Valentino Rossi and Nicky Hayden at Wroom 2011 event in Italy. The main changes in the new bike, according to Team Boss Filippo Preziosi are in the engine. The engines have been internally and externally redesigned to achieve flatter and more favourable torque curve. The aerodynamics have been worked upon to reduce drag, increase top speed, while also reducing the lifting of the front wheel.

The Italian company has also been working on new carbon fibre chassis for the 2011 season. “With the chassis we have a different rigidity and torsion, and a swingarm with a different stiffness too. We are making a new fork for Sepang, adapted to the suspension for 2011. In terms of electronics we are mainly working on anti-wheelie and traction control. We will be at Jerez from January 17th-19th with Franco Battaini and Vittoriano Guareschi, who will be on track’ said Preziosi.

Jeremy Burgess, the magical man behind the success of Honda and Yamaha teams has come to Ducati, and we are sure that this season is going to be that of Rossi’s dominance.