After half hearted attempts with the Scala  and Pulse models, it would be safe to peg Renault India as a one hit wonder (Duster) in the market, but now it seems they’re on to something big- enter the low-cost, Alto800 rivaling hatchback. A prototype of the same was spotted doing it rounds in the country recently (below). 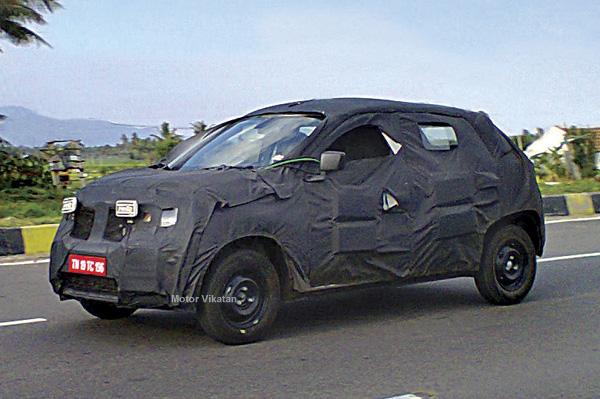 Codenamed XBA, the hatchback will be based on the Renault’s highly flexible CMFA platform, but the catch here will be a slightly crossover centric styling. A raised ground clearance will ensure that the XBA takes on Indian roads with aplomb, while the XBA is also expected to be high on space efficiency, and will feature a robust and very stiff bodyshell. But the main talking point here will be the drive-train. While the motor, codenamed the BR-8, will be an all-new 800cc, three-cylinder unit, featuring a twin-cam, four-valves-per-cylinder setup, it will also come with the option pairing itself to an automated manual transmission (AMT), pitting it directly against the new Alto K10 AMT. 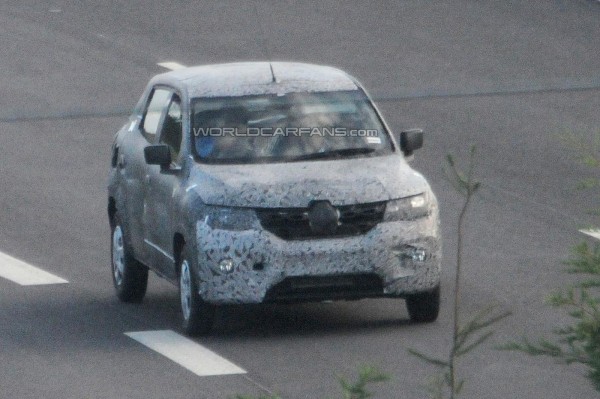 Regarding the styling, a few clues can be garnered from the new Renault low-cost crossover that was spied abroad last week for the first time. These images (above & below) show a pretty bare-boned subcompact crossover running the Renault badge, and sporting a Sandero inspired minimalist and simple front fascia, and we have reasons to believe that this is the XBA prototype being put through its paces. The overall shape, those thin tires, the shape of the wheel arches, the front air-dam, those ghastly wing mirrors and lastly, the single windshield wiper all collectively point to the same. 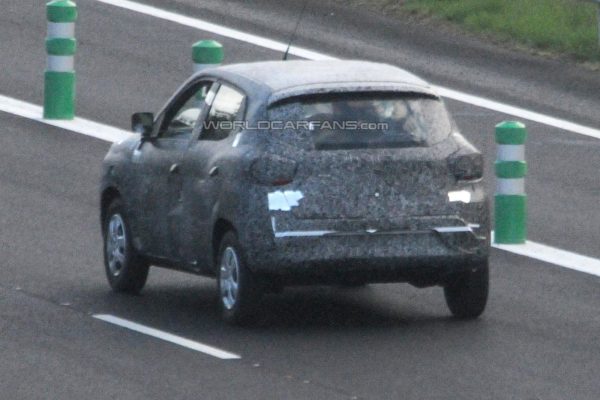