The MG Motor company is going to come up with a new car, an SUV, for the Indian market after which it plans to release a new all-electric SUV the year later. Coming to the first SUV, which is rumoured to be based on the Baojun 530, is undergoing testing and has been spotted quite a few times on the national highways of Maharashtra and Gujarat. Dimension wise, the car would measure 4,655 mm in length, 1,835 mm in width and 1,760 mm in height. MG Motor has a clear vision as to which cars it would aim the SUV against, the Hyundai Tucson and the Jeep Compass. 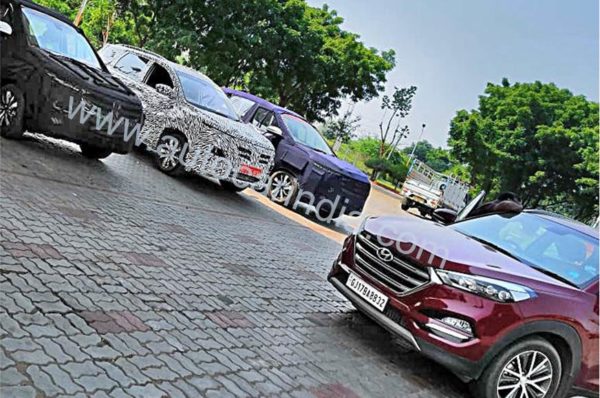 In a recent spy image, which has surfaced on the internet, we see the spy car doing runs with a Hyundai Tucson which happens to be registered to the MG Motor company. These facts lead us to conclude that the MG Motor brand is taking all the necessary steps required to keep their cars one step ahead of their competitors and we are indeed excited for the reveal of this SUV. Moreover, there are also rumours of the SUV to offer a 7/8-seater configuration instead of the five-seat configuration initially thought. 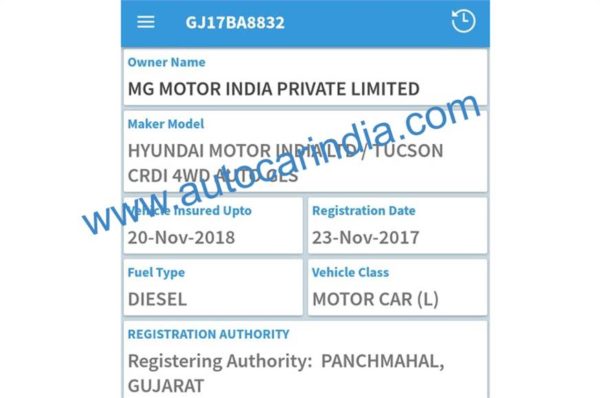 Powering this new SUV would be 2 engine options, buyers could choose between a 1.5-litre turbocharged petrol good or a Fiat-sourced 2-litre Multijet diesel engine which is also found in the Jeep Compass and the upcoming Tata Harrier. We expect MG to offer a dash with contrast stitching and soft-touch materials along with a floating centre screen, leather powered seats, a panoramic sunroof, electronic handbrake and cruise control. Safety equipment like dual airbags, ABS, ISOFIX child seat support and a speed alarm are also expected to be offered as standard as part of the upcoming government regulations. The SUV will also get a very competitive pricing due to the heavy localisation of the car at the company’s plant in Halol, Gujarat. Below are images of the Baojun 530 SUV which is sold in international markets.