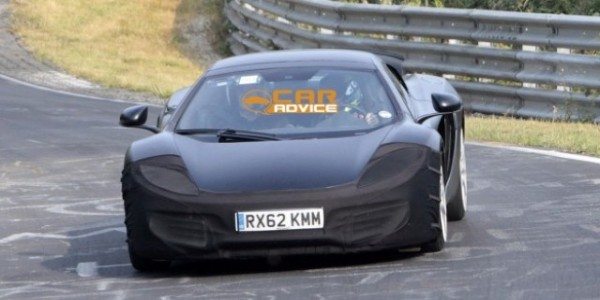 While we all thought that McLaren is busy testing a facelift-ed version of its MP4-12C, it has emerged that the car that was earlier spotted at the Nürburgring was in fact a test mule for McLaren’s P13, upcoming entry level supercar.

A McLaren spokesman told UK media that the car which has been spotted is “a mule prototype of P13 undertaking early testing,”. He also added that the carmaker does not intend to be seen at the Frankfurt Motor Show this year.

All this means that McLaren could be testing P13’s engine and chassis performance on the track. The P13 will borrow both of these from the MP4.

The McLaren P13 could be launched in early 2015. Stay tuned to Motoroids for more info on upcoming McLaren P13 entry level supercar.