Preparing to compete with its own cousin, the Creta, and others in the segment, Kia’s SP2i is undergoing extensive testing ahead of its launch. This car would be the first offering for India from the 8th Largest car maker in the world. Travelling the whole country, including various different types of roads and driving conditions, this SUV was seen on the streets of Mumbai today morning. The SUV was spotted on the Western Express Highway in the suburban region of Mumbai. Covered in camouflage, the spy shot reveals the rather unique alloy wheel design on the car. Other details on the car were hidden by the strategically placed camouflage which most of these spy cars use. A hat tip to fellow petrolhead Nidhi Dangi for sending in this image to us. 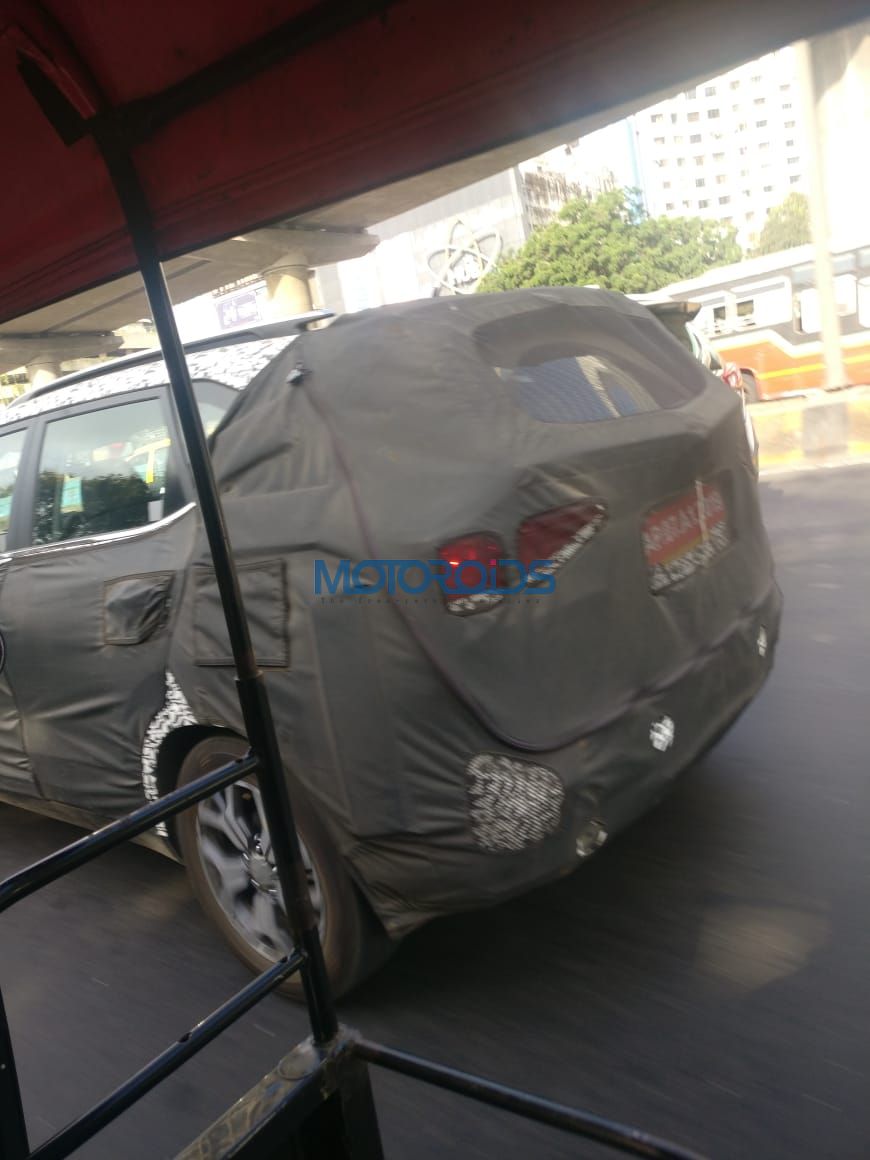 This new wheel design seen on this test mule is rather unique, with 5-spokes splitting just before connecting with the rim, which gets wrapped in 215/65 section Goodyear Assurance tyres. This design is very different from the design we saw at Kia’s factory. Earlier, another alloy wheel design was seen on one the test mules, suggesting that Kia is probably testing wheel options too and yet is to decide upon the final choice. Other details seen on this test mule were the LED lit tail lights and the roof rail, which extend further behind the end support, giving it a floating type effect. The rear number plate on the SP2i is mounted on the tailgate. 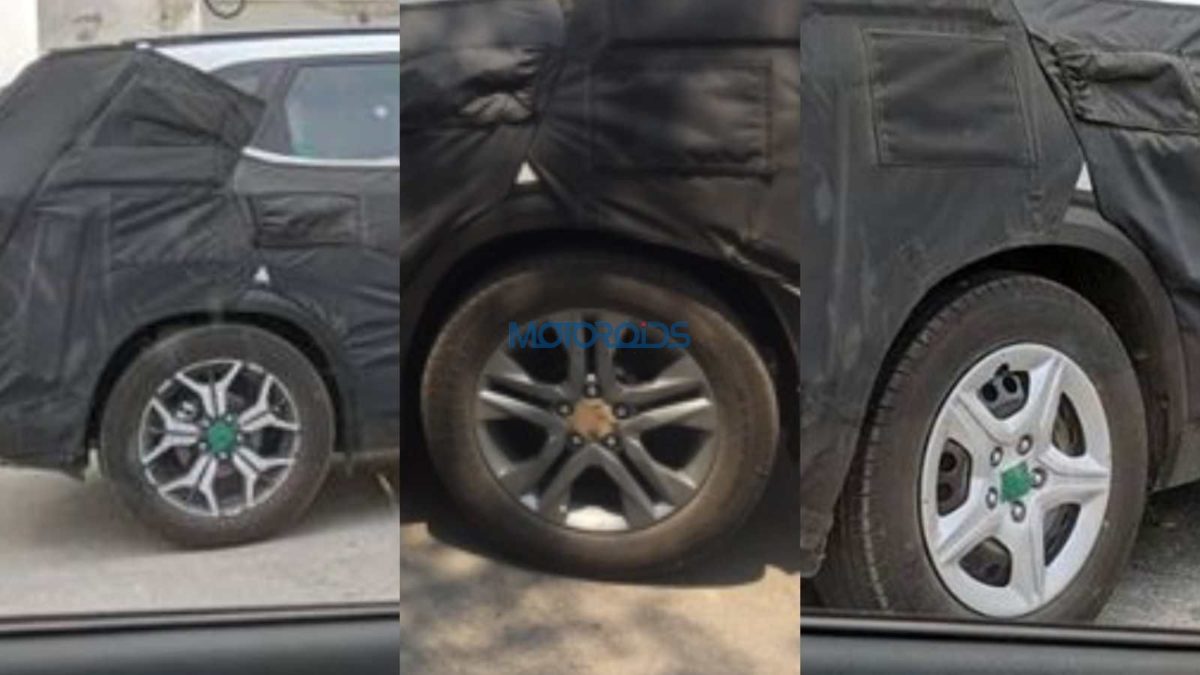 Expected to be offered from the second half of 2019, the Kia SP2i will be offered with both petrol and diesel engine options, which are expected to be BS – VI compliant. From spy shots earlier, we can confirm features like a clamshell Bonnet, disc brakes on all four wheels, a tiger grille, bonnet mounted DRLs, bumper-integrated headlights and three adjustable headrests in the rear will be offered when the car is launched. On the inside, Kia shall be offering a floating type screen which is expected to come with Android Auto and Apple CarPlay connectivity options. Linked below is a video, showcasing this display on the car, do have a look and stay tuned for more news on Kia’s debut car for India.