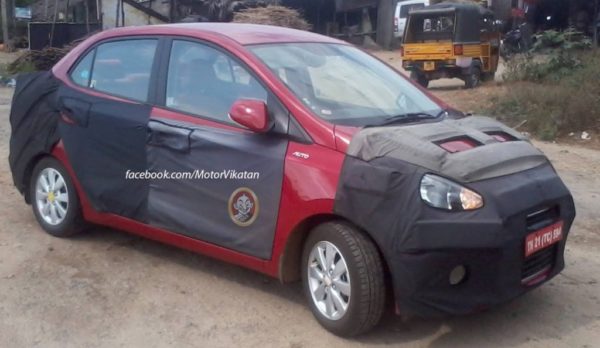 The highly awaited Hyundai Grand i10 Sedan will be unveiled at the Auto Expo 2014 and is likely to go on sale soon after. Here is a list of all the cars that are coming to us next year.

As we have been saying, the upcoming sedan will borrow most of its mechanical components and its platform from the new Grand i10 hatchback and hence, we can safely assume the Grand i10 sedan automatic variant to have a 1.2 litre Kappa engine and a four speed auto box. The engine would have a max power of 83 PS and peak torque of 11.6 kgm. Quite obviously, the car will be also sold with the option of a five speed manual gearbox. 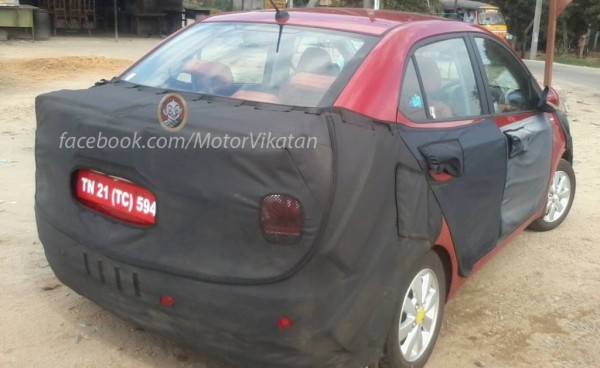 The diesel variant, which is likely to garner most of the sales, too will get a five speed manual transmission. However, we won’t be too surprised if it also gets an auto box sometime down the line. The diesel engine that will power the Grand i10 Sedan will be powered by a three-cylinder 1.1-liter CRDi engine that will have a max power of 71 PS and peak torque of 16.3 kgm. There are slim chances that the car will get the i20’s 4 pot diesel engine as the same is unlikely to fit into the tight engine compartment of the Grand i10 sedan.

As we said earlier, the Hyundai Grand i10 Sedan is likely to go on sale soon after its Auto Expo debut and thanks to its sub-4 metre credentials, could be launched at a ultra competitive price point.