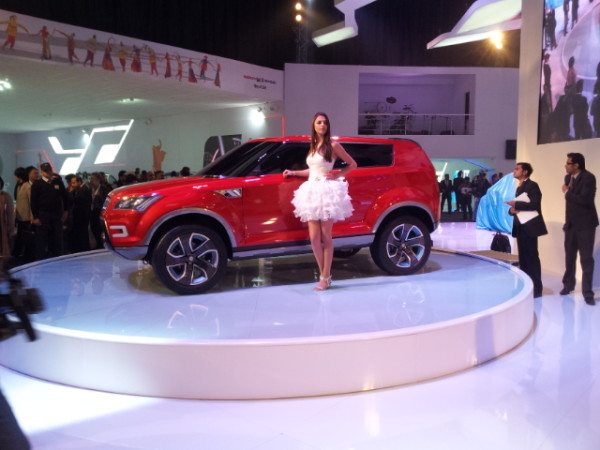 Speaking to ET, R C Bhargava, Chairman, Maruti Suzuki India Ltd, revealed that the manufacturer plans to come up with ‘something interesting’ at the Auto Expo 2014.

While Mr. Bhargava refrained from divulging more details on this, it would be safe to assume that the manufacturer is planning to come up with the new YL7 hatchback, which it has been spotted testing on numerous occasions. The YL7 hatchback is expected to replace the AStar, which is basically the current gen Alto in most international markets. In India though, the recently launched Alto 800 will continue to soldier on for some more years and the YL7 will be a replacement for the slow-selling AStar. The YL7 will be powered by the same K10 1000cc three pot petrol engine that powers the AStar. Very unlike the AStar, the YL7 will haev roomy interiors and is expected to come with some first-in-class features.

Other than the YL7, Maruti Suzuki would also unveil the YL1 sedan at the upcoming Auto Expo. The YL1 sedan will replace the SX4 sedan and unlike the current model, which has been derived from a five door crossover, the YL1 will have more sedan-like proportions.

Other than unveiling the two new cars, Maruti will also unveil its first indigineously built diesel engine at the Expo. It may be noted that so far, the car maker has sourced diesel engines from Peugeot and Fiat and it is the very first time that it is coming up with its own oil burner. The upcoming Maruti Suzuki diesel engine will displace 800cc and will have a two cylinder configuration. The engine, in all probability, will find a home under the hood of the Alto 800, the YL7 and the WagonR. The upcoming diesel motor is being expected to have a power output of upto 40 hp and a claimed fuel efficiency of upto 35 kmpl. In all probability, the upcoming diesel engine will prevent the soon-to-be-launched Nano diesel from eating into the sales of the Alto 800.

Other than these three exciting new products, the car maker will also have on display the new SX4 crossover, the Swift facelift, and the iV4, which is basically the next stage of the XA Alpha concept we saw at the last expo.