Mercedes will be launching the 2016 G-Class sometime next year and now we have some new details of the new G-wagon.

According to reports, the redesigned model will be approximately four inches wider than the outgoing model. The SUV will also ride on an aluminum platform which could shave off a huge 825 lbs (374 kg) of weight when compared to its predecessor. While it is significantly higher than earlier estimates of 441 lbs (200 kg), the US-spec G550 tips the weighing scales at 5,578 lbs (2530 kg). 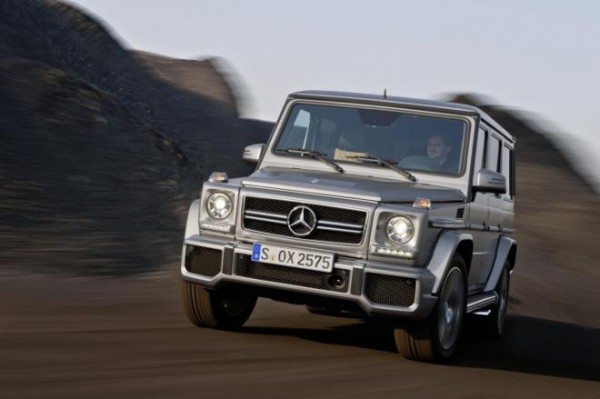 The 2016 G-Class is expected to feature an evolutionary design that incorporates the slab-sided styling of its predecessor. However, the model could sport a shorter roof and is also said to feature some styling tweaks to aid aerodynamics.

The next G-Class is also expected to receive a modern interior with higher quality materials and advanced infotainment systems. Despite all the above additions, the model will reportedly have styling based on its outgoing model and will feature a passenger side grab handle as well as prominent buttons for the locking differentials.

In the United States, the entry-level model will reportedly feature a twin-turbo 4.0-liter V8 mill that develops approximately 460 bhp (343 kW). Also on offer will be the top-of-the-line G63 AMG which is expected to be powered by a twin-turbo 5.5-liter V8 that cranks out almost 570 bhp (425 kW). Rumors floating on the cyberspace suggest a plug-in hybrid variant could also make its entry in to the G-Class line up but nothing is official as of yet.

Stay tuned to Motoroids for more dope on the 2016 Mercedes G-Class.