We reported in detail when German luxury car maker Mercedes unveiled the interiors of the upcoming V-Class van. Now, a speculative rendering of the upcoming Merc has surfaced on the cyber space and it is believed that the V-Class could really look much like what is depicted by the rendering (below). 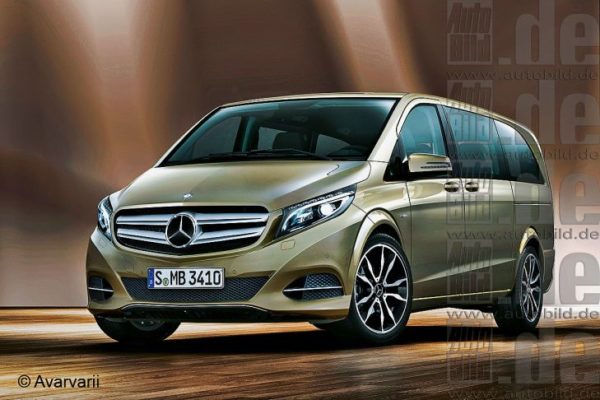 The all new V- class from the German carmaker is scheduled to be released sometime next year. The V in V class denotes the Van family from Mercedes-Benz and the upcoming model has good chances of becoming much more successful than the now defunct R Class.

Codenamed as W447, this new model will bring back the V-Class family name, which was replaced a decade ago by Mercedes-Benz. According to a report by WCF, business owners can buy a more upscale version of the V-class which will be available with the Vito moniker.

The V-class is expected to be unveiled at the 2014 Geneva Motor Show in March next year. Deliveries are expected short after the release. Prices for the upcoming 2015 Mercedes V-Class could start at 34,000 euros (approx INR 28 lakhs).

Stay tuned to Motoroids for more dope on the upcoming Mercedes-Benz V-class.