The good folks at WCF  are at it once again !  The upcoming 2015 Mercedes-Benz C Class has been caught sans any camouflage this time.

This entry level sedan from the German automaker has been spied many times, but this latest set of photos reveal much more than what was known earlier. The car was snapped during the filming for its upcoming commercial, and as can be noticed, is equipped with the AMG styling kit. 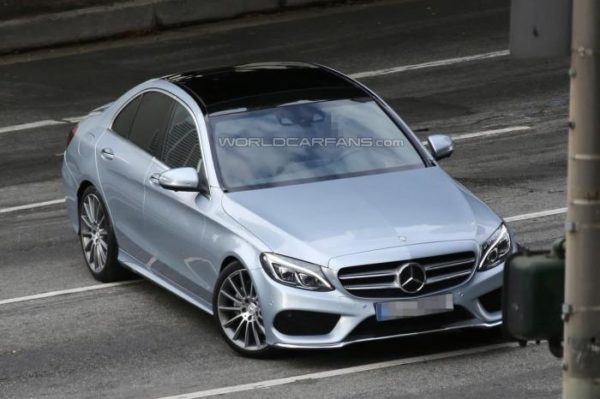 The 2015 C Class borrows heavy design cues from its bigger sibling, the S-Class, and looks like a compact version of the same. Earlier last month, Mercedes-Benz had teased the C Class, which also gave us a glimpse of its interiors.

The car is based on a new MRA (Mercedes Rear wheel drive Architecture) platform and is expected to be as much as 80 kgs lighter than the current gen C Class. Also, it is being speculated that the car would be having 90mm longer wheelbase compared to its predecessor. 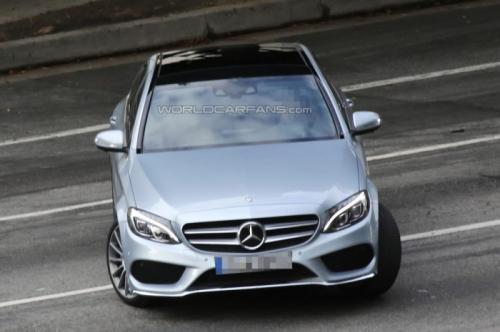 Power-train on  the 2015 C Class is expected to be the same as of the current gen model. It is also being said that the car would get a Renault sourced 1.6-litre diesel engine, which powers the Renault Fluence and the Nissan Qashqai in the European markets. Transmission options will include a 6-speed manual, a 7-speed 7G-Tronic automatic box and a all new 9-speed 9G-Tronic automatic.

The car will be officially revealed to the public in January next year, at NAIAS in Detroit.

Stay tuned to Motoroids for more dope on the upcoming 2015 Mercedes-Benz C Class.