The new Mercedes-Benz C Class sedan has been teased, but its estate version is undergoing testing.  The test mule is believed to be undergoing some last minute testing on the public roads of Germany.

The new C-Class sedan is expected to be revealed on Monday based on most recent rumors, so these could be the last spy photos of the estate version. Both the sedan and its more practical estate version will be showcased in January, at the 2014 North American International Auto Show in Detroit. 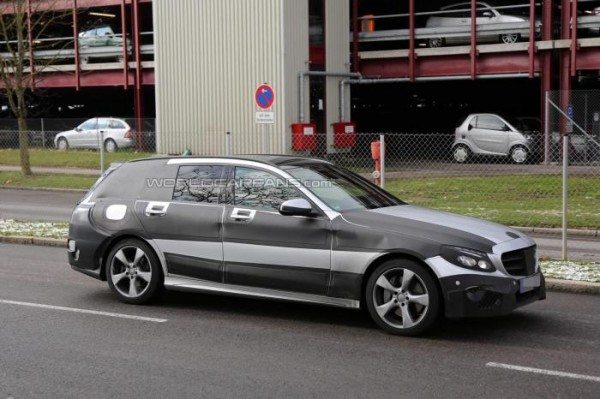 Visible in the pics is a sufficiently camouflaged prototype featuring the same exhaust pipes as the C Class sedan, which have been seen earlier in the spy pics of the same. The overall design borrows cues from its larger siblings, such as the W222 S Class, with few styling bits from the CLA. 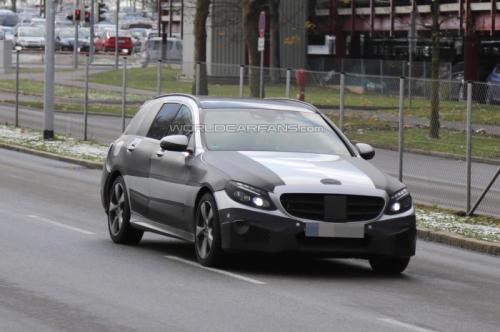 The Estate version is expected to be powered by the same engines used in the sedan version which include : 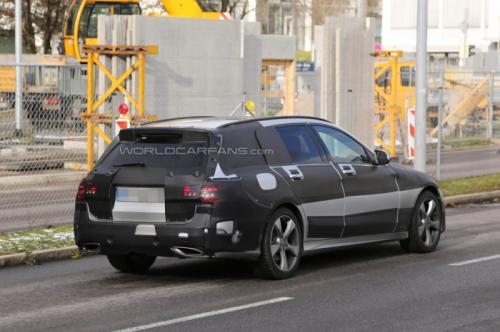 It is already known that the new C-Class will be underpinned by the MRA platform, which will help lose as much as 100 kg (220 lbs) compared to its predecessor. The C Class will be offered with an Airmatic suspension and an adjustable radiator shutter, while the cabin will feature an optional 8.4-inch color display and a touch-controlled pad.

Stay tuned to Motoroids for more updates on the Mercedes-Benz C Class Estate and  from the North American International Motor Show.