The upcoming 2015 Land Rover Freelander has been spied again. This time, the car is seen wearing a production body. 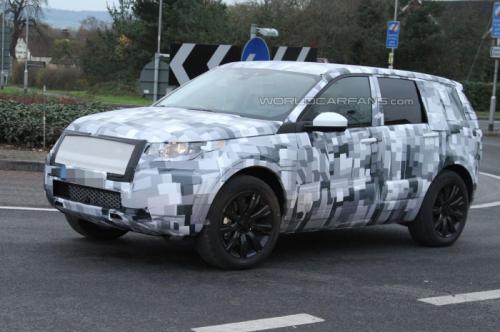 The upcoming crossover from Land Rover was caught undergoing testing in England. As per reports,  this redesigned crossover will be significantly larger than its predecessor and will reportedly be based on the same platform that underpins the five door Range Rover Evoque. 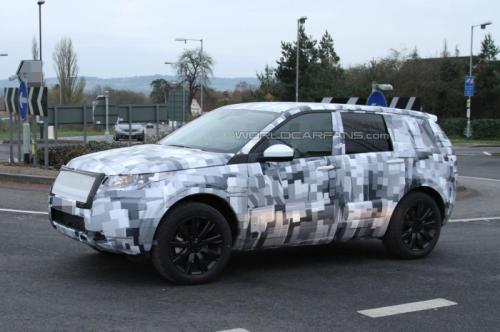 The test mule hides a lot of styling details, so the details are under wraps as of yet. It is being said that the car will borrow design and styling cues from the Evoque and the recently launched new Range Rover Sport. The test-mule features a prominent grille that is flanked by sweptback headlights. Also visible are other bits like a sloping roof-line, a tailgate-mounted spoiler and a dual exhaust system. 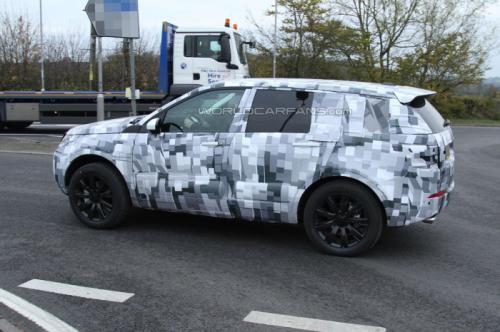 Engine options are not confirmed, but are expected to be carried over from the Evoque. This means choices could include: 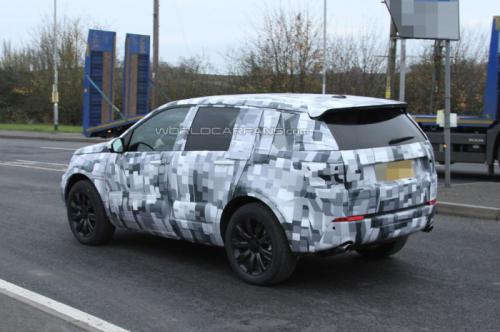