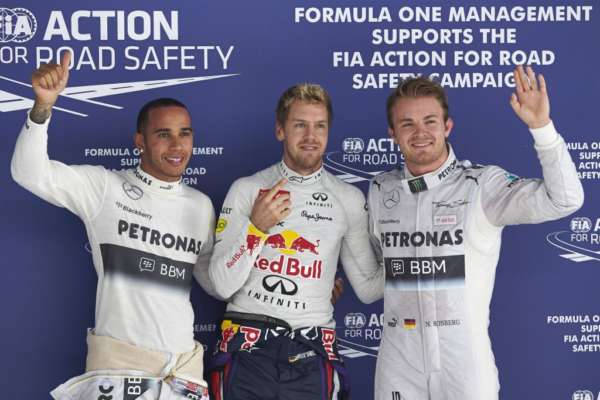 Nico Rosberg and Lewis Hamilton qualified in second and third places this afternoon for the Indian Grand Prix. 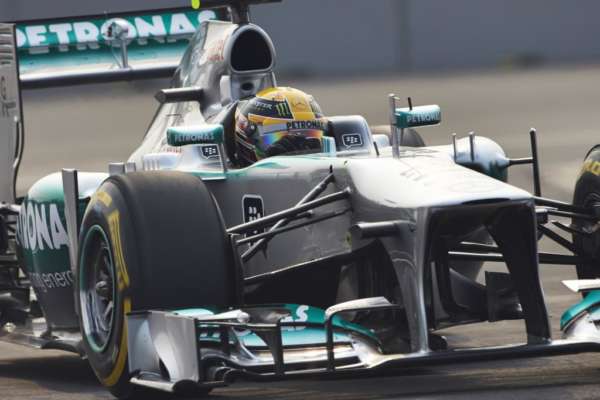 Talking about his performance, Nico Rosberg, said,”We have tried a lot of different things in the practice sessions this weekend to try and find an extra one or two tenths and I found a good set-up with my guys so I’m happy with our work so far. I just wanted to qualify ‘best of the rest’ today so I’m really happy with second place and starting on the front row. The race will be tough against Mark tomorrow, though, as he has the quicker car and is on a different strategy, but we’ll give it our all. For our team, the most important thing is to score as many points as possible so we can secure second place in the Constructors’ Championship at the end of the year.”

Lewis Hamilton said,”I’m pleased with third place today as it’s been a tough weekend to get the car set up and squeeze as much performance as possible from it. The team have done a great job to make progress since Friday and I’m delighted for everyone to see both Nico and I in the top three today. It was a good lap although I lost maybe a little bit of time at the last corner. Of course, tomorrow is what counts and the race will be difficult with the different strategies and tyre choices. We’ll hope for a good start, get rid of the softs early and then focus on pushing as hard as we can on the primes.”

Ross Brawn said,”That was as good a qualifying session as we could have hoped for. It built to a nice crescendo in Q3 and we made the right moves, managed things well and put in our best laps at just the right time having saved a new set of option tyres for the end of Q3. Obviously, we are committed to starting on the option tyre with both cars but we have them in good positions and can be pleased with that achievement this afternoon. It’s been a pretty tough weekend getting the car set-up right so far and the engineers and drivers have together done a thoroughly good job. Now we need to finish that job with a strong race tomorrow.”

Toto Wolff , said,”Second place with Nico and third with Lewis are satisfying positions after a pretty challenging weekend so far. It’s fair to say that we probably wouldn’t have been quite so high up the grid if everybody had run the option tyre in Q3, but equally we would not have been far off. The engineering team has done a good job to dial the car into the circuit, which continued to ramp up strongly during the qualifying session. The mix of strategies in the top ten will make for an interesting race tomorrow which could only unfold at the very end.”

Stay tuned to Motoroids for more updates from the 2013 Indian Grand Prix.