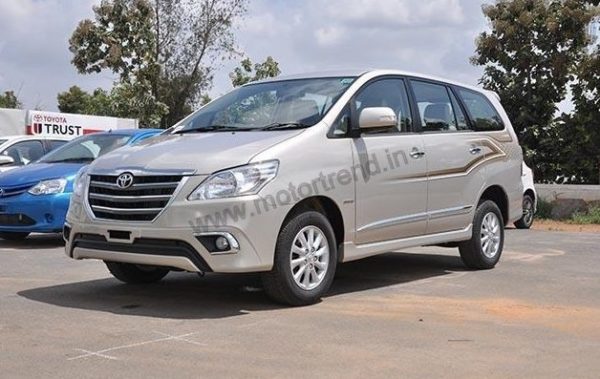 As the price list we have posted on a couple of occasions reveals, the new Toyota Innova Z will have an ex-showroom price of INR 15.06 lakhs in Delhi. This means that the Innova Z would be more than INR 50000 pricier than the V variant, the current flagship trim level. 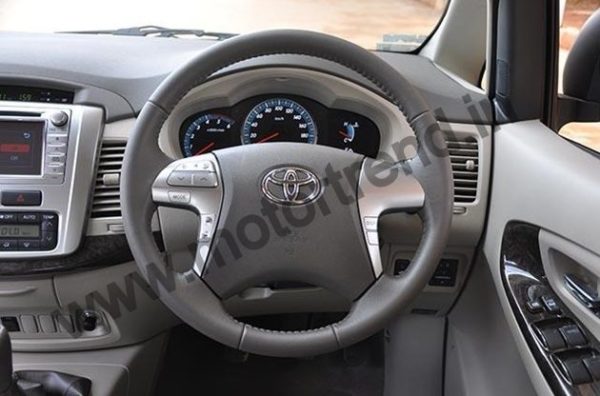 A recent spotting of the Toyota Innova Z variant reveals what all the new flagship trim would bring to us.

The images that you see here are indeed of the interiors and exteriors of the Z variant. The Z variant will come loaded with steering mounted audio-system controls, a new In-Car Entertainment system, alloy wheels, ABS and Dual SRS front airbags. All good until you notice that these features are also present on the VX variant. The only new bit we can see in these images is the new color for the faux wood inserts. Definitely not sufficient to warrant a higher price or even a new variant name, is it? 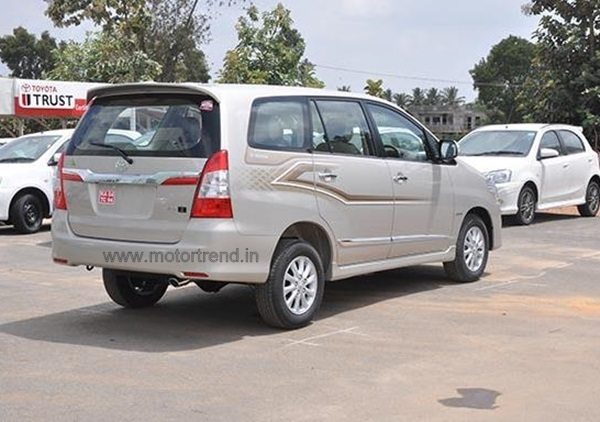 Exterior changes too are really minor and include addition of some chrome plated bits and body decals.

We really don’t know how TKM would make the target audience believe that the higher price tag is justifiable. We also don’t know why would anyone wish to spend extra on buying the Z variant over the VX. With so many questions in our mind, we would surely find it interesting to see the fate of the new Z flagship variant. Stay tuned.