German Formula One driver Sebastian Vettel is surely on everyone’s eyes. After winning races one after the another and securing the First Position in the F1 rankings, Vettel was always in the limelight. After the spat with his team-mate Mark Webber over the team order fiasco and also, the booing after Singapore GP win, now Sebastsian Vettel’s car’s legality has been questioned.  Former Formula 1 team-owner Giancarlo Minardi has questioned about the dominance of  Sebastian Vettel in Singapore GP. 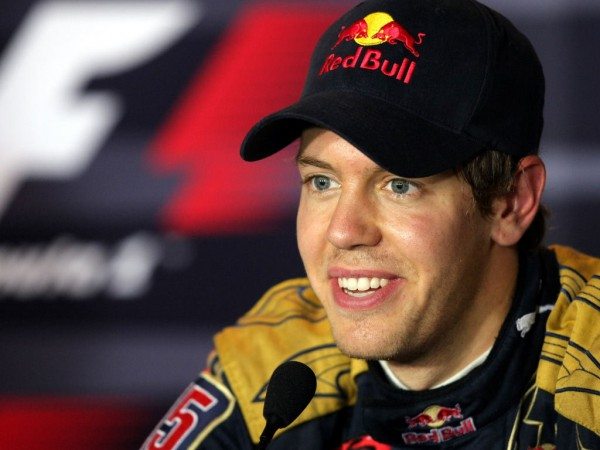 According to Minardi, who was present at the race, Vettel, who won the race easily, was  2 seconds faster than any other car during the whole race. Minardi further made a comment regarding traction control use on Vettel’s car, the RB9.

“From my suite, I chose some mainstays as a reference point in order to monitor and compare the drivers’ way of driving,” he said. “I was impressed by Vettel’s neat way of driving on that stretch of the track. He was able to drive all that stretch without making any corrections, unlike all his rivals (also his team-mate).

“On the same stretch, Sebastian was able to accelerate 50 metres before any other driver, his team-mate Mark Webber included. The thing that surprised me the most was the engine’s output sound. Besides speeding up 50m before any other driver, the Renault engine of the German’s car grinded like no other French engines on track, neither like Mark’s, added Minardi.

“That sound was similar to the sound made by the engine when the traction control system got into action in the past seasons”, he added.

“It’s not my intention to devalue Sebastian Vettel, who always manages his Red Bull the best way and I don’t want even to jab at anyone, I just want to tell what I personally saw and heard during that three-day-event”. “According to my experience, I think that a 2.5 second advantage each lap is really too much. It’s like a three-generation development gap, it’s a huge gap”,  he further added.

These allegations are likely to fire up a controversy. Also, we think the FIA should intervene and investigate into the allegations made by the former Formula 1 team owner.