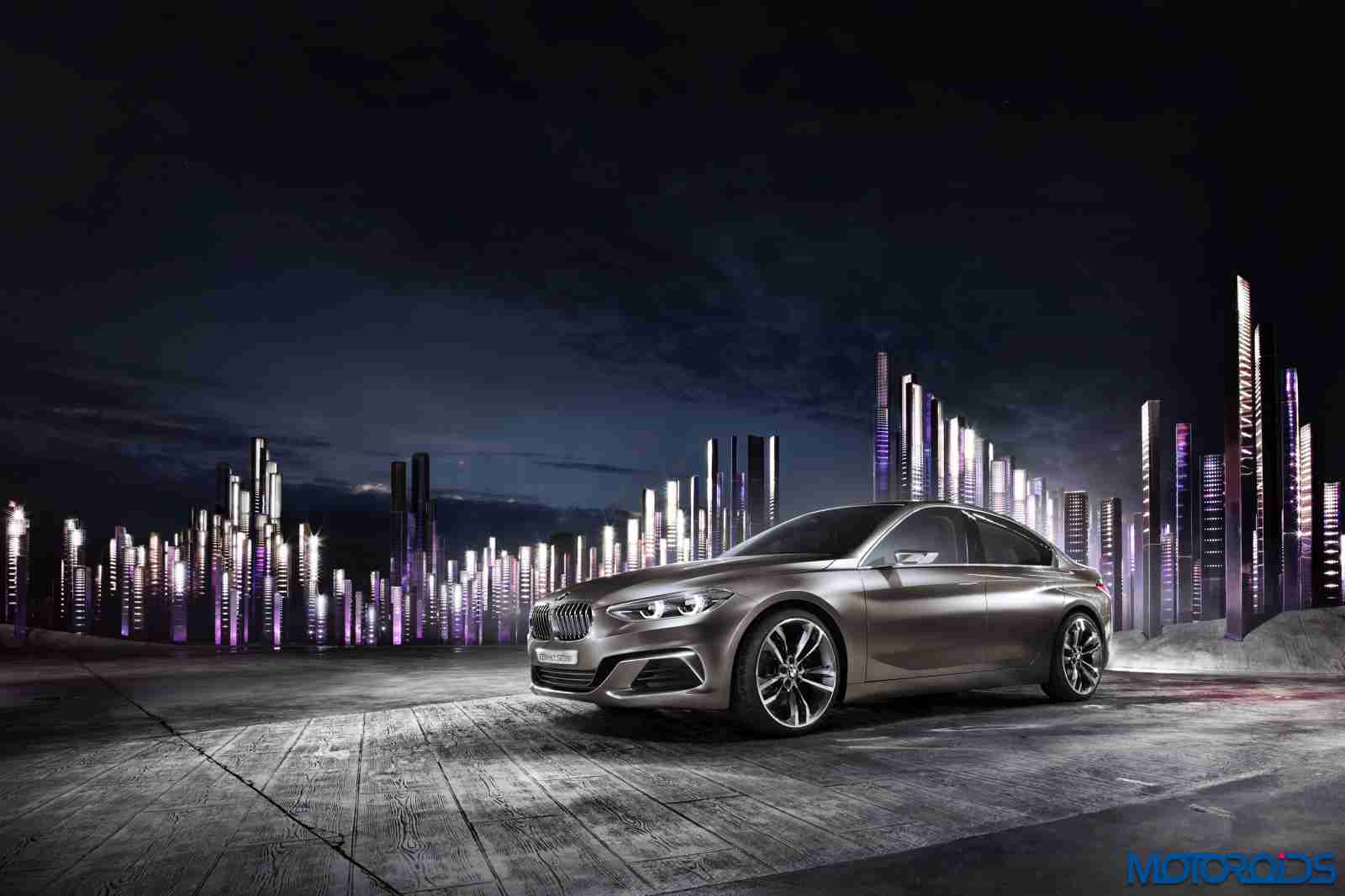 BMW unveiled its concept for a compact sedan at the Guangzhou Auto Show in China. The BMW Compact Sedan concept , once it hits production will take on rivals such as the Mercedes Benz CLA Class and the Audi A3. The compact sedan concept is not only about providing generous amounts of space in a compact sedan but also elegance and sporty ability one finds in a BMW.

Dubbed as the “1 series sedan” in concept form, the elongated bonnet and the long wheelbase of this car give it a visually stretched out look. The front end of the car has been given a slim look but doesn’t lose out on the signature kidney grille and twin circular headlights which never seem to age. The U shaped air intake splits the lower section of the front end into 3 parts for a broader appearance. The horizontal rear end of the car features L shaped tail lights which are powered by LED lighting elements adding to a brighter display in the night as well. 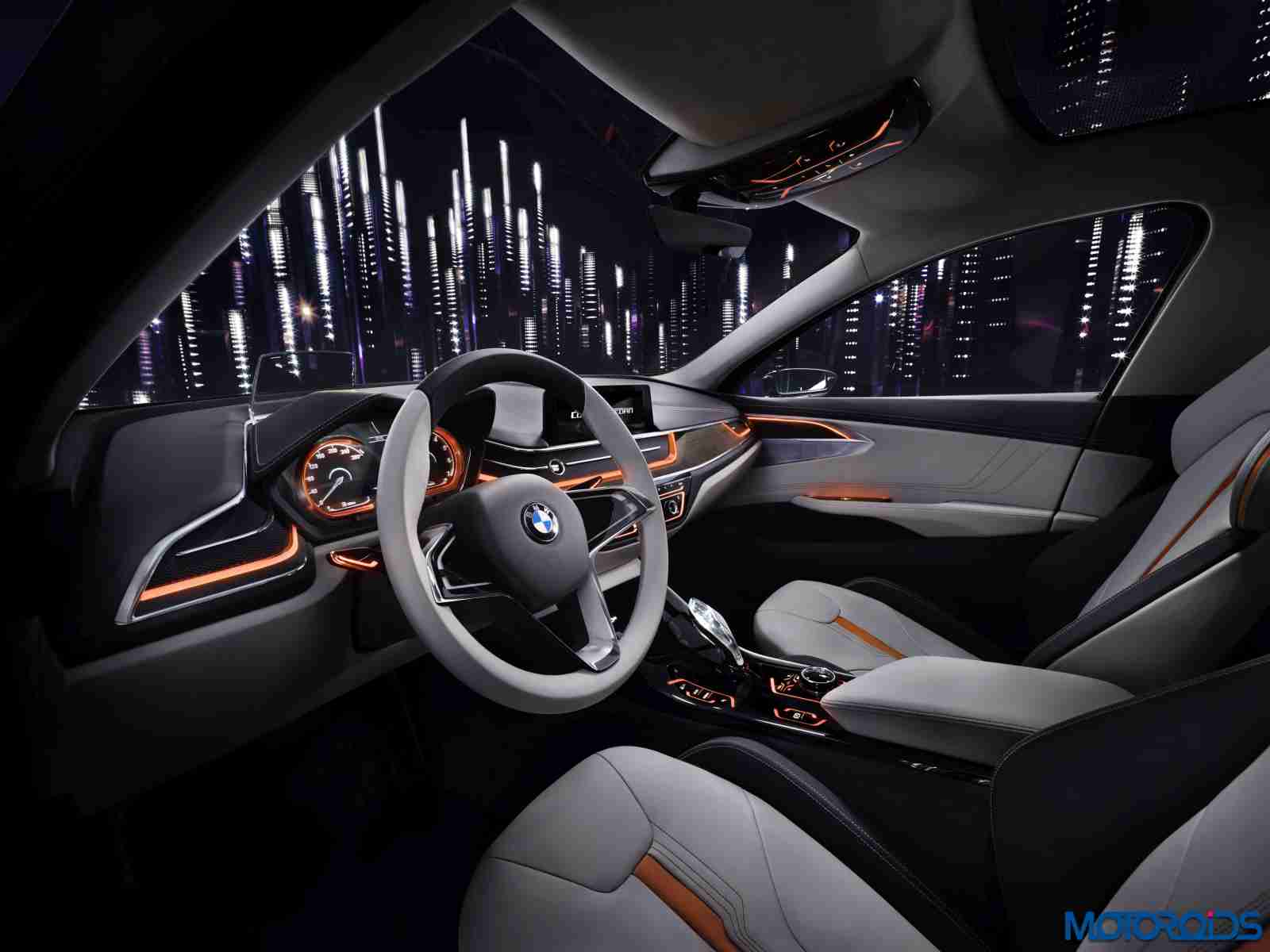 Once inside this compact sedan one can notice the function keys or buttons for the steering wheel, centre rack and an orange light lined centre console. Door openers are perated using touch sensitive backlit surfaces and come in a high-gloss black trim. A heads up display and an 8.8 inch screen above the dashboard contains all the information the driver requires. The rear compartment which owing to the car’s compact dimensions can seat only two passengers, though comfortably so. It includes a two tone premium finish ivory and brown treatment. The panoramic roof extends to the second row of seats for an open, airy ambience. The central console features a separate climate control for the rear compartment thereby adding to the comfort and luxury of rear passengers. 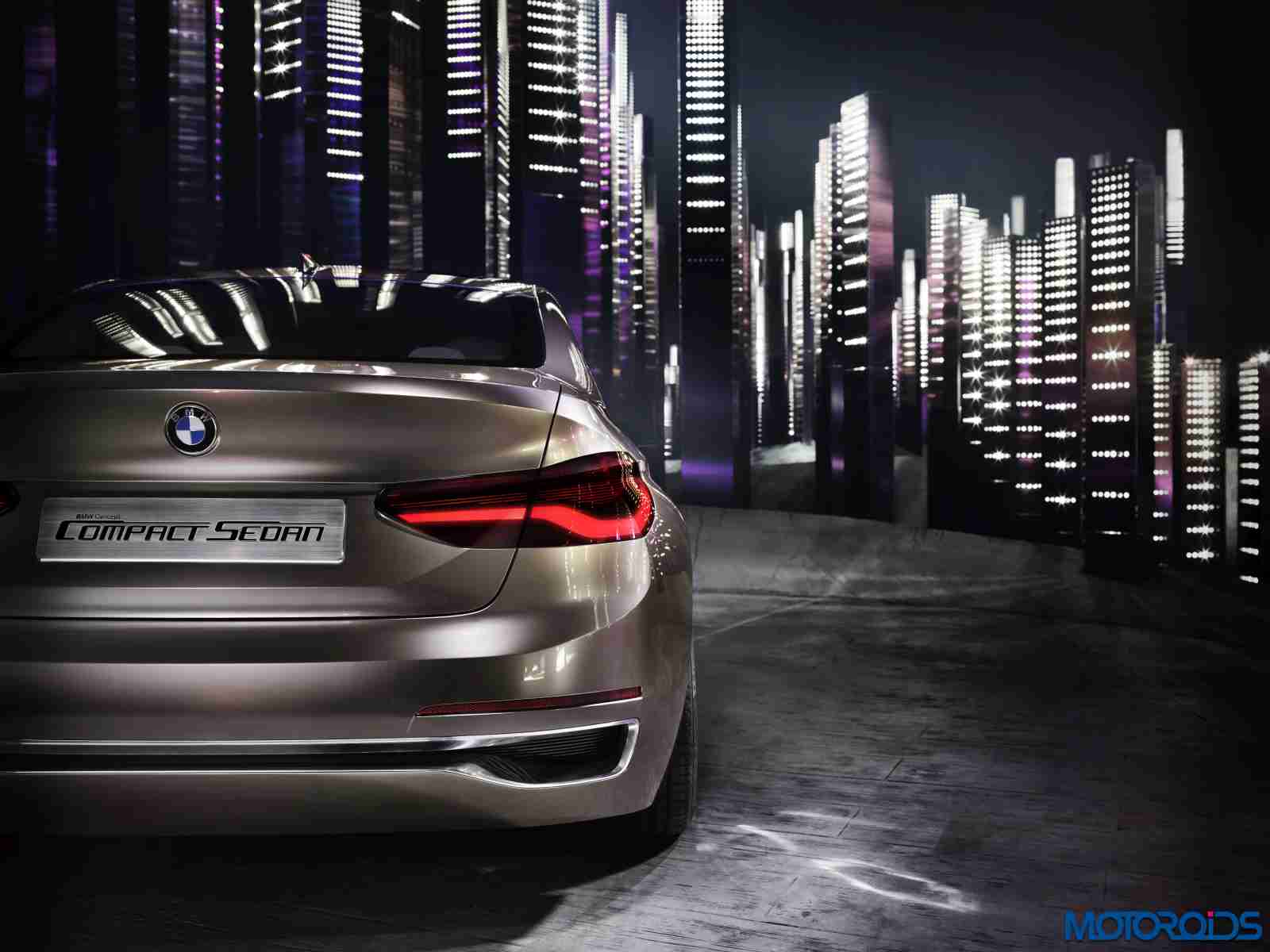 Although engine specifications have not been disclosed, one can expect a front wheel driven car likely to be combined with a three cylinder or a four cylinder engine that are seen in the 2 series. These engines come in the form of a 135 hp 1.5-liter petrol engine, a 150 hp 2.0-liter diesel  or a 231 hp 2.0-liter petrol. Certain sources also claim that the top model of this compact sedan might receive an xDrive system. 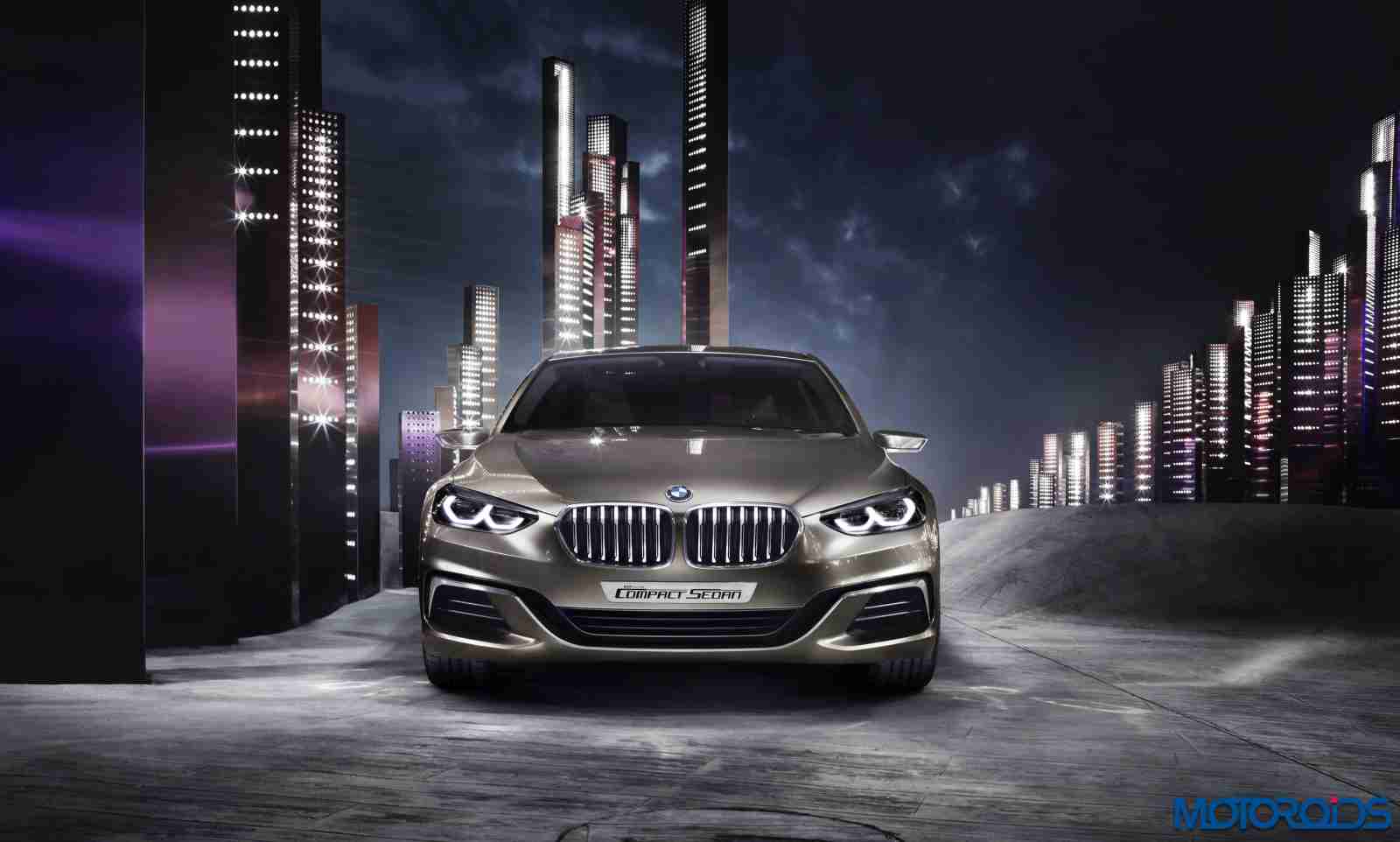 Does this compact sedan come across as a worthy rival to the M-B CLA or the A3? Write back to us via comments or through our various social media channels.