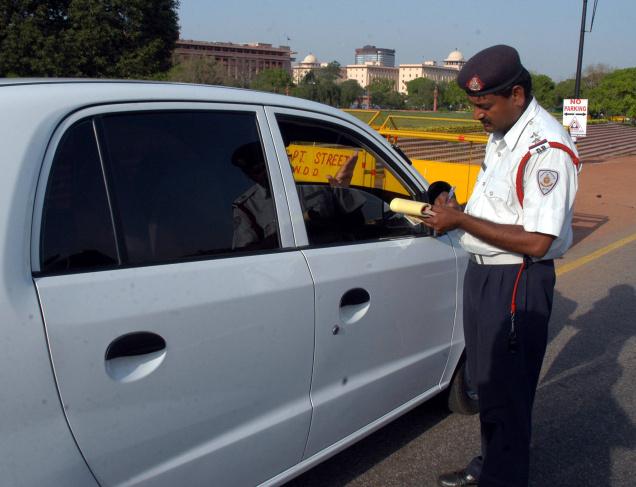 Earlier today, Union Cabinet gave a green signal to the proposed changes in the Motor Vehicle Act. Following this development will be passing of a legislation in the

Parliament to increase penalties on violation of traffic rules. This bill should be reach the Rajya Sabha duing the passing of the Budget. Here are the ammedments that

are being made to the Motor Vehilce Act:

1) A fine of Rs,500 not wearing seat belt or helmet on a two wheeler or for jumping a red light for the first time. It may be noted that all kind of fines will

multiply on repetition of the violation by the same offender.

2) Drunk driving will now result into a higher penality and a term in prison (if not in a hospital after a mishap). Drunk drivers will be served with ticket as per the

alcohol levels in the blood. The jail sentence can go up to a two-years with fine of upto Rs 5,000.

3) Speeding will attract a fine of Rs 1,000 for the first timers. However, the penalty can go as high as Rs 5,000 on repeated violations.

4) Being caught using a cellphone will entitle the offender to a fine of Rs 500. Subsequent infringements can go all the way to Rs 5,000.

The govt. wishes to use stricter penalties as a deterrent and make the road users follow the traffic laws. It may be noted that the new fines will see people shelling

out 8-10 times more than the current amount. The ammedments intend to keep the drivers/riders away from drunk driving, speeding, non-wearing of seatbelts and helmet

and use of cellphone. Higher fines on subsequent violations will keep the regular offenders under check.