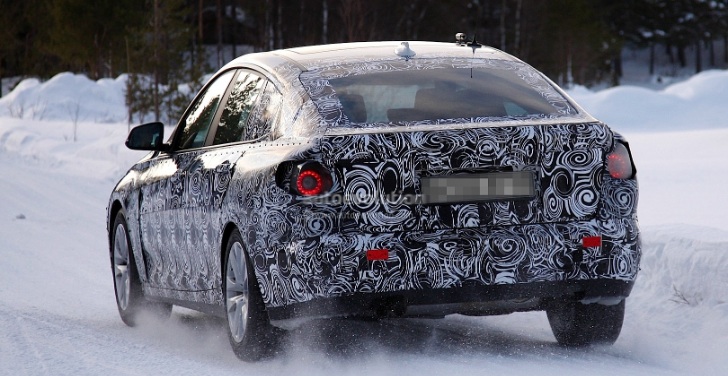 Surprisingly, the new BMW 3 series Gran Turismo is going to look nothing like the elder sibling 5-Series Gran Turismo.The car seen here is a per-production concept and the production version should look a tad different to it. The good folks at the Munich based auto maker reported today that tnis Bimmer will sport a retractable rear wing. While the wing is not seen retracted in this pic here, the wing can be seen between the boot lip and the glass.
The 3-Series Gran Turismo is the codename F43 and will share the platform with the new F30 3-Series sedan. The prototype that was caught testing sported a panoramic roof and will further enhance the appeal of the new car.