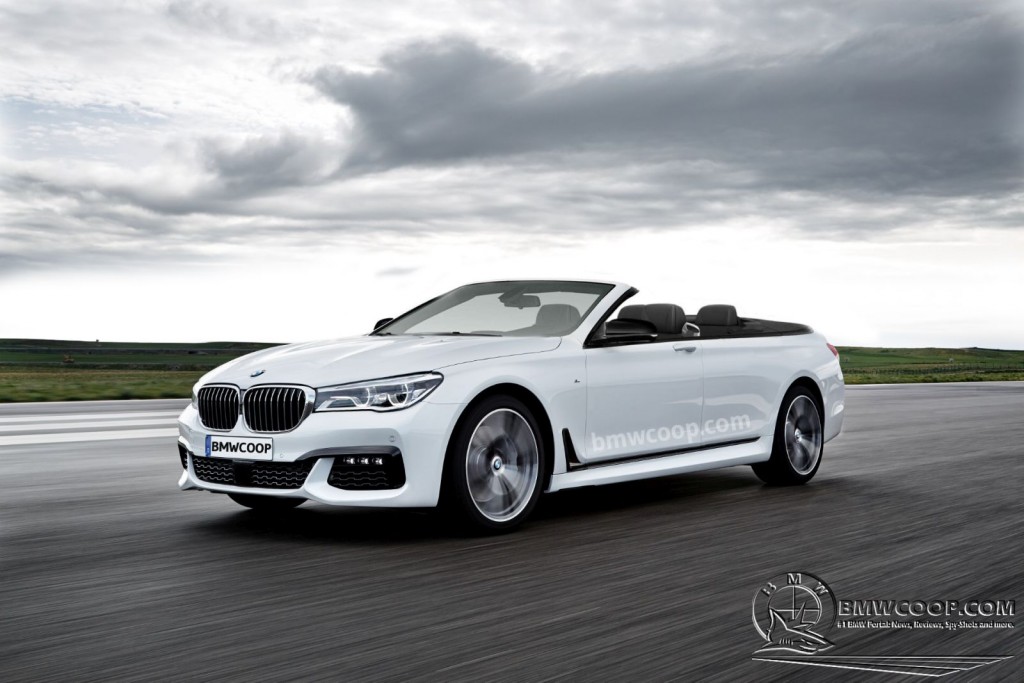 BMW recently unveiled its new 2016 7-series was recently unveiled but the folks at BMWCoop wanted something more from this luxury sedan. The online publication artistically re-imagines an open-top version of the luxury sedan equipped with a M-Sport package. While there is no official confirmation from BMW about any such convertible, rumour mill suggests that an open-top 7-series might be in the pipeline to compete against the Mercedes S-Class convertible.

If this model does make it to assembly line, it is likely to carry the same engine range that powers the 2016 BMW 7-Series. The new 2016 BMW 7-Series will be available with the following engine and variant options : 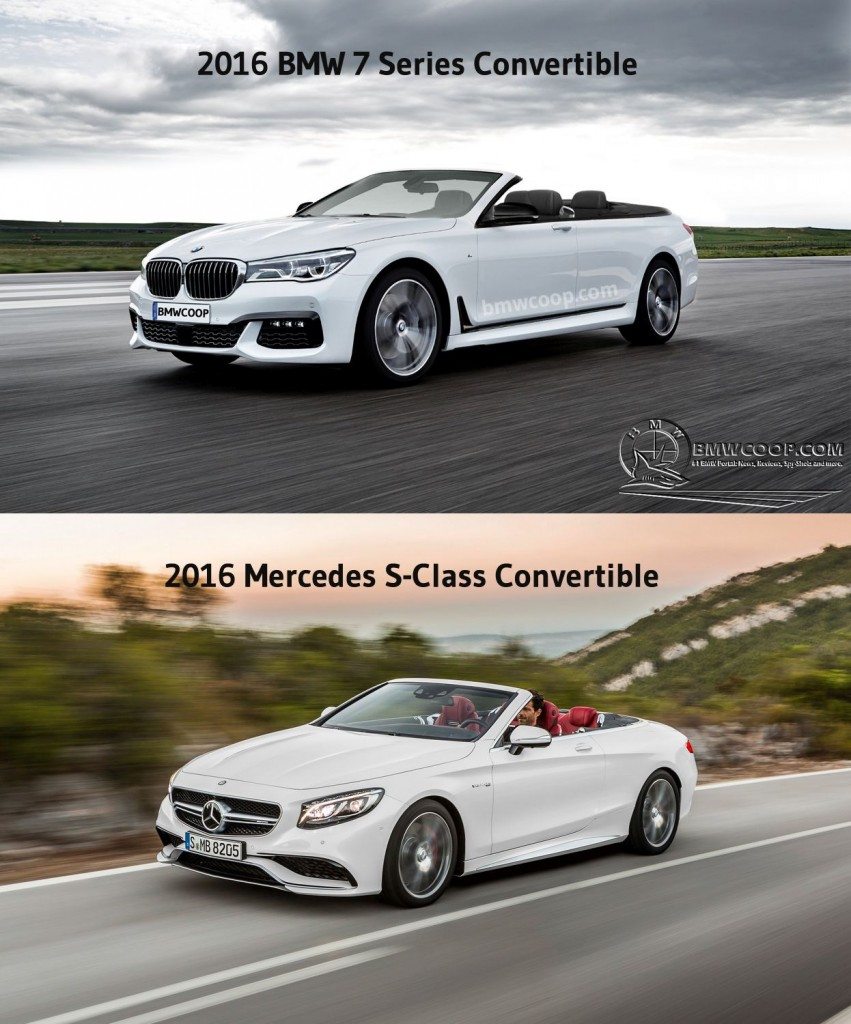 The convertible, if it turns into a reality, will carry the same front fascia as the new 2016 BMW 7-Series and will feature a prominent twin kidney grille that is flanked by standard LED headlights or optional Laserlight headlights. Other notable bits, similar to the 2016 variant, are likely to include L-shaped taillights and a variety of wheels in sizes ranging from 17- to 21-inches.

There is no official word about this convertible but we really hope this makes it to production. Do you agree? Let us know your views through the comments section below.