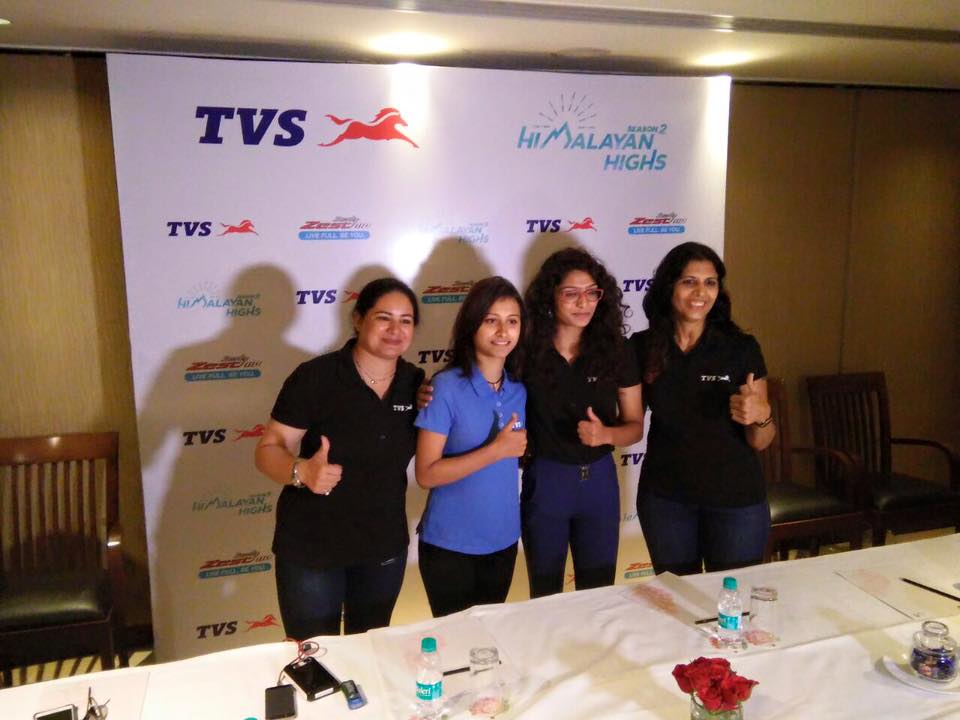 TVS Motor Company announced the successful completion of Himalayan Highs Season 2 with 11 women riders from across India riding to Khardung La, the world’s highest motorable road on TVS Scooty Zest 110. Led by Anam Hashim, the solo rider of Himalayan Highs Season 1, the entourage earned themselves a place in India Book of Records for being the first group of women riders to conquer Khardung La on a 110cc scooter. Flagged off on 11th August from Mandi (Himachal Pradesh), the Season 2 concluded on 21st August when the women riders successfully scaled 18,340 feet to reach Khardung La. The 10 riders who accompanied Anam on the ride were as follows:

Himalayan Highs Season 2 kicked off in June 2016 and, according to the company, it has witnessed a massive response across the country with about 50,000 enquiries from women riders and enthusiasts across all 29 states and select union territories. The applicants were evaluated and shortlisted based on psychographics, physical fitness, mental strength and then they were trained as they came with different riding prowess. 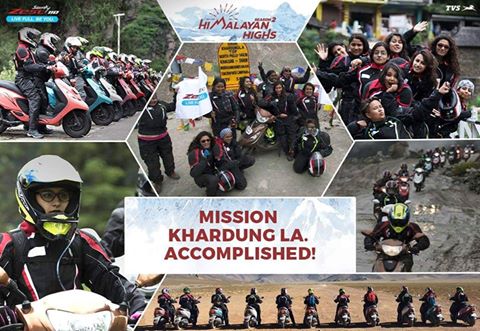 Aniruddha Haldar, Vice President – Marketing (Scooters), TVS Motor Company, said that the Season 2 of Himalayan Highs has been a grand success and they are elated that the initiative was recognized by the India Book of Records. The riders showed true grit and determination battling the weather and altitude, while they rode TVS Scooty Zest 110 to the record books. This month has been a month of highs for the Indian women across the globe and they are happy that their riders have also earned glory. These 11 women riders are an example of the new age Indian women and an inspiration to those who want to pursue their dreams.

Anam Hashim said, “I would like to thank TVS Motor Company for letting me lead this group of enthusiastic women riders to set a new record at Khardung La. It wasn’t an easy ride to the top as our mental and physical fitness was put to the test with the unpredictable weather and harsh environment. The nimble, however strong and powerful TVS Scooty Zest 110 yet again proved to be a wonderful, able and reliable companion to the girls as they rode to Khardung La without a hitch.”