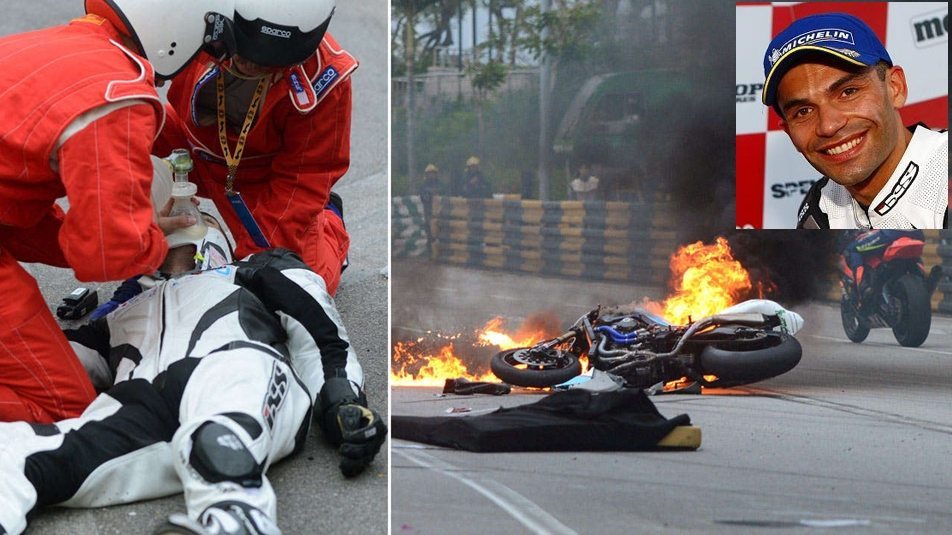 Death in sports is always a terrifying sight considering the end result is nothing but entertainment for the spectators who flock to sporting arenas to have a good time. Simoncelli’s fatal crash at Sepang last year put the Motorsports world into deep mourning and with just a year later, it was 35 year old Portuguese Racer Luis Carreira who was killed in a crash yesterday during qualifying at the Macau Grand Prix. Carreira crashed into the dreaded Fisherman’s Bend during qualifying and even with the quick aid of medics to the scene and hospitalisation, he couldn’t live for more than 20 minutes post arrival. A regular at TT events after his debut in 2009, Carreira’s had his career best finish at 13th position at the Isle of Man TT in 2011.

Tributes have been coming in for the deceased rider from various parts of the Motorsports world and all we could say is R.I.P. Luis!