Let’s face it, most of us have been through a situation where we’ve been fined by a traffic cop for nothing. The other sad part of that truth is that to get on with our lives without wasting time, we try greasing palms and move on, thinking, that’s a small price to pay for the unnecessary hassle.

Unfortunately, that practice is now a way of life in our country and more than those who drive private vehicles, truckers are the ones who are most vulnerable. Need proof? The next time you reach a major toll booth with heavy traffic police presence, just pay attention to how truckers are directed to the road’s shoulder by a lathi-wielding officer, once they’re done paying at the booth. 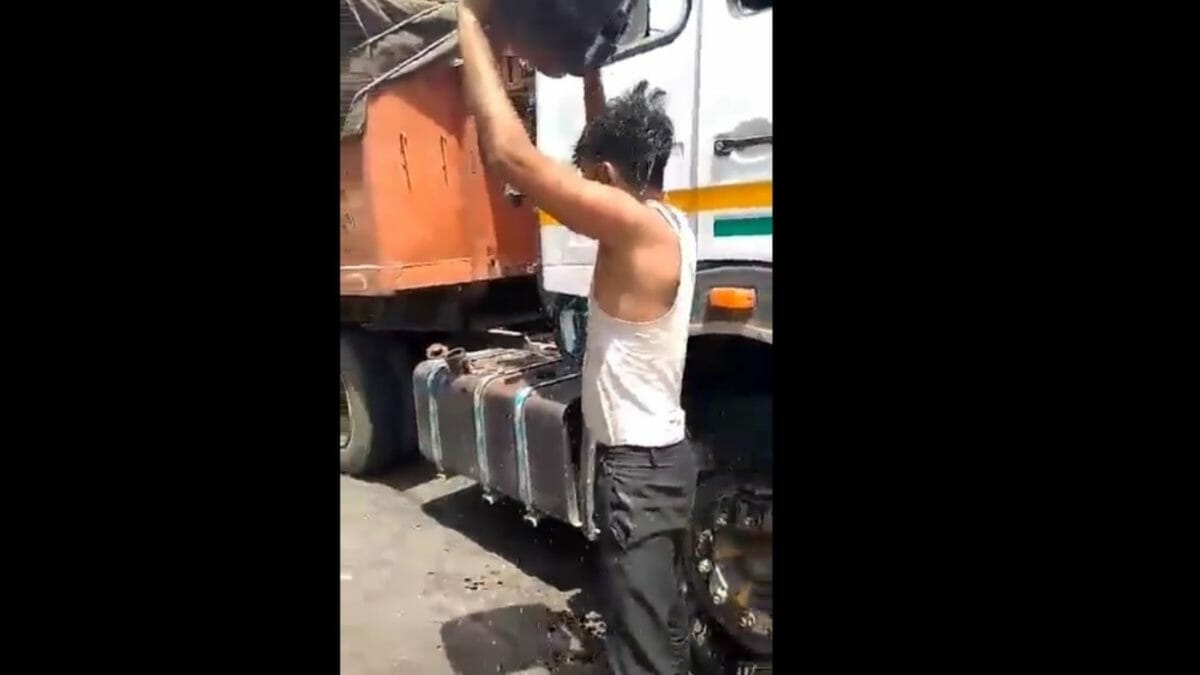 These guys drive between states and every time they cross a border, draconian laws require their documents and permits to be verified. Even if everything’s in order, something which isn’t according to traffic or transportation laws is discovered, and then the truck driver must cough up the money, only to be stopped again somewhere else, by someone else. We aren’t saying that the authorities must stop doing their job. But there is a clear difference between harassment and execution of duty.

As this truck driver discovered while he was on his way and was stopped by an RTO squad for an entry permit. We aren’t very sure about what happened, but the trucker seems to have been fined once already and was being asked for another fine for the same reason while on his way back. Frustrated by their behaviour, the trucker attempts self-immolation, citing that he was so tired of paying the authorities, he doesn’t know anymore how to feed his family or pay the truck’s EMIs.

Between all this, he is confronted by a passerby who attempts to understand his problem and as they walk towards the RTO squad’s vehicle, the white SUV chooses to flee the scene. Clearly, they must’ve done something which they could not confront. It’s a sad sight though, where on one hand, we are going all out to ask the world to come and do business in India, while on the other, we still cannot fix the behaviour of the majority of our ‘Babus’, who have a big role to play when it comes to things related to infrastructure, taxation, transportation and all other such essentials. And without the smooth integration of the aforementioned, a country can never become an ideal location for external investment. And with things in such a state, even ‘Atmanirbhar’ will only remain a word. We need reforms in bureaucracy, in our laws, in a lot of other things, and we need them desperately. More than that, we need to think about reforms on a personal level too. We’re here because all of us have been a part of it in some way or the other.