Triumph has unveiled their 2014 lineup of the Bonneville, Thruxton and Scrambler motorcycles with changes majorly being aesthetic over the 2013 models. 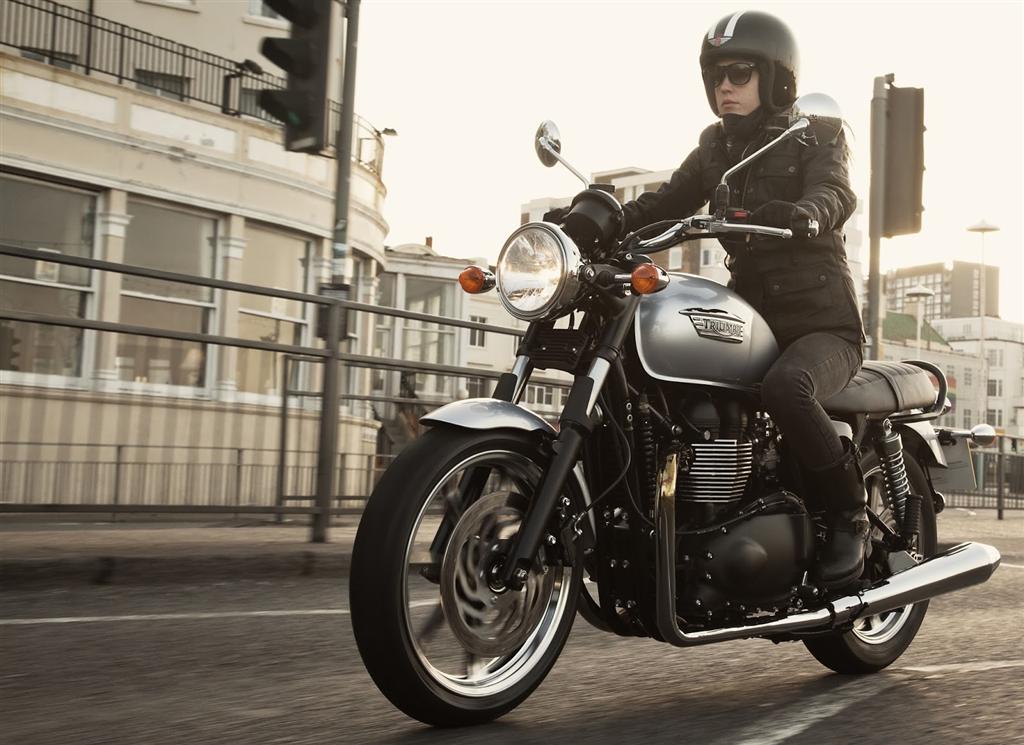 Starting with the retro-styled Triumph Bonneville, the 2014 version of the 865cc twin gets a different badge with the motorcycle available in shades of Phantom Black, Lunar Silver or Crystal White/Sapphire Blue. The cooling fins have been given a machined finish with the oil cooler textured in black. The seat has been redesigned for better comfort and a newly designed exhaust has been put in place giving the Bonneville a different beat. 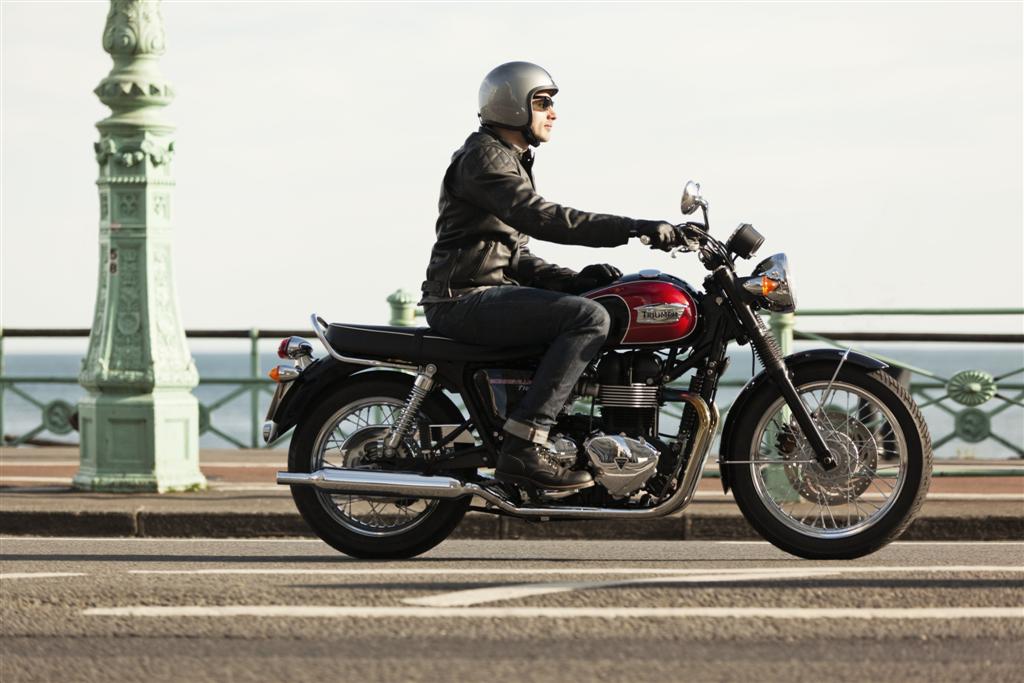 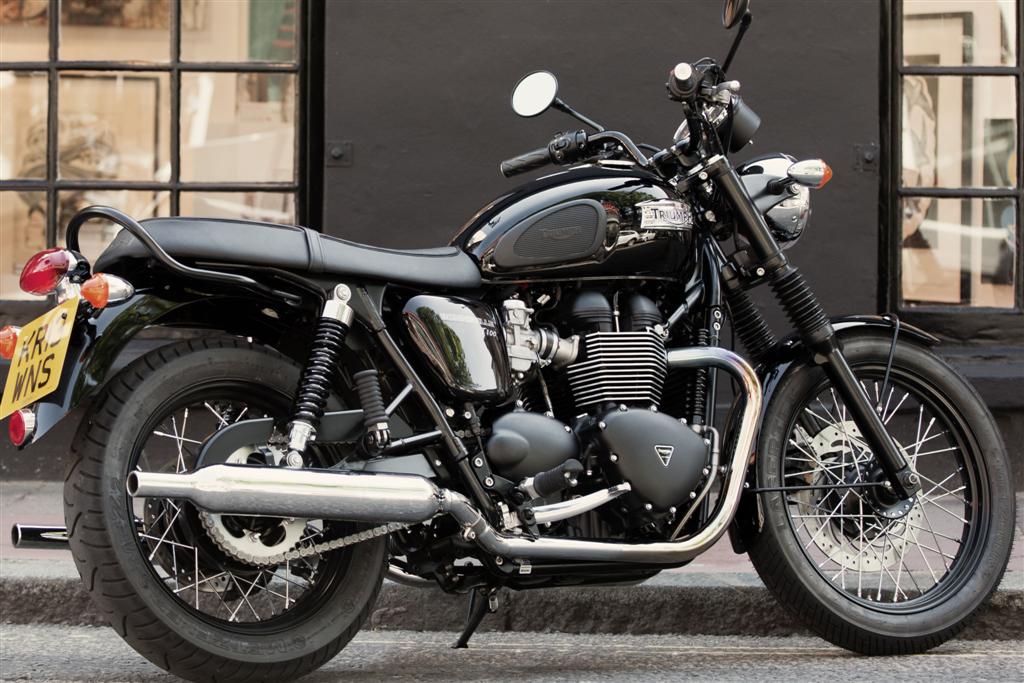 The 1964 Bonneville inspired 2014 T100 has been treated with a crystal white and gold plate scheme whereas the 2014 T100 Black as the name suggests comes wrapped in a black shade albeit with bits of chrome. The two T100s also receive a new silencer claimed to render better growl to the two motorcycles. 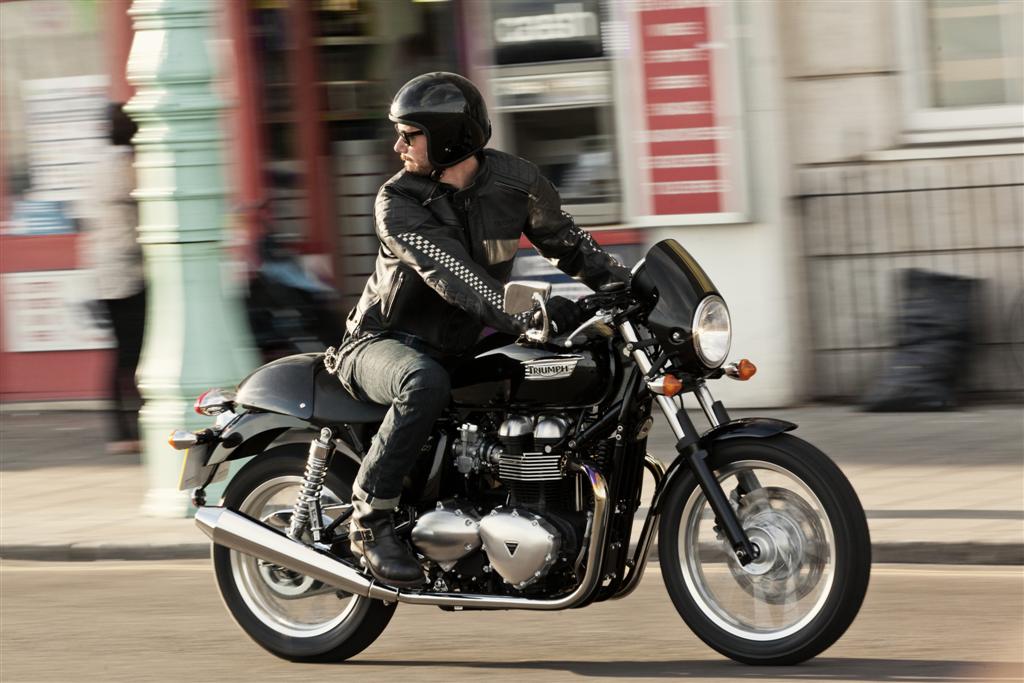 The 2014 Triumph Thruxton too gets a similar to the Bonneville receives machined finish on the cylinder head cooling fins, a blacked out oil cooler with an addition of a chromed chain guard. Available in shades of Phantom Black and Brooklands Green, the 2014 Triumph Thruxton also features a colour-matched flyscreen and gold stripe details that merges with the seat cowl as standard equipment. A revised megaphone silencer is said to have a more liberating sound. 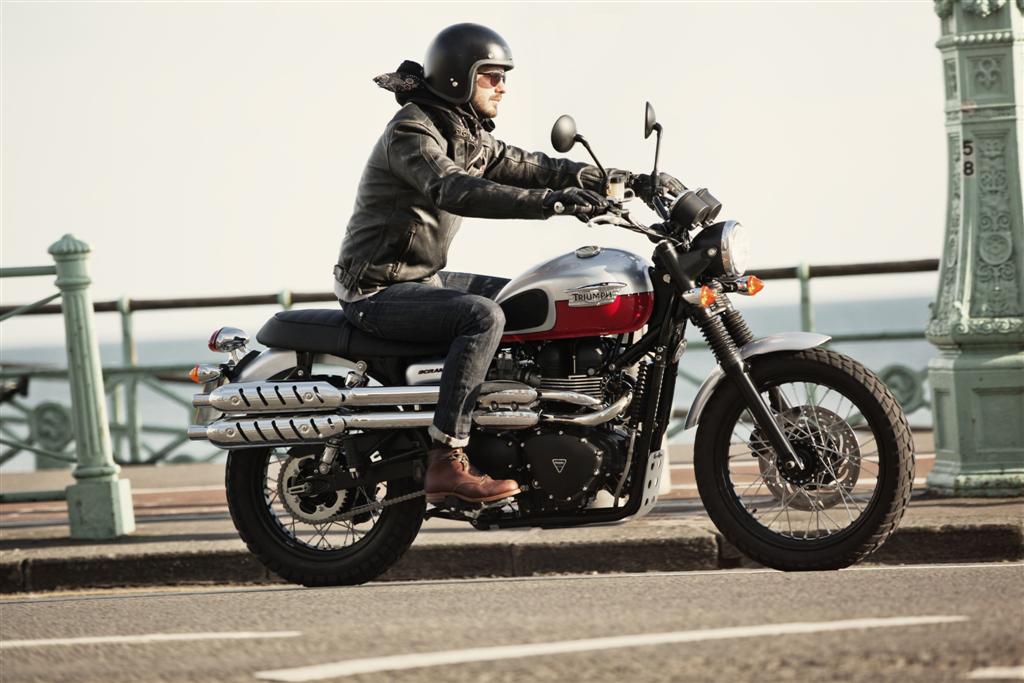 And finally the 2014 Triumph Scrambler gets blacked out treatment to the oil cooler, wheels and hubs, handlebars and the rear master cylinder reservoir cover. Also a redesigned seat and an anodized aluminium engine bash plate conclude the changes on the Scrambler. Colour options on the Scrambler are limited to Matt Pacific Blue and striking Lunar Silver/Diablo Red combination.

So what’s your pick?