Triumph Motorcycles has scheduled the launch of the latest Speed Twin in India on the 24th of April. The Triumph Speed Twin was first introduced in 1938 and was equipped with the revolutionary twin-cylinder engine. Now in 2019, the new Speed Twin is basically a model that Triumph prefers to call a modern custom roadster. The new Speed Twin is now designed in such a way that you can easily recognize the classic lines flowing along the retro-styled panels and the new chunky fuel tank. The overall appearance is quite similar to the Street Twin. 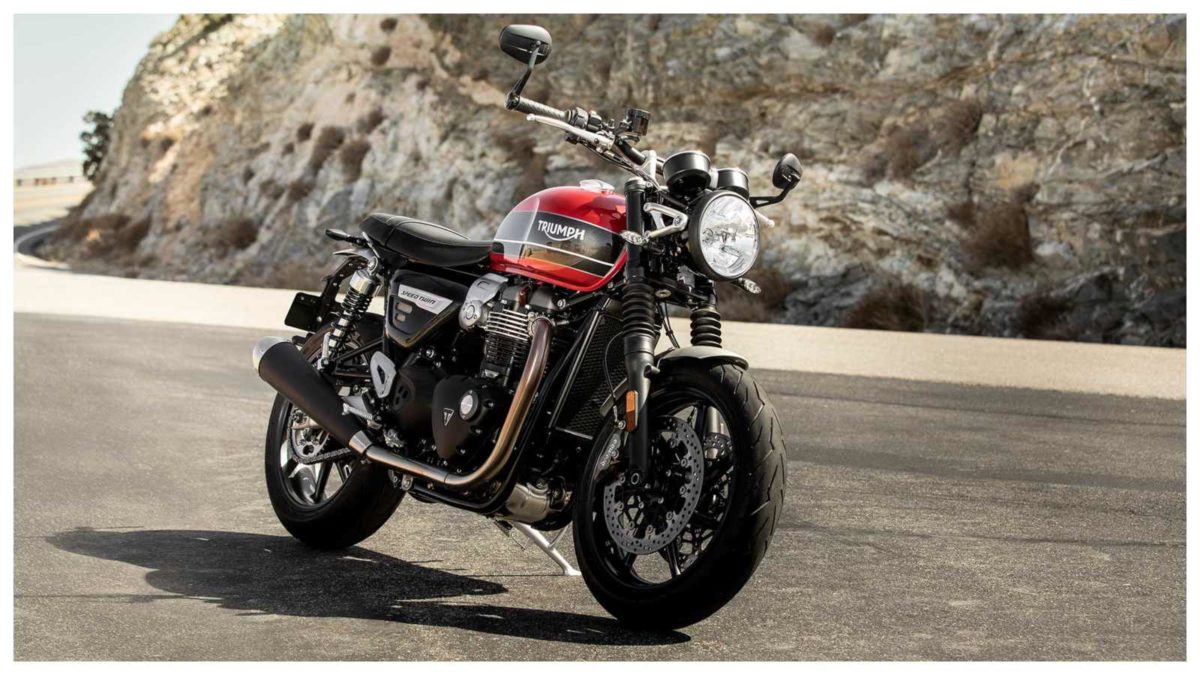 The new 1200cc liquid-cooled parallel-twin engine in the Speed Twin is borrowed from the Thruxton, but Triumph has used new innovative materials which have drastically reduced the weight of the engine. This means the motor in the new Speed Twin is now 2.5kgs lighter than the Thruxton’s, and this feat was achieved by using magnesium cam covers along with some light-weight engine covers and a new clutch assembly. Triumph’s main focus during the development phase was to ensure that the Speed Twin weighs less than the Thruxton, this resulted in a 10kg weight reduction, making it 10kgs lighter than the Thruxton. Triumph also offers a whole bunch of new features for the 2019 Speed Twin, like the ride-by-wire technology, a torque-assisted clutch along with three riding modes (Road, Sport and Rain). The new Speed Twin is also equipped with an ABS and a traction control system. 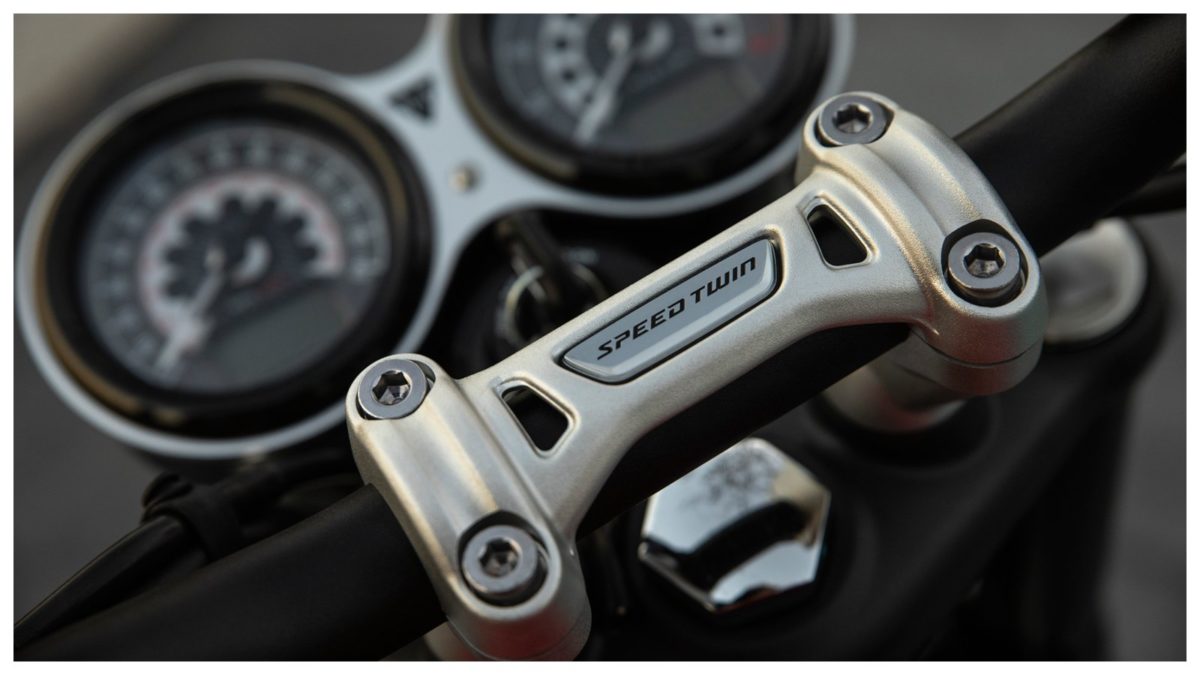 In terms of design, the new version of the Speed Twin gets shiny-new aluminium fenders, along with a thick tank that gets hand-painted pinstripes. To maintain the retro-classic theme of the Speed Twin, Triumph has replaced the TFT instrument cluster with a beautifully designed, classic analogue, twin-dial unit. The motorcycle also gets LED daytime running headlamps and taillamps, along with LED indicators. The bike is also fitted with a USB charging socket which is placed near the twin-dial instrument console. The bike gets an overall retro-finish, and we expect to see more of it on Triumph’s Bonneville range. 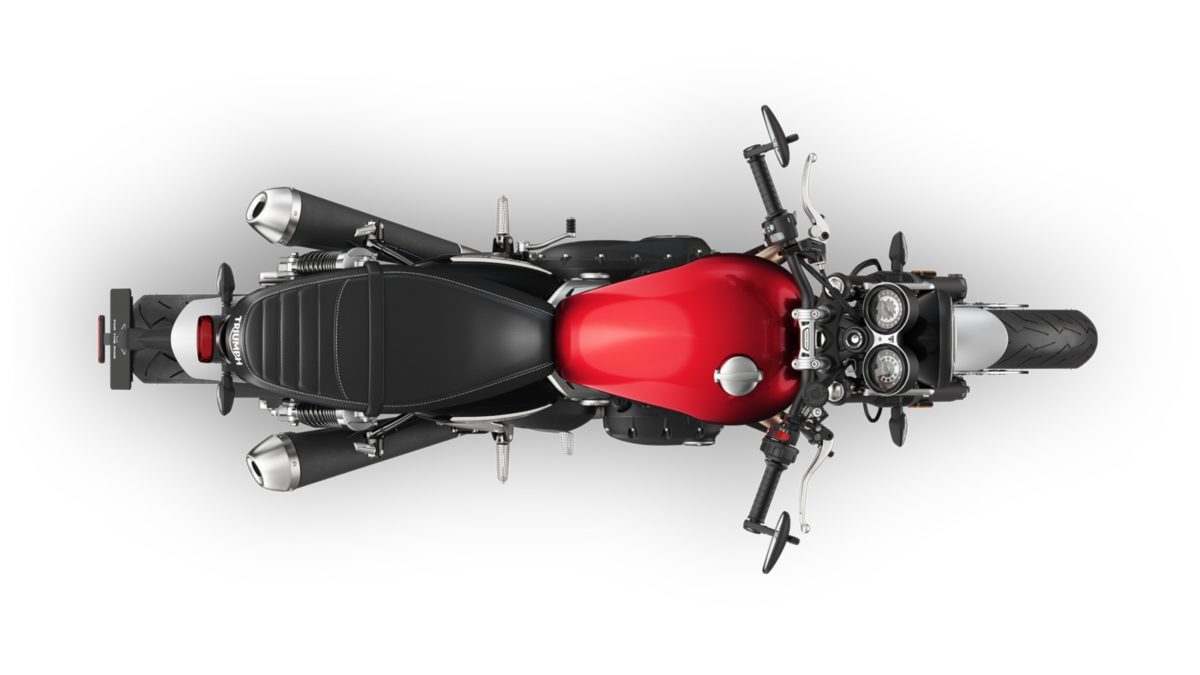 The Speed Twin gets an updated version of Triumph’s 1200cc engine  This engine produces 96 bhp at 6,750 rpm and 112 Nm of torque at 4,950 rpm. The engine is paired to a 6-speed manual gearbox. To complement this engine’s performance, Triumph has loaded this bike with twin exhausts which produce a throaty British exhaust note. As we can see, the Speed Twin is a well-equipped, premium motorcycle, we expect the prices to be around Rs 10-12 lakhs. Triumph dealerships have started accepting advance bookings for the new Speed Twin, and the bikes are expected to be delivered by the end of April. We’ll get you all the updates from the launch, stay tuned!