Triumph Motorcycles have revealed its final Moto2 engine prototype bike. Seven riders from the Moto2 and Moto3 championship got an opportunity to check out the prototype bike. The riders who saw the new Triumph prototype are: 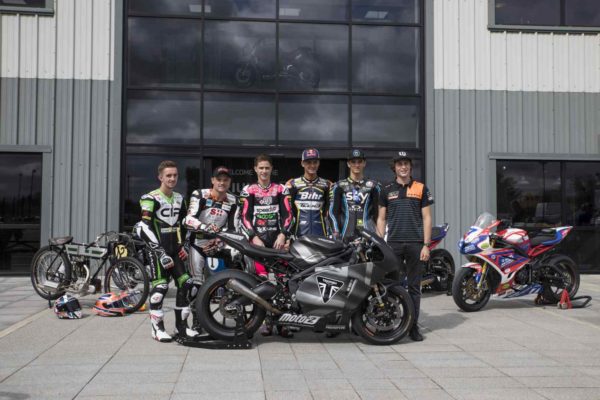 The motorcycle was showcased at Day of Champions ‘Two Wheels for Life’ charity auction on August 23, 2018. It will now be displayed on Silverstone racetrack just before the Moto2 race at the British Grand Prix. Former multiple World Superbike Champion and BT Sport MotoGP commentator James Toseland will ride Triumph’s final engine prototype bike, with Union Jack scheme, at the Silverstone circuit.

Triumph’s powerful new Moto2, inline triple 765cc engines were matched with Magneti Marelli super-customisable ECUs and some of the key chassis manufacturers’ prototype race set-ups for the very first time, with results well on track for the 2019 racing season. During the test, three of the chassis manufacturer teams (Kalex, KTM and NTS ) ran the Triumph 765cc Moto2TM engine for the first time on track in their prototype 2019 frames, pushing the 765cc powerplant under near-race conditions. 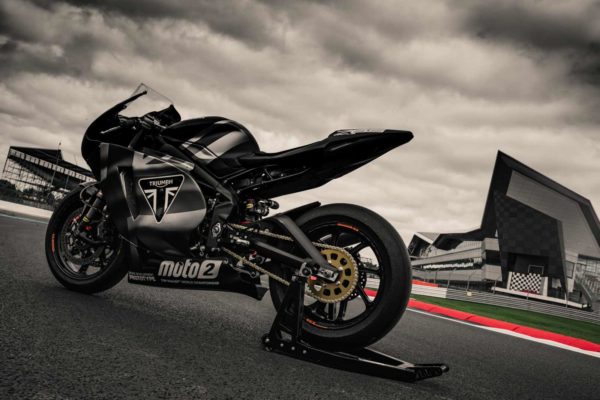 Based on the highest specification 765 cc powerplant from the Street Triple RS, the Triumph Moto2 Triple race engine has been developed and tuned for a major step up in power and torque with the following modifications: 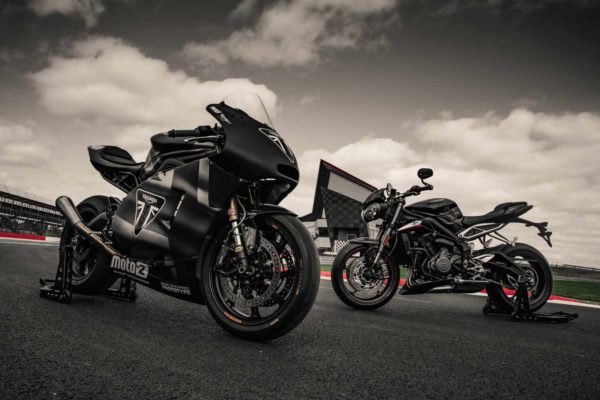 In road set-up the new 765cc engine on the Street Triple RS delivers a power output of 123PS @ 11,700 rpm and 77 Nm of torque @ 10,800 rpm. It has more than 80 new parts compared to the previous generation engine, including an increase to the bore and stroke. All-new engine components include: 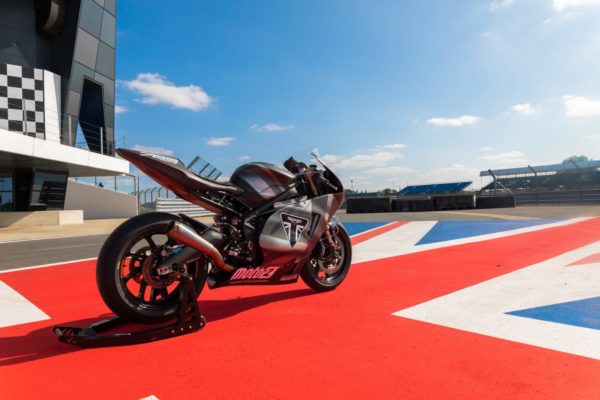 The race specification Triumph 765cc Moto2 engine has been developed further to allow the engine to breathe more freely and rev harder than the production bike to increase overall performance. Other changes have been made specifically to adapt the engine for race use.