Iconic British bike maker Triumph has released an official sketch of its upcoming ‘made in India’ motorcycle. The sketch was presented at the 2013 EICMA International Motorcycle Exhibition in Milan and the sketch was revealed along with some details of the bike. 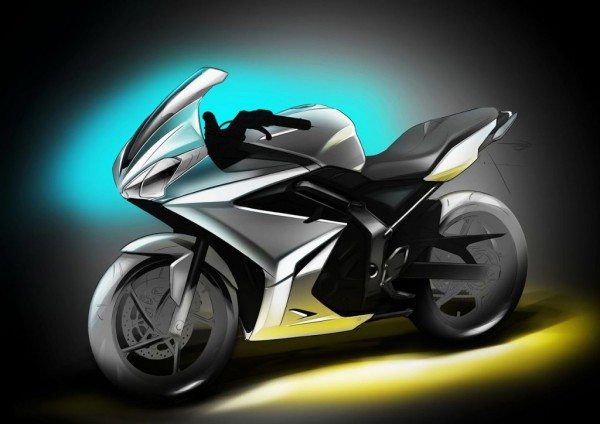 Triumph hasn’t yet named the upcoming 250cc motorcycle but has stated that the model will be built at Triumph’s upcoming Narasapura plant in Karnataka. Sales are likely to commence in 2015 and powering the bike would be a single-cylinder 250cc engine. While the bike maker has refrained from divulging further details on the engine specs, we believe that the motor would have class leading power and torque figures.

It isn’t yet for sure if the upcoming 250cc motorcycle would be a global model but it is very certain that the bike would become the cheapest model in Triumph’s product portfolio.

Triumph motorcycles will officially enter India on November 28! Bike aficionados and industry watchers would remember that Triumph unveiled its product portfolio for India at the 2012 Indian Auto Expo and even announced model-wise prices. If Triumph is to retain these prices, the Triumph Bonneville, which would be the entry level model in Triumph India line up, would go on sale for a price of INR 5.5 Lakhs. The very exciting Rocket III will become the flagship model and go on sale for a rather steep INR 22 Lakhs.

However, all thanks to factors such as rupee-dollar fluctuations, et al, it is expected that there will be a considerable increase in the prices shown above. In spite of the increased price tag, we reckon that an entry in to the Triumph club won’t set you back by more than INR 6.25 lakhs. Also, we feel that this figure could be reduced by more than half with the advent of the 250cc Triumph made in India motorcycle in 2015.

Are you excited about Triumph Motorcycles coming to India? We are.