Toyota has released all the details for its IAA-bound Yaris Hybrid-R concept which is scheduled to be unvieled next week. 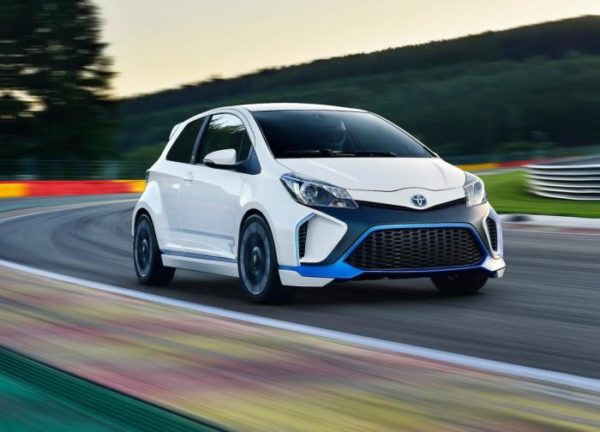 This Hybrid-R concept is based  on the three-door Yaris and is powered by a four-cylinder 1.6-liter turbocharged engine delivering a whopping 300 bhp of max power and 420 Nm of torque to the front wheels, while both the  rear wheels are driven by an electric motors which produces 60 bhp each. These two electric motors have a combined maximum output of 120 bhp available for up to five seconds when the Track mode is active. During this five-second interval, this hybrid-R concept produces a whopping maximum output of 420 bhp.

There is also a third 60 bhp electric motor which is installed between the conventional power unit and the six-speed sequential gearbox which works during deceleration to feed the super capacitor and also during acceleration to power the two rear electric motors, but only when the power and torque of the engine exceed the grip potential of the front wheels. In other words, the generator acts as a traction control system redirecting torque as electric energy to the rear axle.

Apart from the aforementioned Track mode, just on the press of a button , the driver can select Road mode which will reduce the output of the petrol motor and manage the energy distribution as a method to increase fuel efficiency and also cut down CO2 emissions.