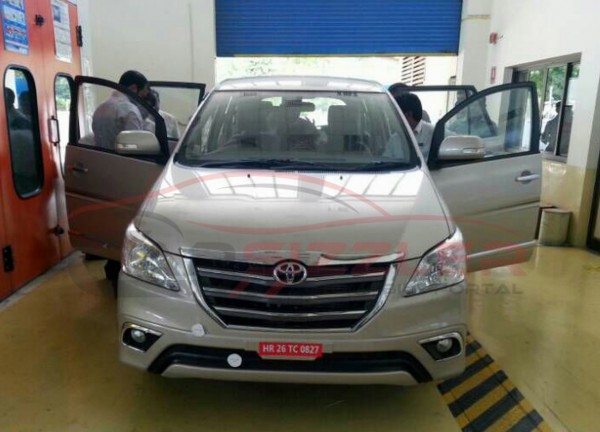 We have been reporting in detail about the soon to be launched 2013 Toyota Innova facelift. The dealerships across the country have started receiving vehicles from the first batch of the updated car and today, we have the official price list and pic of the updated Innova that has been snapped at a New Delhi dealership.

The new 2013 Innova facelift will go on sale in as many as 10 variants, which would include seven diesel engine variants and three petrol engine variants. The Innova facelift gets a new flagship variant which has been dubbed as the ‘Z’. This variant gets some additional bells and whistles over the V variant. However, the new Z trim level takes the asking price for Innova to an all-time high of INR 15.06 lakhs.

The Innova facelift sports a refreshed front and rear fascia, with the car getting a really big front grille with dallops of chrome garnishing, a new front bumper, a bigger rear number plate housing, a pair of reflectors positioned on the fifth door and a revised rear bumper. 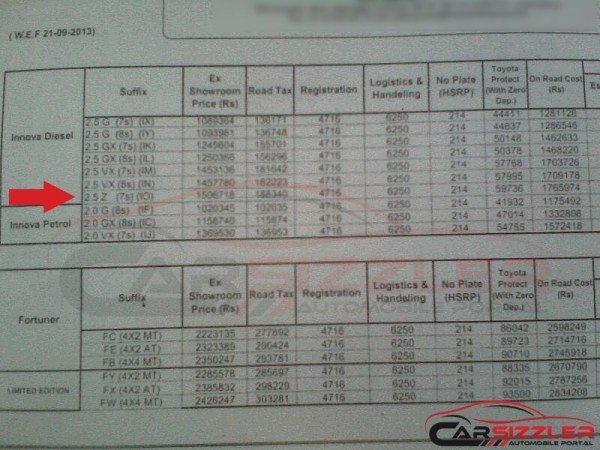