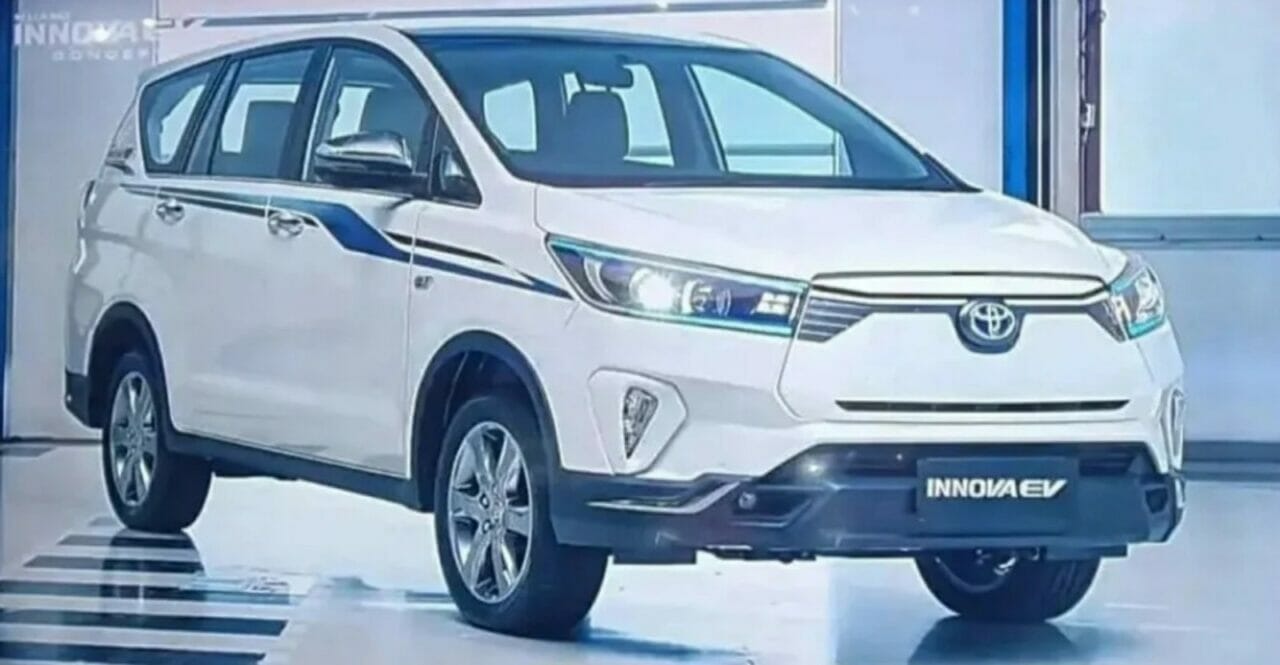 It’s been 6 years since the Toyota Innova Crysta broke cover and the MPV has ruled the segment ever since. The Innova is a legendary well-known MPV, it is built tough and has bullet-proof reliability too. However, with the growing popularity of EVs, the Innova Crysta may feel outdated with its I.C.E powertrains. Now, Toyota has revealed an EV concept for the popular MPV at the IIMS 2022. 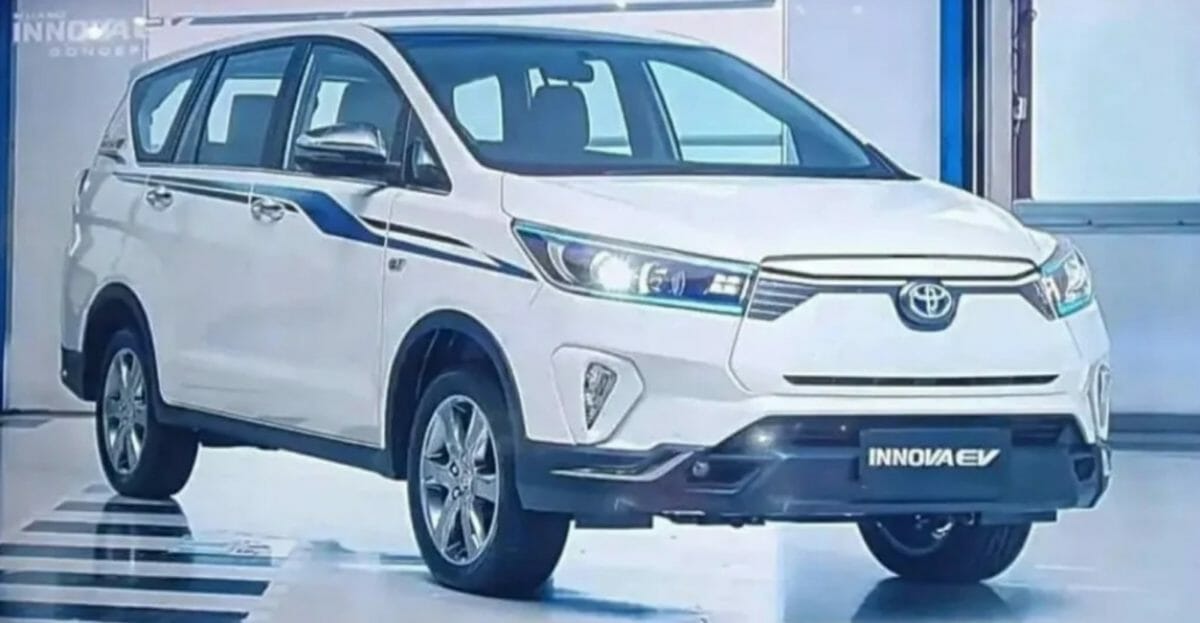 There are a lot of changes in the exterior to differentiate it from its I.C.E counterpart. Being an EV, the grille is deleted which now showcases a chrome strip that features a Toyota Logo with a blue shade around it. The headlights are all LED with blue and white colored DRLs. From the side, it does look similar to the standard Innova Crysta but here it features a blue stripe running from the front fender to the rear lights. Also, it gets a new alloy wheel design. 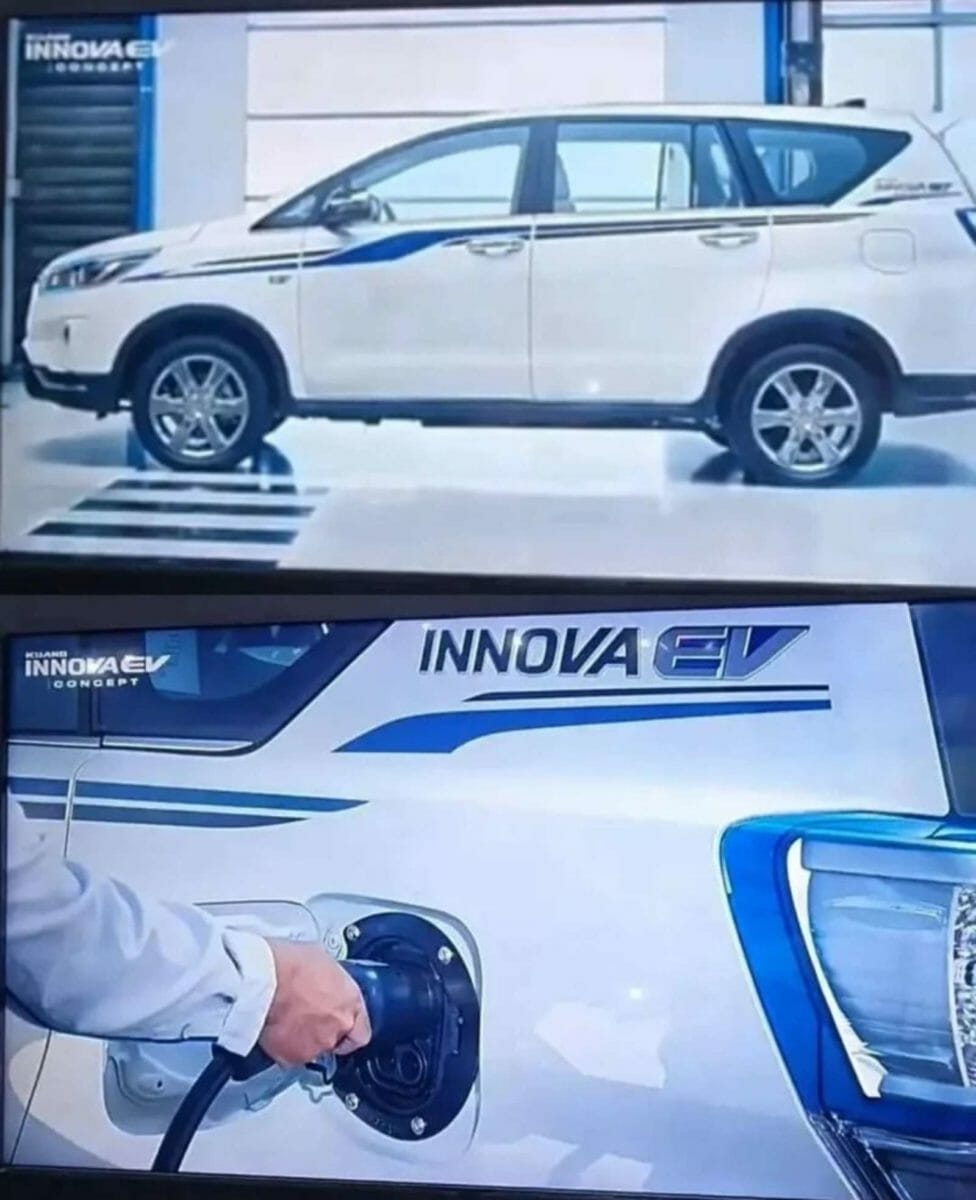 At the rear, there are not many changes, except the taillights which are now clear lens units. The interior doesn’t get any major changes and the feature list remains the same. Weirdly, the EV comes with a tachometer which is a feature that we don’t usually see in EVs. Toyota hasn’t revealed any details about the powertrain yet but we don’t expect it to launch anytime soon considering that the new Innova is expected to be launched by the end of this year or early 2023. 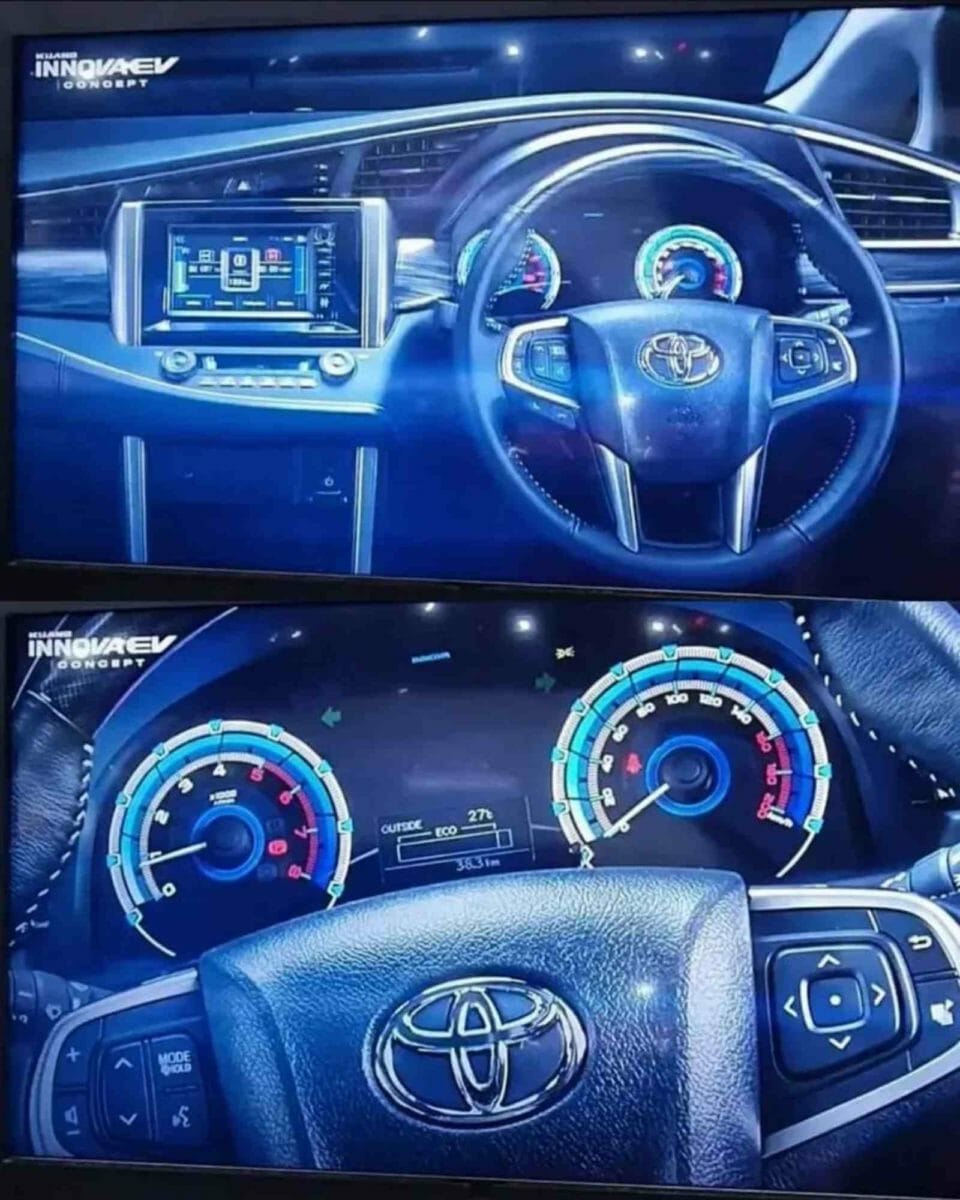 The new Innova Crysta is loaded with a host of features and a much-requested, new connected infotainment system. Starting with the exterior, the new Innova Crysta gets a new trapezoidal piano-black grille with chrome ornamentation that merges into the headlamps, a sharper front bumper design, and diamond-cut alloy wheels for a sporty look. 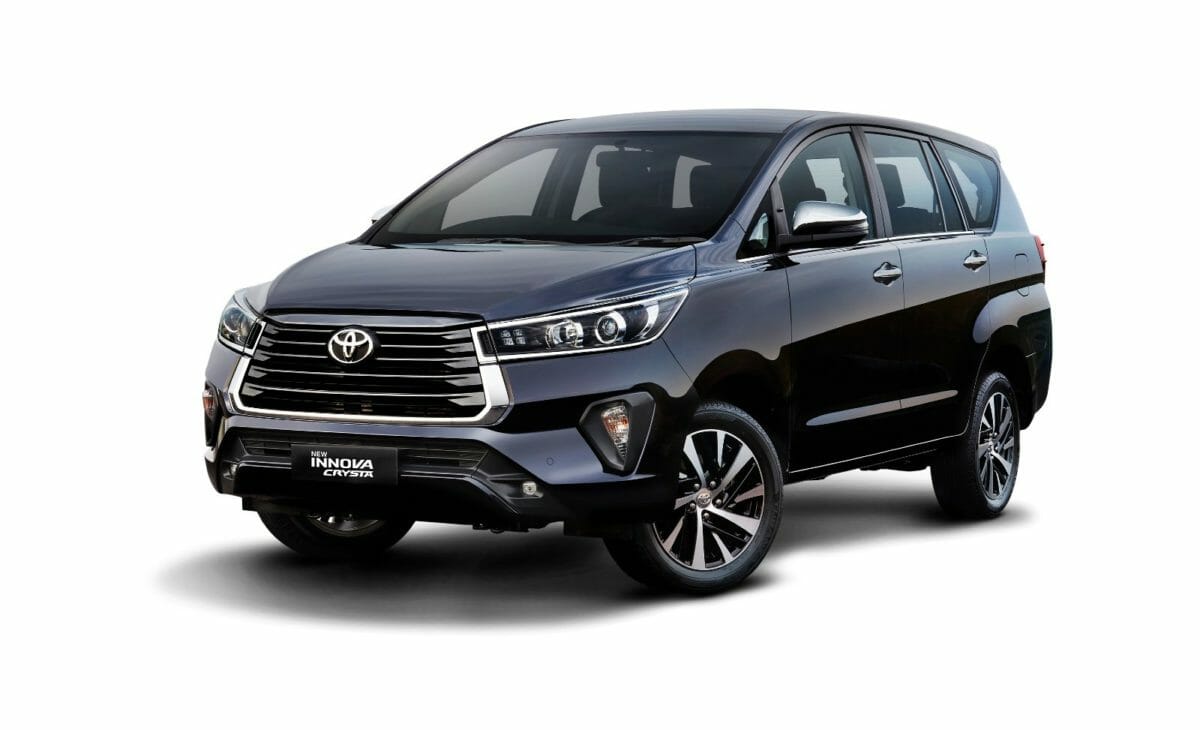 On the safety front, the new Innova Crysta gets seven airbags, Vehicle Stability Control, and Hill Start Assist, along with the addition of a new front clearance sonar (with MID display) to prevent collisions while parking in tight spaces and offer a stress-free driving experience. The Innova Crysta comes with two engine options. These include a 2.4-liter diesel producing 148 HP and 360 Nm, as well as a 2.7-liter petrol unit that puts out 164 BHP and 245 Nm. Both engines come with a choice of a 5-speed manual and 6-speed automatic transmission.