Home News Toyota Hydrogen Car to go on Sale in 2015

At the CES 2014, Toyota said that a hydrogen-powered vehicle that emits only water vapor as exhaust will go on sale in the US in 2015, a year earlier than it promised just two months ago. 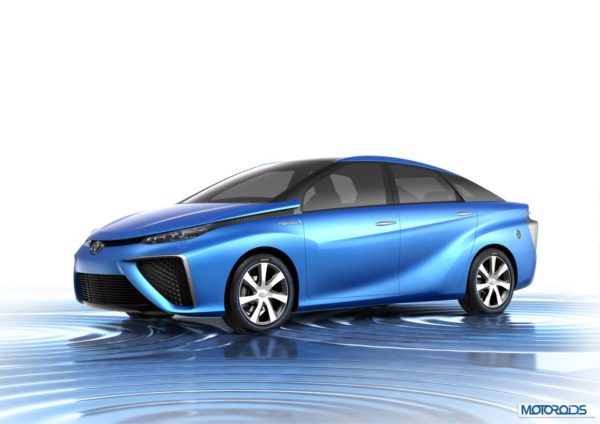 The Japanese car maker made the announcement at the technology industry’s annual gadget show. The announcement came came months after rival automakers- Hyundai and Honda, both announced they will be selling cars with that technology in the U.S. in 2015. The car, which is named as the Toyota FCV for its concept version, uses hydrogen as fuel for a battery. Toyota says it will have a range of 300 miles (480 kilometers), will
be able to accelerate from standstill to 60 miles per hour (96 kph) in 10 seconds, and can refuel its hydrogen tank in three to five minutes.

Toyota says it will focus on selling cars in California at first. Toyota worked with the researchers at the University of California, Irvine, and the first 10,000 vehicles can be supported with only 68 refueling stations from San Francisco to San Diego. Toyota also mentioned that California has approved $200 million to build about 20 fueling stations by 2015, 40 by 2016 and 100 by 2024.

“This infrastructure thing is going to happen,” said Bob Carter, senior vice president of automotive operations for Toyota Motor Sales U.S.A. Inc. Carter said all the cars in California could be served with just 15 percent
of the 10,000 gas stations in the state now if they were spaced correctly.

Researchers have estimated the spots where likely FCV buyers would need hydrogen stations and planned to put them within six minutes of their home or work. “We don’t need a station on every corner,” he said. Carter added that the U.S. branch of Toyota had recently increased its request for vehicles. He said that a 95 percent cut in production costs from the initial prototype would help it make fuel cell cars that are “a reasonable price for a lot of people.” Toyota Motor Corp. has promised to sell its fuel cell cars for $50,000 to $100,000, aiming for the lower end of the range.