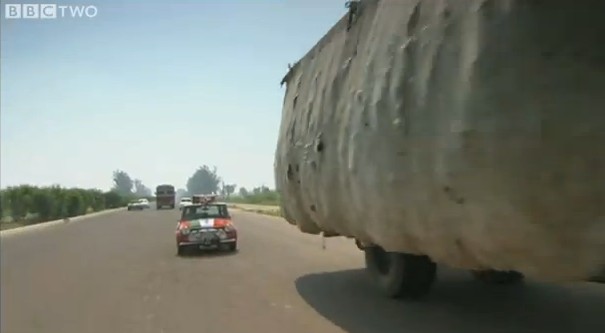 There is nothing more refreshing on TV for a car enthusiast than watching the loony British trio of James, Jeremy and Richard doing all sorts of absurd things with cars on their show. Having seen almost all the episodes of Top Gear, we can vouch for the fact that the one thing that their show doesn’t lack in is sheer madness and entertainment value. So what happens when this trio of smartly conscious deliberate morons hits the anarchy called India? Ourss a crazy, crazy world when it comes to road traffic and driving sense in general. For anyone driving down from the Europe, it’s nothing short of cultural jolt.

The Top Gear Trio was here a while ago, filming the India special episode for Top Gear, and seems like the episode is almost ready to be aired. BBC Two has released two teasers of the episodes, and going by the first look, it seems like we’re in for a treat. Here, have a look at the two teaser videos.