For the new Top Gun movie, Tom Cruise was snapped drying his crop astride a Kawasaki Ninja H2. However, since the BMW Group is the official automotive partner for the Mission Impossible movie franchise, for the upcoming instalment of the movie, Tom Cruise was spotted pulling wheelies astride something more humble. For someone who performs most of his own stunts, the actor was photographed popping wheelies astride the made in India BMW G 310 GS, although, with a safety rig in tow. 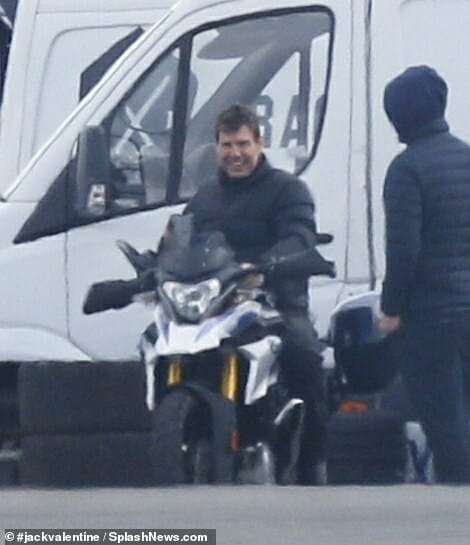 For what would be the seventh instalment in the action movie franchise, Tom Cruise was spotted filming a sequence at the Dunsfold Aerodrome in Surrey, the UK, after shooting was shifted from Venice in Italy to the UK due to the coronavirus pandemic. 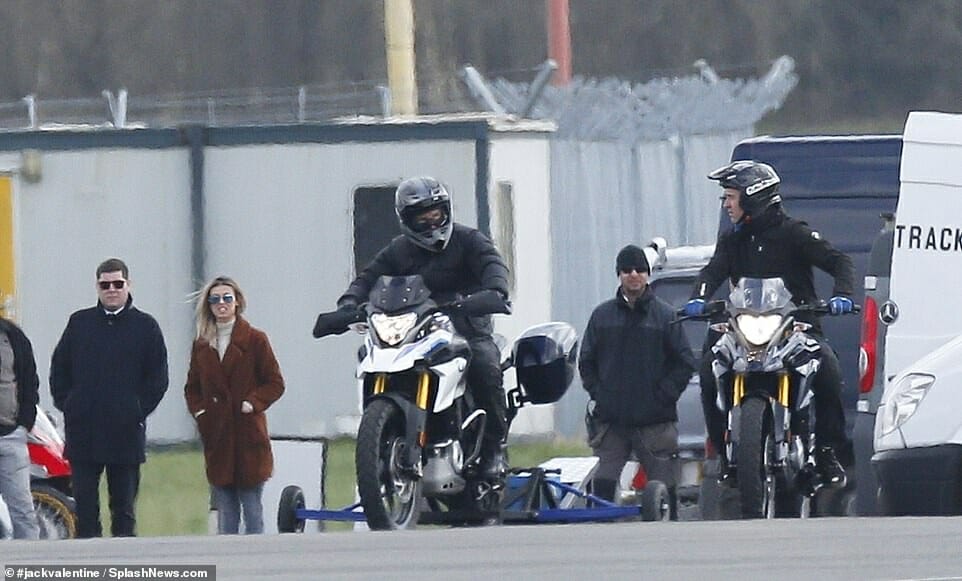 Interestingly, the actor indulged in the act on a bike which had its panniers intact. Makes us wonder if they simply forgot to take them off or if they’ve been fitted so that Ethan (Cruise’s character in the franchise) can carry some World-saving items inside. Unlike the standard bike, the one ridden by Cruise has also been fitted with an Akrapovic end-can. The G 310 GS is made in India by the TVS Motor Company as a part of its partnership with BMW Motorrad.

Also Read: Tom “Maverick” Cruise Is back on the Top of a Gun called H2

In the previous instalment, Tom Cruise scampered across the streets of Paris astride a BMW R nineT, without a helmet! Because how would his fans otherwise notice all the pretty expressions he makes while being chased by bad guys. The haha aside, many would also doubt if he actually pulls off the stunts on his own, looking at the rig behind his bike. However, for big-budget movies like these which actually cost millions to make, the makers take all the precaution they can, so that there is no delay in the shooting schedule if the characters or anyone else involved in the process of completing the movie is injured. Tom Cruise, a Scientology-believer, has a massive appetite for speed as he’s driven, flown and ridden machines in the past which confirm just that.