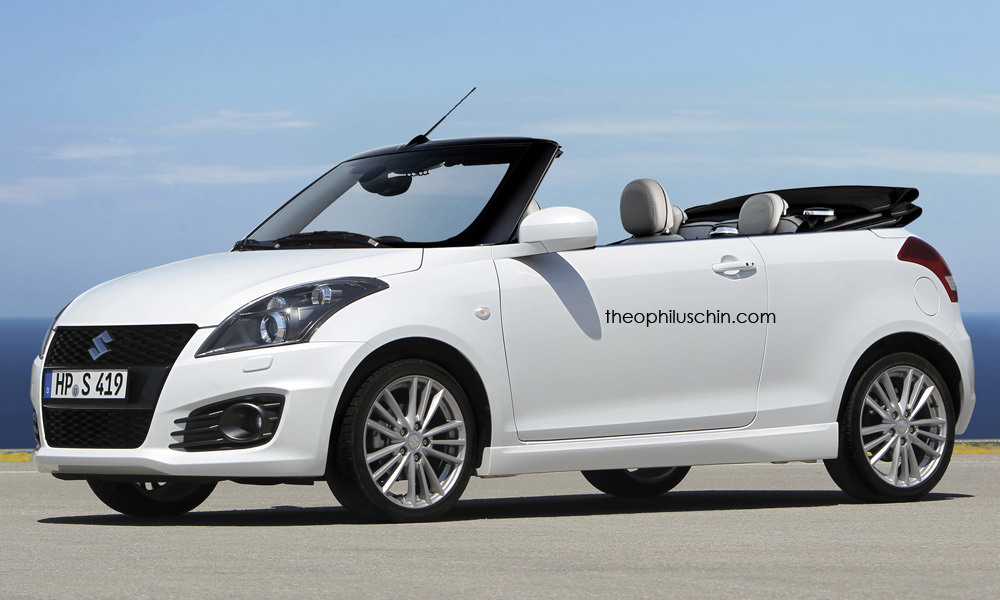 Maruti launched the Swift more than a decade ago, back in the year 2005 to be precise. The third generation of the Swift later arrived in 2011 and is still among the popular choices when it comes to buying a hatch.

Even as the Swift is sold in many parts of the globe, rendering expert Theophilus Chin has gone on and designed a cabriolet version of the hatchback. Rendered images reveal the artist’s imagination of what a Suzuki Swift convertible could look like. Although Suzuki doesn’t have any  plans to introduce a Swift convertible in the future, we are sure that this is one hypothetical model that you’d give more than a passing glance. 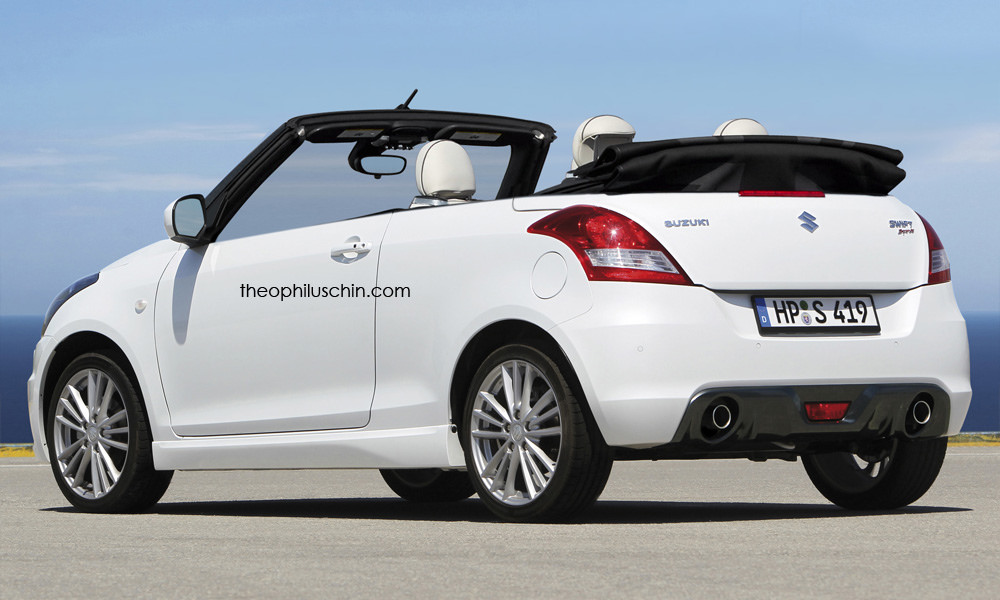 Based on the current generation of Suzuki’s Swift Sport 2 door model, this rendered image definitely manages to pull of the convertible look without even the slightest of a sweat. The seats and the canvas top has been borrowed from the 2016 Mini Cooper Convertible. We feel Suzuki should even go ahead and consider this iteration as it would be a much more affordable substitute to other drop-tops such as the Volkswagen Beetle Convertible or even the Mini Cooper Convertible.

What is your opinion on this Swift convertible rendering? Like it? Hate it? Pen down your views through the comments section below or tell us what you feel via our social media channels.