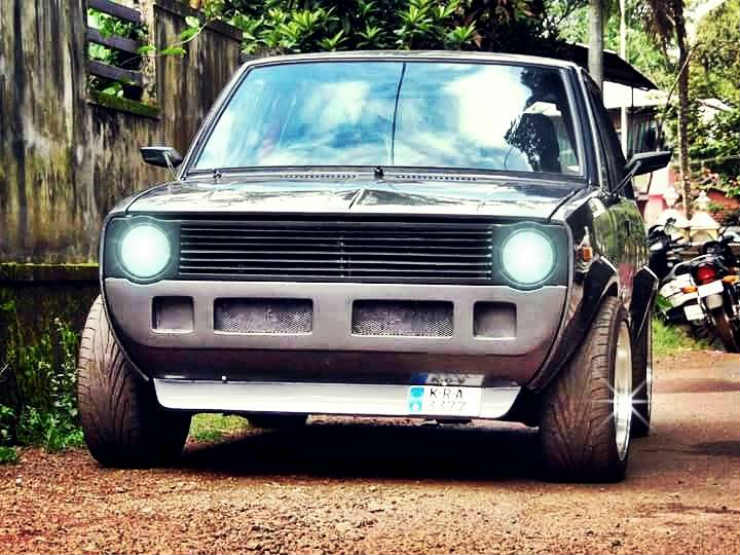 The Mk1 Volkswagen Golf GTI, fondly called the Rabbit, is widely regarded as the precursor to the ‘hot hatch’ phenomenon. With close to 114 HP from its 1.8-litre petrol engine, that, incidentally was the first in the world to feature electronic fuel injection, the Mk1 GTI could accelerate from 0-100 kph in 9 seconds. In 1975, that was brisk performance from what essentially was an affordable and practical hatchback. In comparison, the Abarth Punto Evo, which is the fastest hatchback on sale in the country today, manages the same sprint in 8.8 seconds. 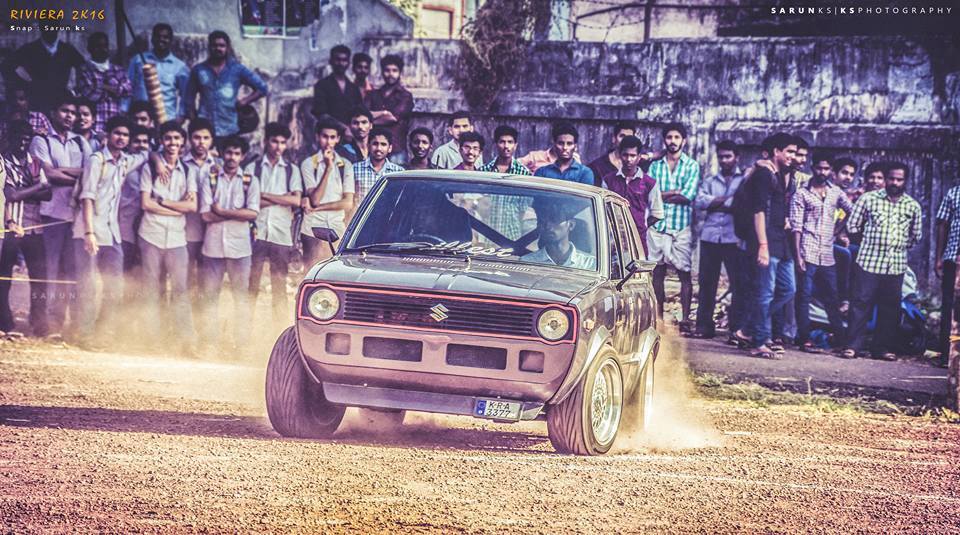 Back home in India, after roughly a decade, the Maruti SS80, or the Fronte hatched, and went on to become another phenomenon in its own right. It had nothing to boast of in the power stakes, but had the charm to influence millions of Indians into buying a relatively modern, affordable and reliable car. Oddly enough, or maybe because both have a similar vintage, the SS80’s shape is a nod to the Mk1 Golf’s. By a fair stretch of imagination, and some modifications, the SS80 could be enhanced to look a bit the original Golf GTI. 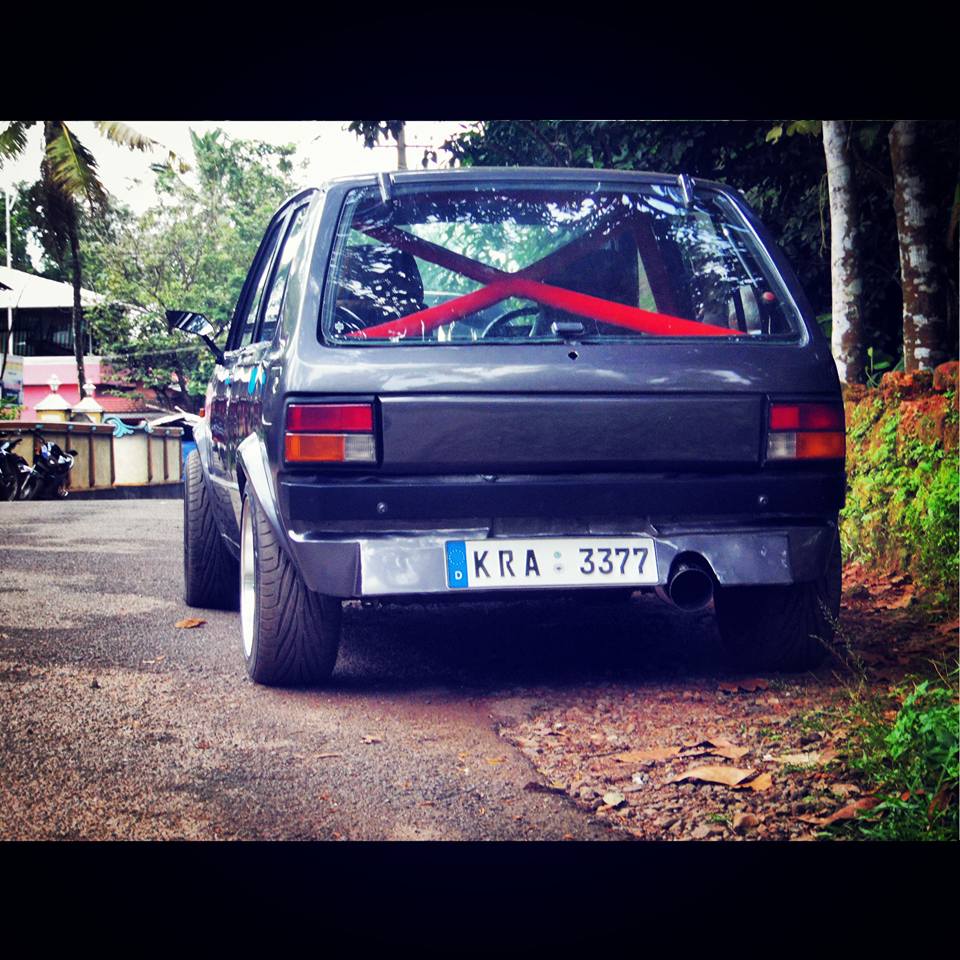 And that’s exactly what Vineeth Kumar, who hails from Changanacherry, Kerala has done with his SS80. The little Maruti’s front grille and bumper emulate the German, while the front lip adds some more GTI flavour. The wheel arches get pumped up with GTI-like flares, while at the rear, the bodywork has been extended way below the thin rear bumper. Fatter tires wrapped around some tasty BBS Mahle cross spoke rims (replicas?) now fit the flared arches perfectly. But the biggest modification has to be the neat three-door conversion, which is an ode to the original. 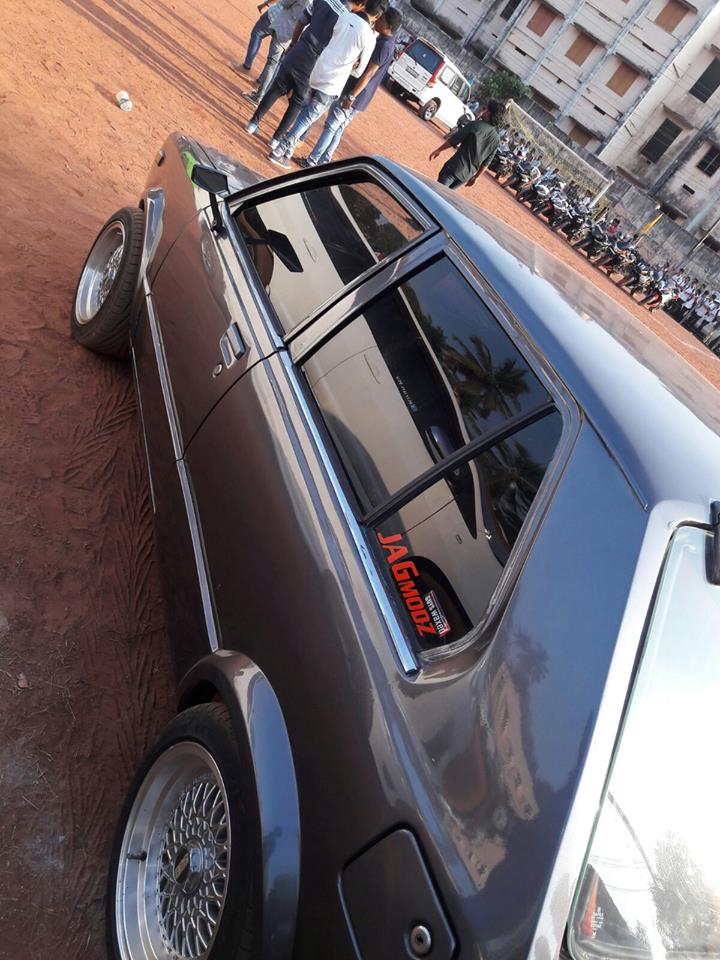 We quite like the other details, like the red pin-striping around the modified front fascia, or the compact wing mirrors. Mechanical modifications are unknown, but we can spot a red roll-cage inside, as well as a big, fat exhaust pipe sticking out from the back. Even though it can’t compete with its inspiration’s performance, we’re sure that this modified Maruti SS80’s 800 cc F8B engine now makes a few more horses than the 35-odd HP it pushed out in the 1980s.