More than often, we assume that a good modification job is one in which the vehicle becomes rather unrecognisable compared to the original model it is based on. However, there are some modification jobs that teach us that even some subtle changes can have a huge impact on the vehicle. A mere colour change and some other aftermarket bits and bobs can enhance the appeal of your bike, while still being retaining its identity, the design characteristics and appearances of the stock motorcycle it is based on. Allow us to present us one such example of a Bajaj Avenger, which despite being modified, appears to retain the looks of the stock motorcycle, have a look.

In this YouTube video uploaded on the channel called VampVideo, this Avenger that we have been talking about is showcased. Despite the reshaped fuel tank and other aftermarket bits, one can immediately recognise to be an Avenger, but it sure is one Avenger that pops out in the crowd. The bike receives a nice dual-tone paint job in the shades on green and yellow, which makes it stand out a bit more. Other changes done to the bike include an aftermarket headlight and blinkers, a new handlebar with bar-end lights, a customised seat in the shade of brown, a blacked-out engine and rear suspension and a custom exhaust. Aftermarket alloy wheels complete the package. 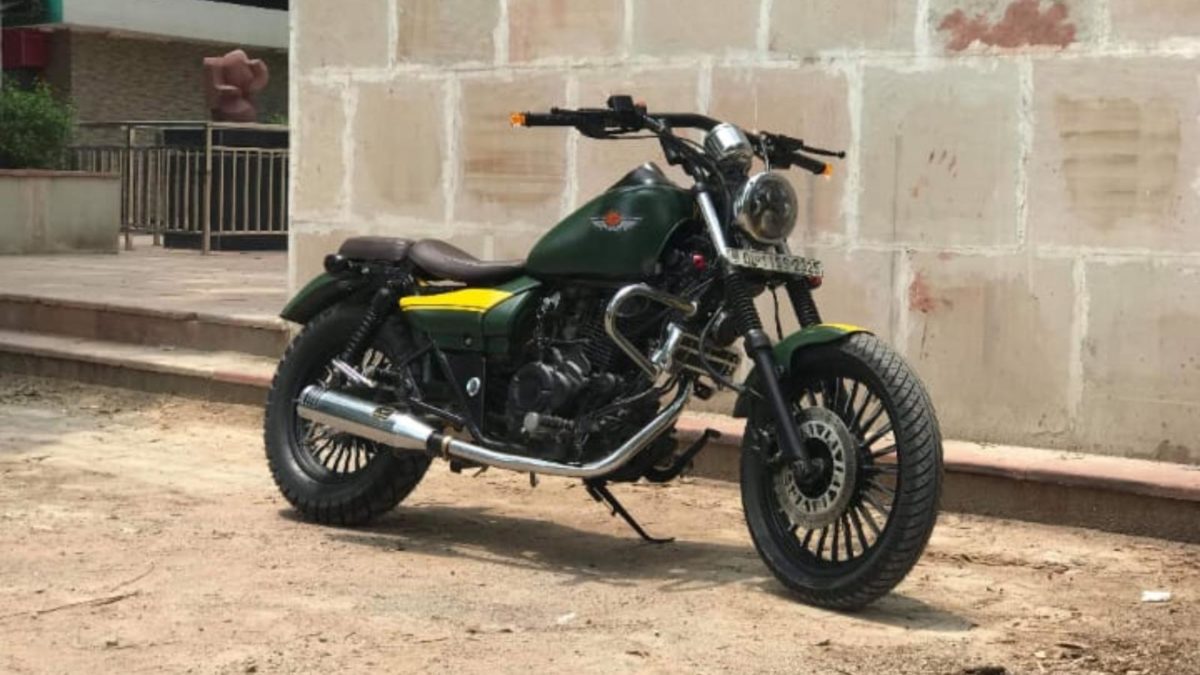 Coming to the bike, in its stock form, the Bajaj Avenger 220 uses a 220 cc, single-cylinder, Twin Spark, DTS-i Engine which manages to generate 19.03 PS of peak power and 17.5 Nm of peak torque. While peak power comes in at 8,400 rpm, the peak torque kicks in at 7,000 rpm. The engine is mated to a 5-speed manual transmission. Suspension duties are taken care of by a telescopic fork in the front and a set of twin shocks are present at the rear end. Anchorage duties are performed by a single disc up front and a drum brake is present at the rear. The current models of the bike also come with a single-channel ABS system as standard, making the bike safer than before.