The Mahindra Bolero has been India’s highest-selling UV for years. The weapon of choice in India’s hinterland and semi-urban areas, the Bolero is a no-nonsense, dependable and rugged performer. This orange example featured here is just as brilliant underneath but doesn’t like the plain-jane appearance of the original.

Developed by Mahindra Customisation, this 2-door pick up is called ‘Attitude’ and for how it looks, it does carry what its name suggests in plenty. This vehicle is powered by an m2DiCR engine, however, unlike what the appearance suggests, this custom example is based on a 2WD version of the Bolero. 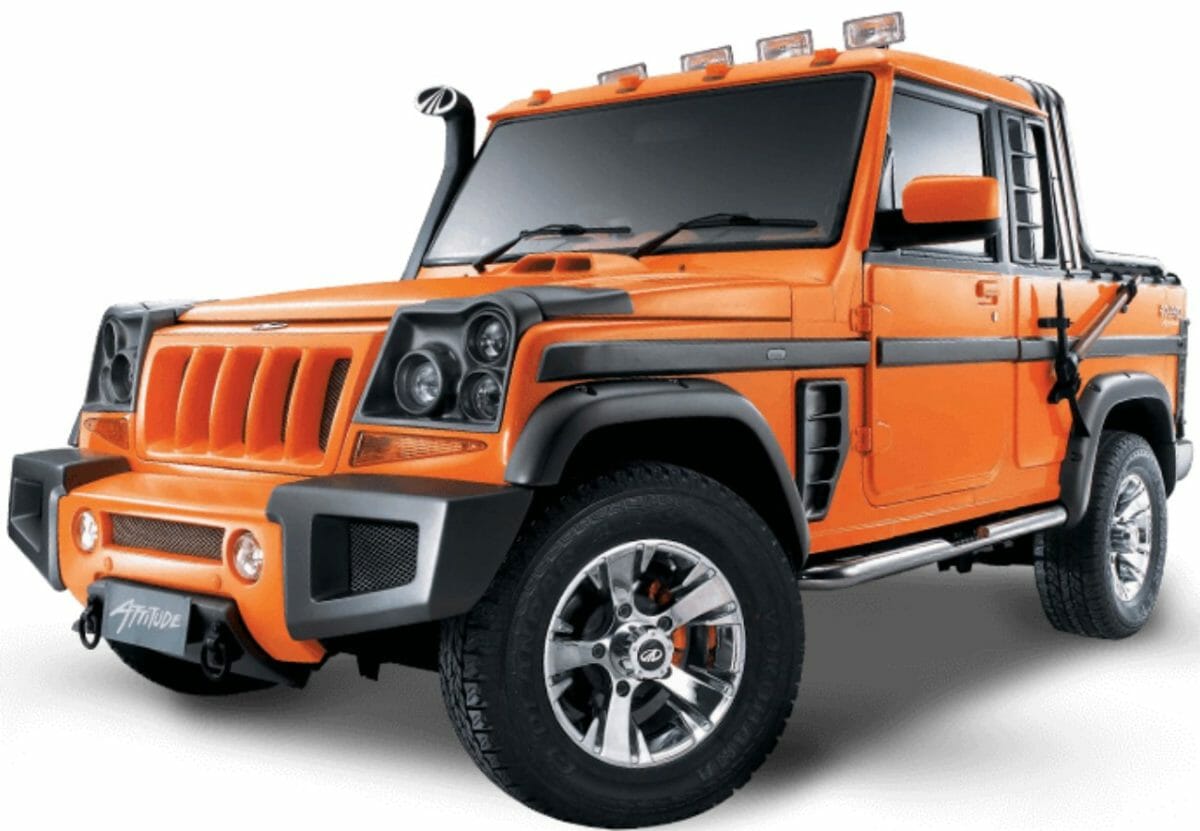 Mahindra’s in-house customisation department plucked out and binned three doors from a 5-door version of the Bolero and got to work. They modified the front bumper ups the approach angle, created a custom headlamp bezel and fitted a tri-beam setup with a combination of Xenon and halogen projector lamps. They re-styled the front grille and added towing rings to the bumper. A winch can be added too if you like.

Also Read: This Mahindra Thar Gets Plush Features Not Available In Stock Form 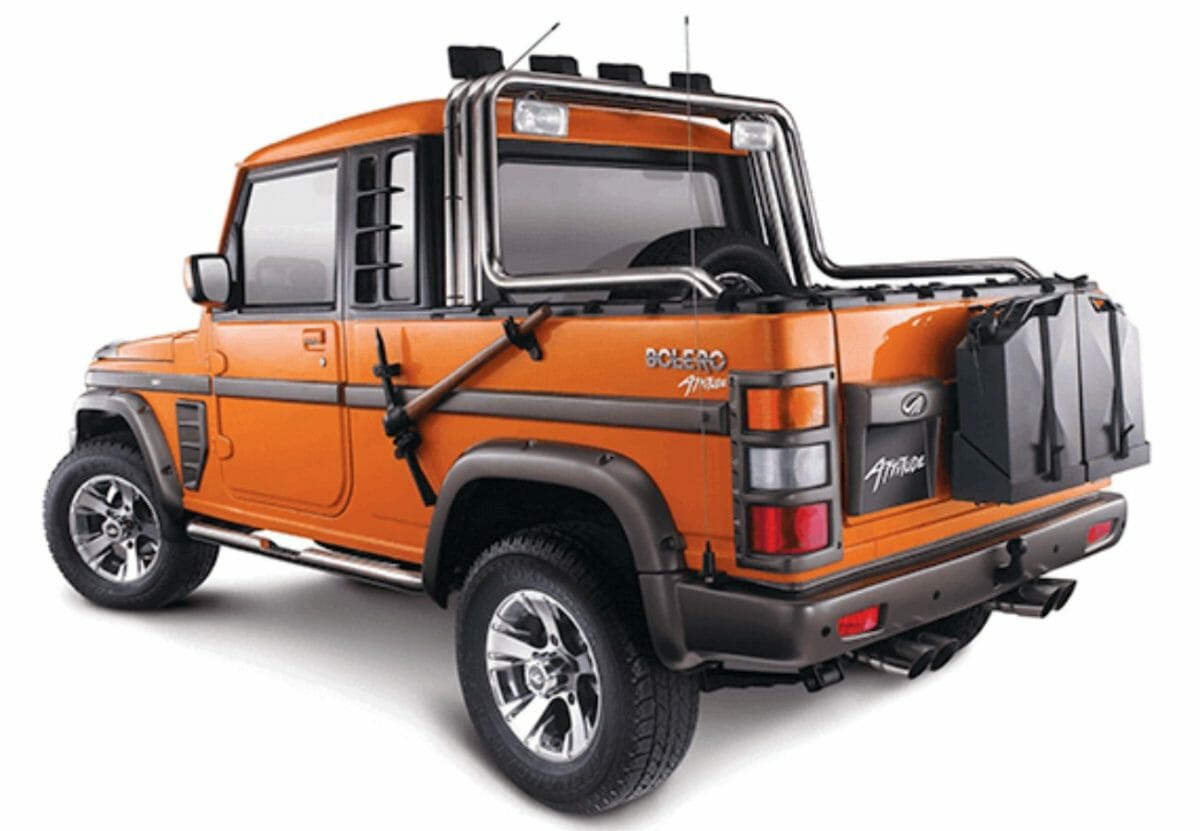 You’d notice there’s a snorkel for the vehicle to breathe better when the water gets too deep and rear roll cage-mounted auxiliary lamps to wake up the jungle once the sun goes down. There’s a bonnet scoop, widebody kit-like Allen head studs on the wheel arches and a shovel and a mattock on the sides if you feel the sudden urge to grow a garden or dispose of a dead body which annoyed you to the core when it had life inside. If you plan to travel far away from civilisation to do that, you may carry extra fuel in those jerry cans mounted on the cargo bay’s door. There’s a rear tow hook too if you wish to drag whatever you are about to bury. 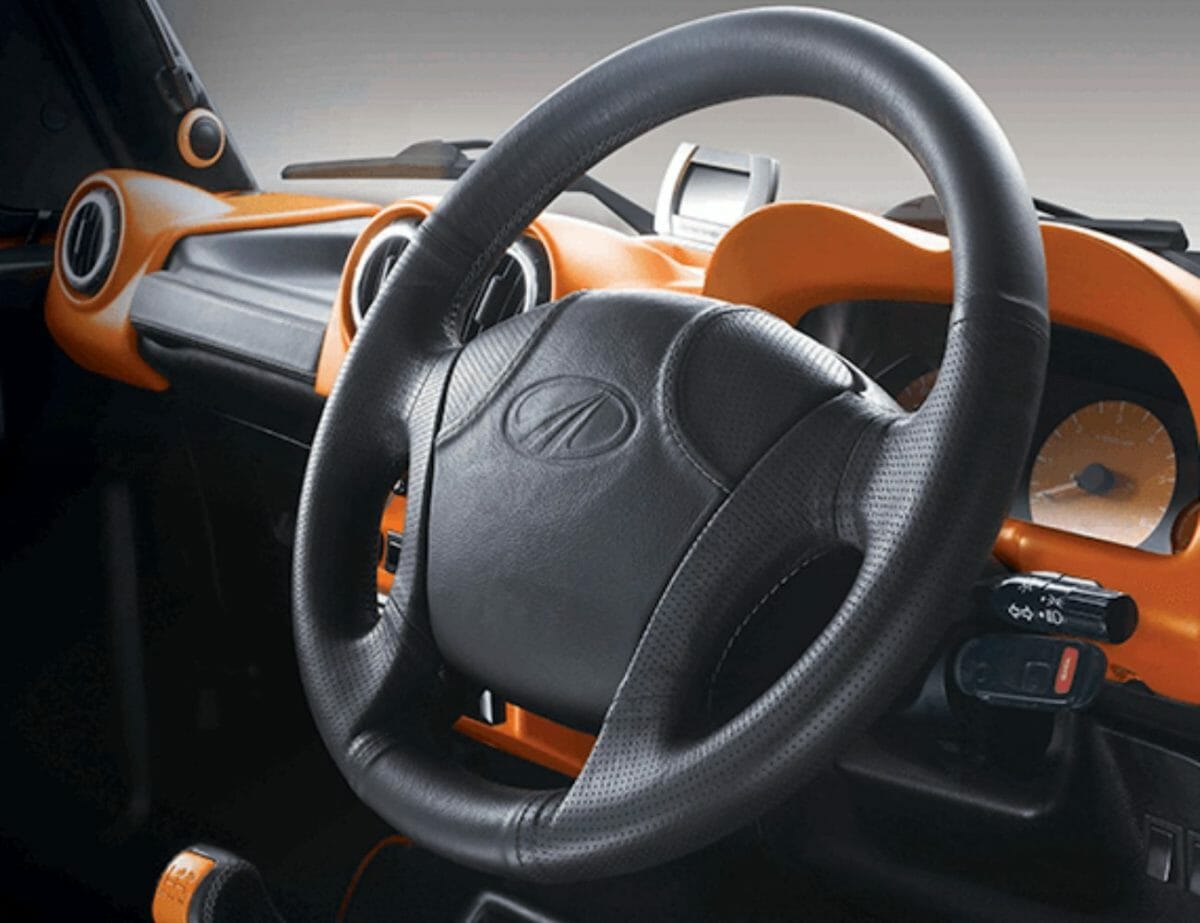 Inside, the upholstery is draped in a leather combination with colour-coded bits which match the exterior paint. The dashboard has been modified to fit round-shaped AC vents which are highlighted in chrome and bezels are covered in a matte finish. The door trims are custom-built and finished in black and for entertainment, there’s a 1DIN MP# unit which can play music via USB too. 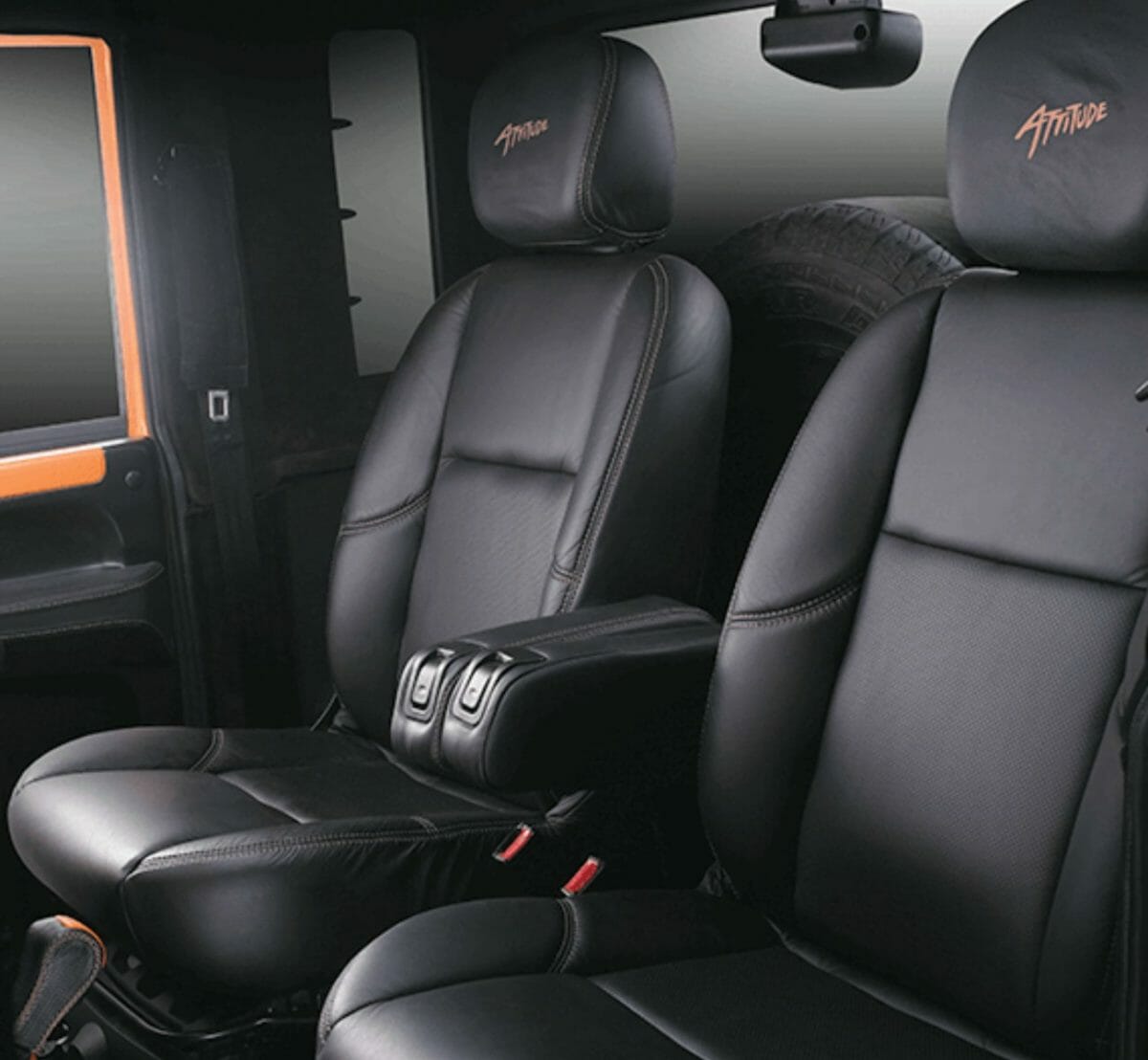 To find the right place on the map to start digging, there are reading lamps and a roof lamp and the carpet and mats are custom-made too. Since the roof has been chopped at the rear, the cargo bay has been fitted with a stell-finished roll cage to add strength. Besides all that has been mentioned here, the customisation team also offers loads of other options tailored according to an individual’s taste and budget.