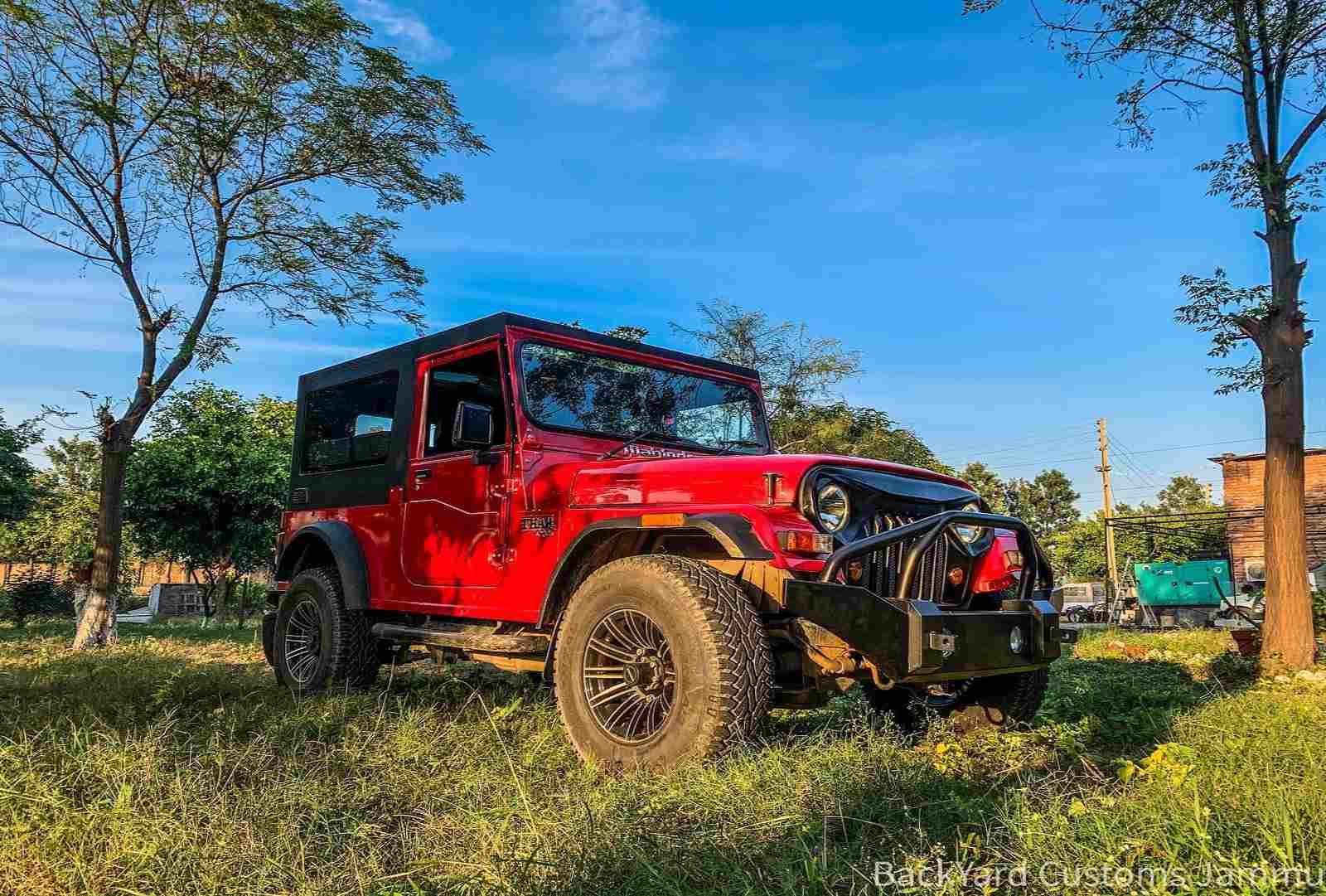 Needless to say, the Mahindra Thar is one of the most popular SUVs in the country. It is definitely the most affordable off-roader in the country and arguably one of the most capable ones as well. It is the same reason as to why so many enthusiasts get their Thar modified with after-market customisation kits.

Almost every m Mahindra Thar in the country gets one or more forms of mod-jobs to make it look and feel more individualistic. This particular sample described here shows a number of alterations including a feature which is not going to be there even in the 2020 Mahindra Thar – a dual sunroof.

In the above video, uploaded by ‘BYC-Jammu Official’ on Youtube, it illustrates the process of converting a rugged Thar into a more modern, luxurious and feature loaded Thar. The mod-job has been executed by Jammu-based Backyard Customs, which is involved in a number of designing and fabricating jobs of vehicles, mostly SUVs. The Mahindra Thar featuring here is in the top-spec 4×4 CRDE configuration. The soft top of this Thar has made way for a custom hard metal top which is finished in matte black. This hard-top gets two sunroofs integrated into it, which can be operated only manually.

The video starts with the designer and his team painting and fabricating the chassis of the Thar of one of their clients. The front bumper is replaced by a new, more off-road focused bumper with tapered side edges which are forged and welded into the mainframe which is adding to the aggressive look of the vehicle. The front guard also consists of two halogen fog lamps. 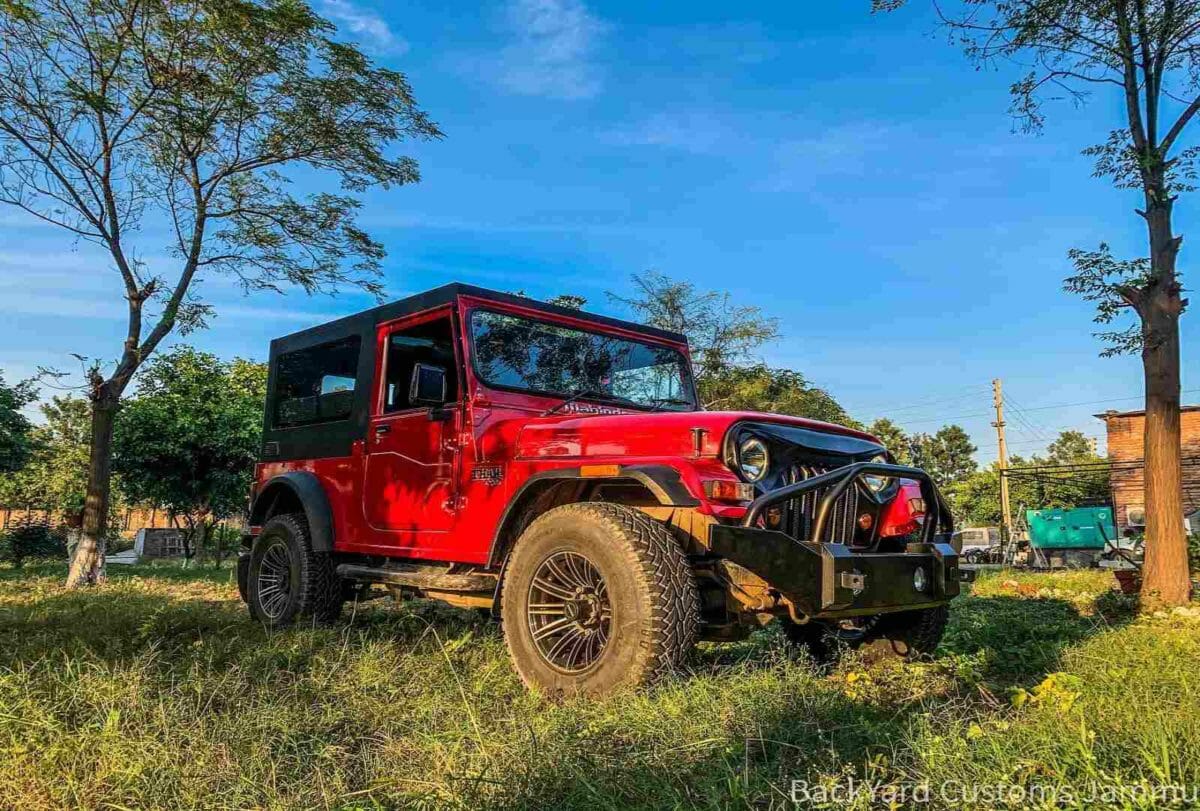 An all-black customized ‘gladiator grille’ is there in place of the stock red coloured seven-slot grille, lending more aggression to the front fascia. The stock wheels have been replaced with more stylish ones and the stock tyres have been replaced with fatter profile tyres. The engine is in its stock form. The interior of the cabin is not altered in any way except, maybe, premium leather wraps on the seats. 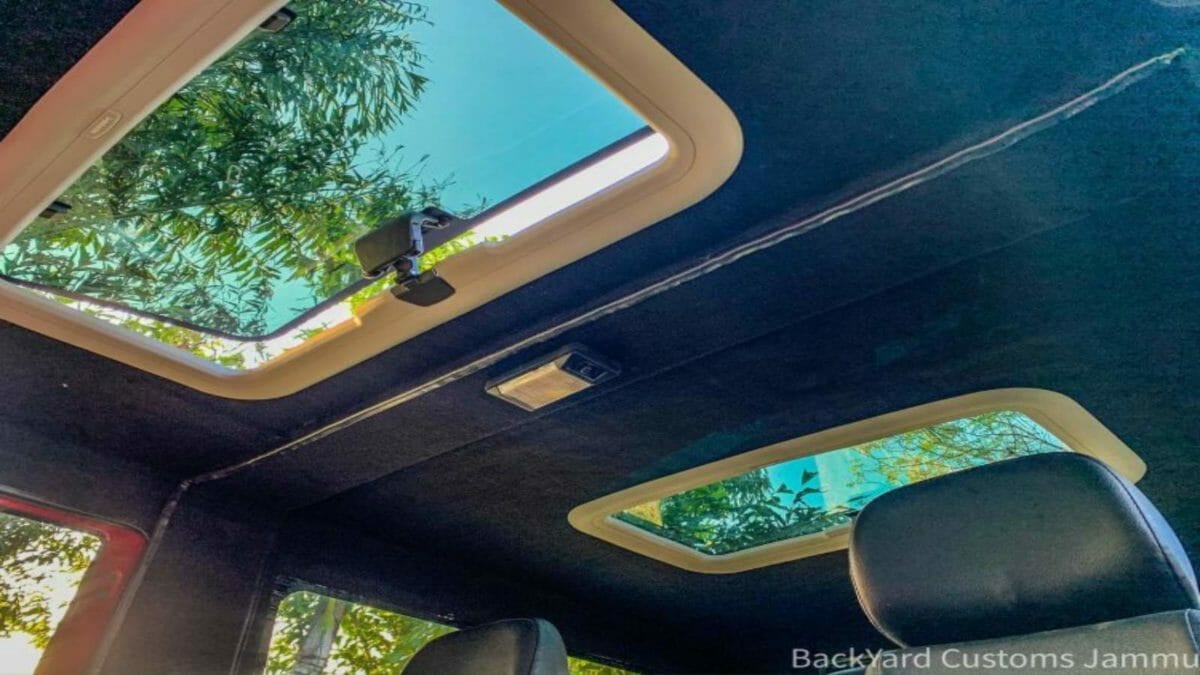 The wheel-arches have been given an all-black cladding. However, the highlight of this modification is the dual sunroof which it gets since the hard-top is a custom made component and it would have been tricky to get a panoramic sunroof out of it. The roof-top also gets additional indicators which are most probably for the brakes. The side panel is covered by a large glass panel on both the sides which gives it an airy feel to people sitting at the back. 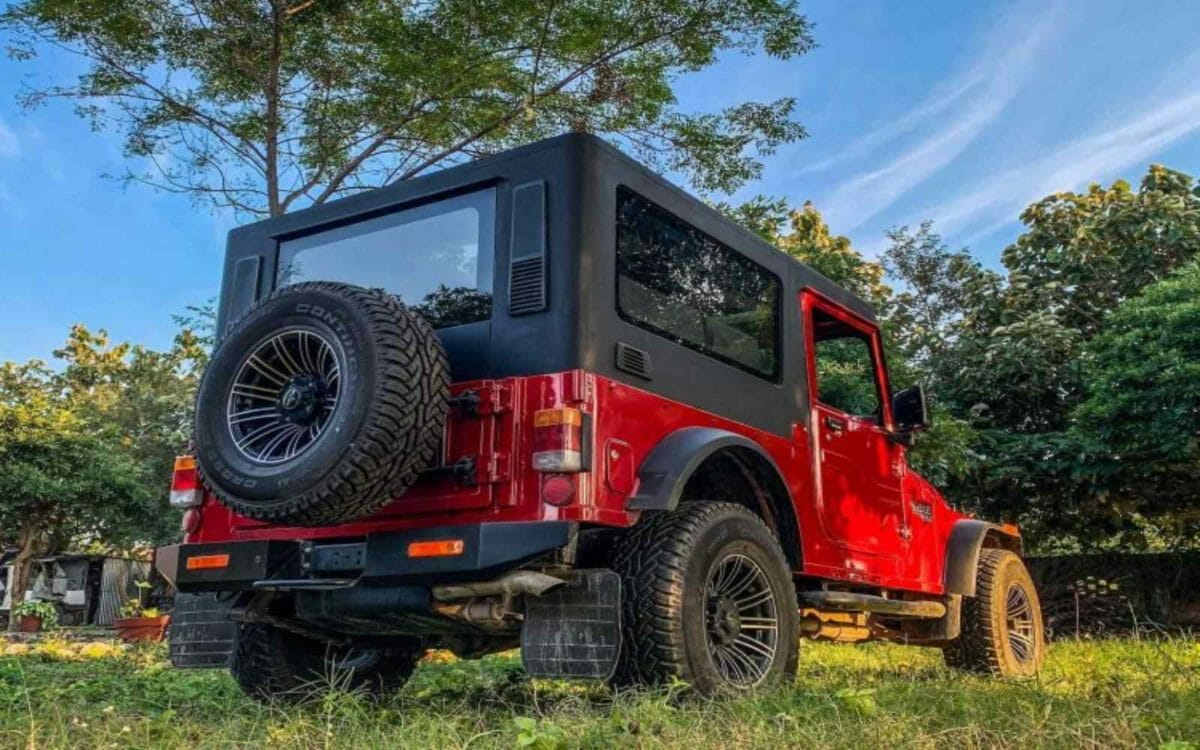 The Mahindra Thar is one of the most customized vehicles in India, and many of its owners alter its performance and features. The factory version lacks many modern amenities. However, this bare-bones appeal of the Mahindra Thar is soon going to change with the full model change in a month or two.

The 2020 Mahindra Thar will be having a number of design alterations and inclusion of modern features like a touchscreen infotainment system, multi-functional steering wheel, cruise control and automatic climate control. In addition to these, the new Thar will also house two new hearts under its hood- a 2.2-litre mHawk diesel engine from the Mahindra Scorpio and the newly developed 2.0-litre mStallion turbocharged petrol engine. A 6-speed manual transmission should be standard, while a part-time 4WD system could be optional.