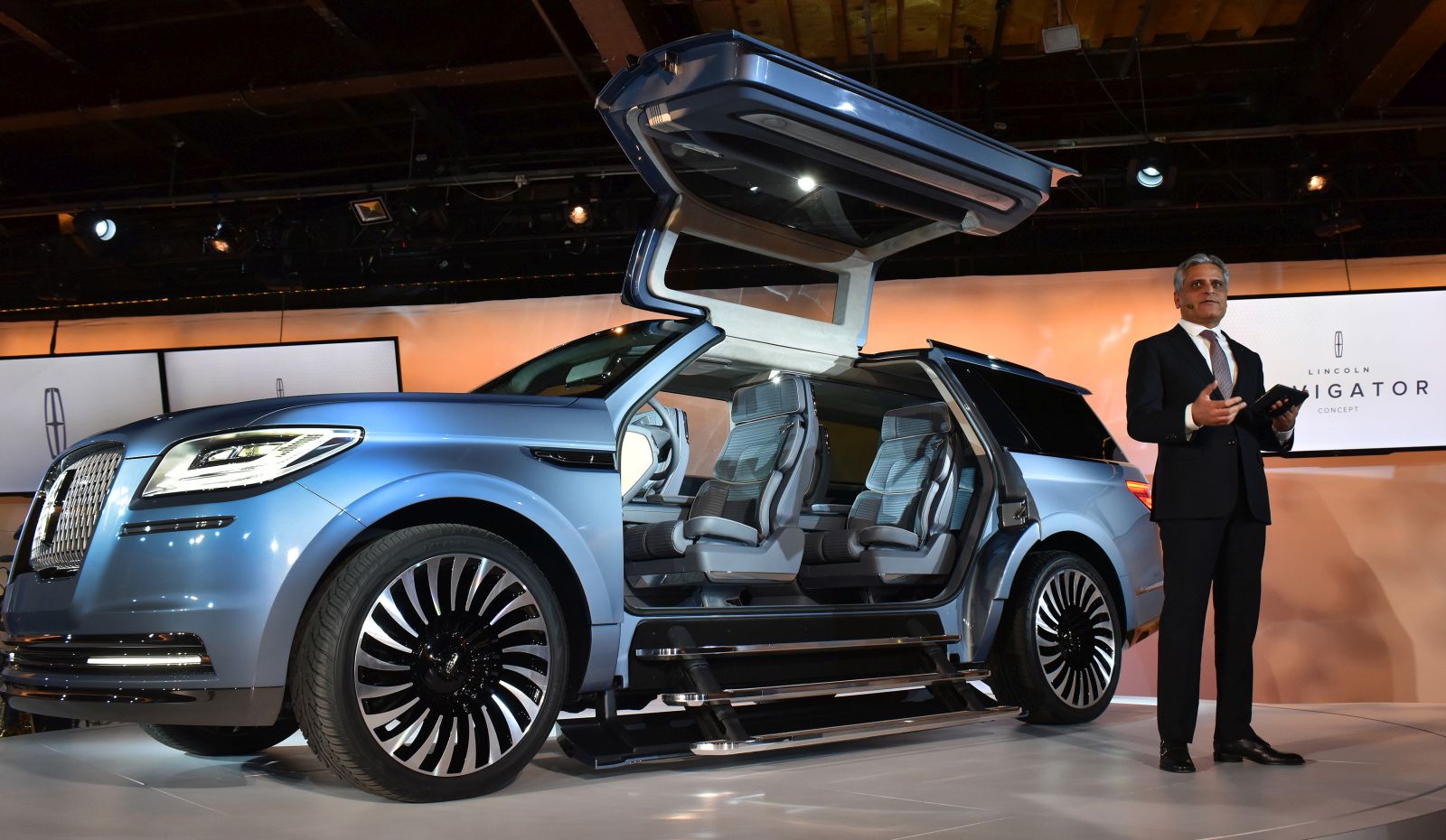 Lincoln Motor Company has revealed a new Navigator Concept ahead of the New York Auto Show that begins on March 25th. The first thing that comes to one’s notice would be the gull-wing doors on the Navigator. Yeah! You read it right, an SUV with a pair of gull wing doors, replete with a set of retractable steps.

Although unlikely that the gull wings would make it to the production model, you need not be disappointed as Lincoln has much more in store. The luxury aspect of this concept has been inspired by a real life yacht which, in-turn sets its benchmark. The SUV goes to the extent of offering a wardrobe management system inside. This wardrobe can be customized to hold gears chosen for the day. 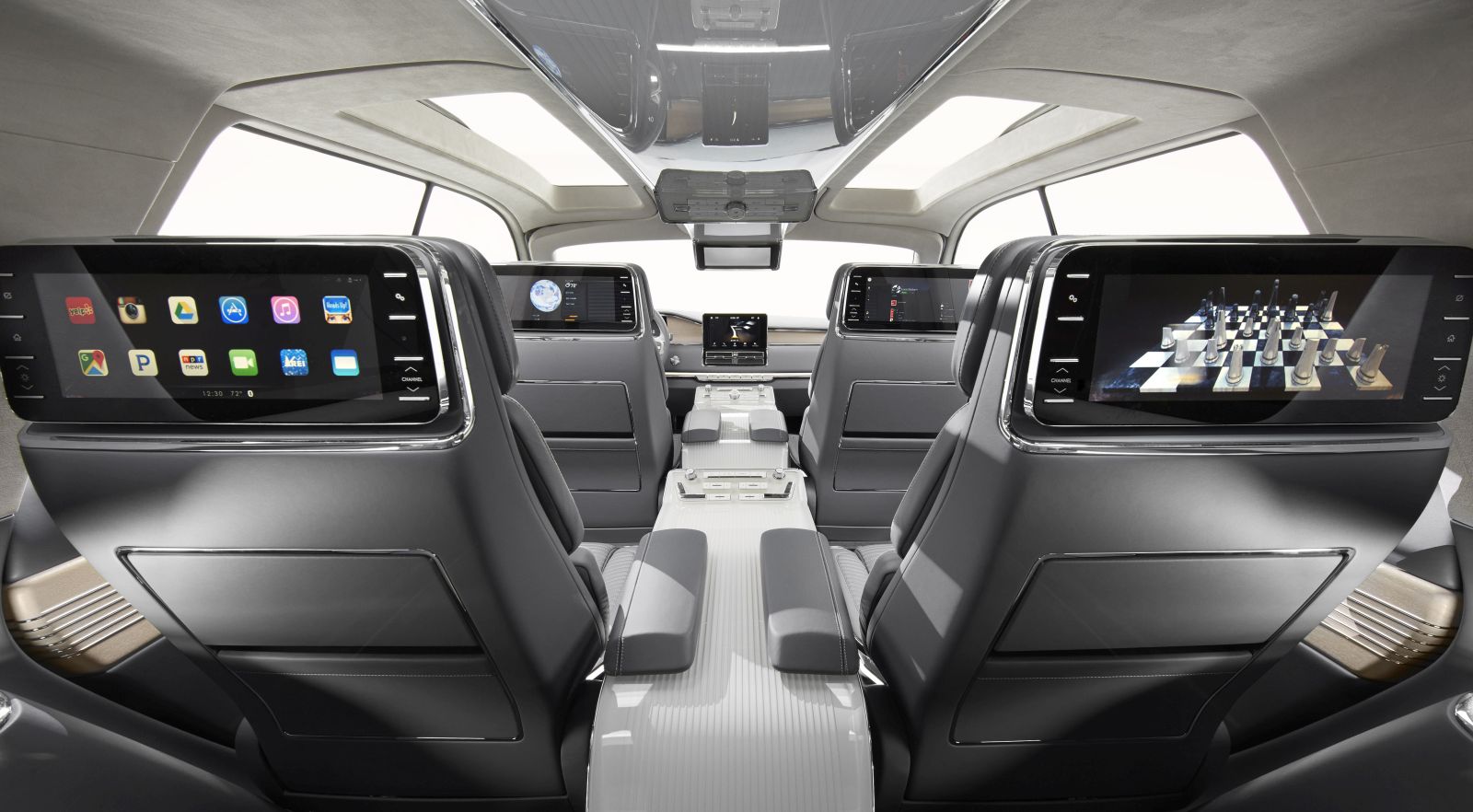 Sitting under the hood of the Navigator Concept is a 3.5 litre twin turbo V6 engine that is said to produce a power output of more than 400 hp. On offer are several drive modes that would focus on improving the ride quality by adjusting the steering, suspension and noise levels.

On the inside, the SUV features a 6 seat setup with each of the 3 rows receiving a set of captain seats separated by a console. This high mounted center console runs almost the entire length of the car right from the dashboard till it ends at the 3rd row   of the vehicle. The leather wrapped seats come in a shade of light blue while one can adjust them in 30 different ways. One can embark onto or alight from the SUV with the help of the 3 way concertina steps. 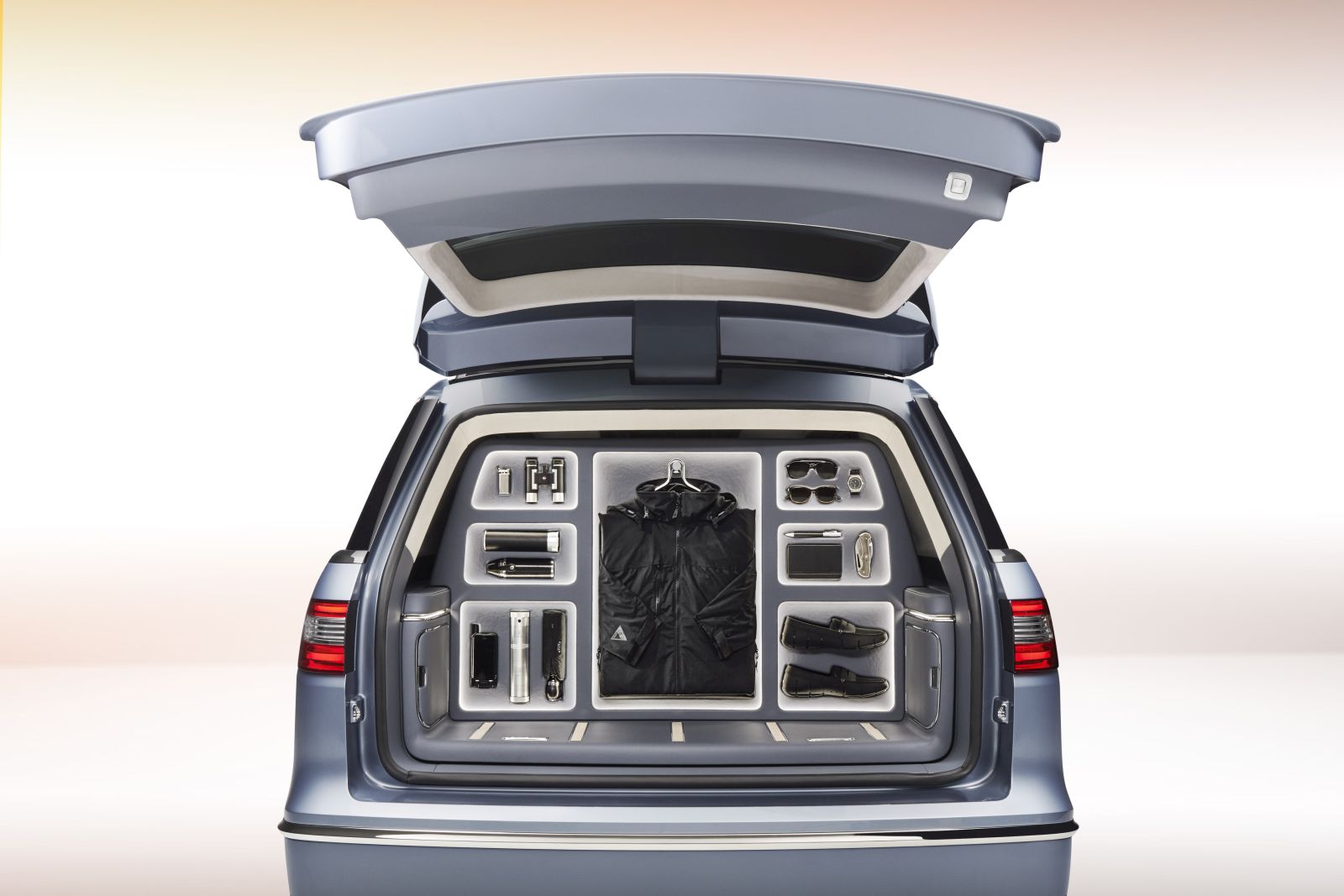 Safety features on the Lincoln Navigator include pre-collision assist with pedestrian detection, a 360 degree camera, park assist, and lane keep assist. Other features inside the vehicle include WiFi connectivity, a large panel screen for driver information and an individual display for each passenger along with controls for each display on the central console.

Following is the image gallery for the Lincoln Navigator Concept: