Rumor has it that the new 2017 Maruti Suzuki Swift Dzire will be launched in May 2017. And there must be some substance to it as fresh images of the sedan were fed into the Motoroids inbox by avid reader and fan, Rahul Khanna. As expected, the exterior design is inspired by the new 2017 Swift, which went on sale in Japan earlier this year and is India bound by mid-2017. 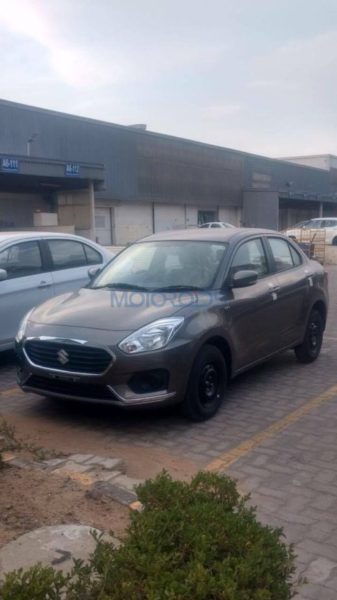 The front of the car is identical to the next-gen Swift, with the only difference being that that grille is outlined in chrome, and features horizontal slats, instead of a honeycomb pattern. The new headlights are borrowed from the new hatch too (higher spec models could be equipped with DRLs and projectors), however, in comparison to the 2017 Swift, the front bumper on the 2017 Dzire has been designed differently. It gets a wider air-dam and chrome accents for that much needed glitz factor. Sideways, the new 2017 Maruti Suzuki Swift Dzire appears to be carrying a smooth bulge along the shoulder line and the new design loses a lot of the earlier edges in favor of a buffed, decorous look which should fit well in the sedan scheme of things. 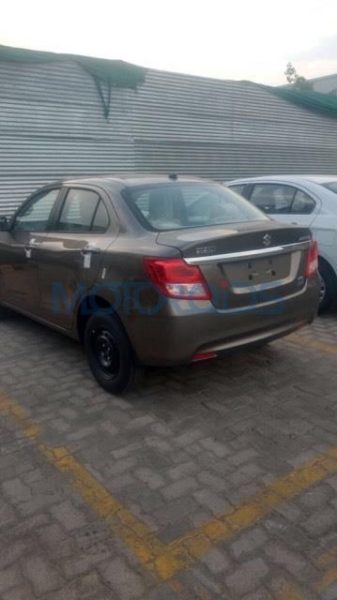 The rear gets a rather long strip of chrome that runs across the boot and a slightly different tail-light design which might also include LEDs. The bumper has been redesigned, the car now gets a shark-fin antenna and there’s a moulded spoiler which makes the rear look neat and grown up. Powering the new 2017 Maruti Suzuki Swift Dzire in all probability will be the 1.3L DDiS 190 4-cyl diesel engine good for 75 PS and 190 Nm, paired with a 5-speed manual and AMT. While the petrol variant will be powered by the 1.2L 4-cyl K12 petrol engine good for 84 hp and 114 Nm of torque.