Home Modified Cars This Is A Mahindra Thar Done Right

The Mahindra Thar is one of the most affordable and purpose-built SUV available in the Indian market. The Thar takes you back to basics. It is based upon a simple ladder frame chassis, is powered by a diesel motor and is equipped with a low range gearbox. The barebones package leaves customers wanting for a lot more. This is why the Thar has been a favourite car for owners to customise and suit their personal needs much better. We bring you one such example of a beautifully customised Mahindra Thar, seen on a video on YouTube. 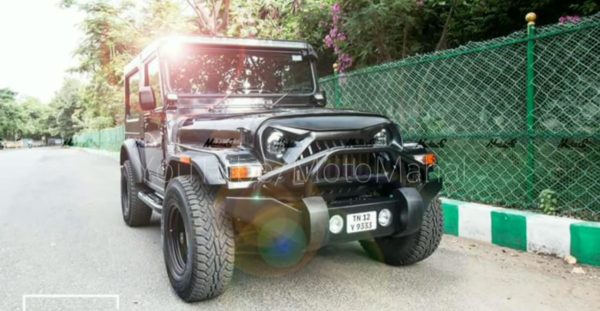 This Thar gets a range of modifications, both on the inside and outside. Let us talk about the exterior changes first. The car now gets LED illumination all around. The front end of the SUV gets an aggressive look courtesy of an aggressively designed bumper. As mentioned, the headlights get all LED illumination. The front grille also gets a mean look, courtesy of a changed front end. The soft top has been replaced with a customised hard top which offers better insulation than the former. Providing sufficient illumination when the roads get dark is a huge range of LED lights. The rear also gets custom LED tail lights and even a reverse parking camera. The interior of the Thar has been revamped as well with a leather-wrapped steering wheel and a beige themed interior. Making the ride much more comfortable is a thicker and larger tyres. 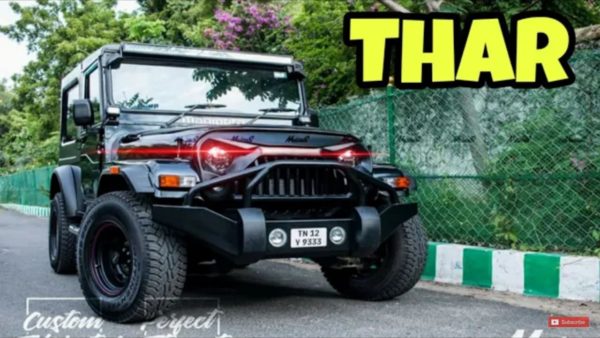 Also Read: Mahindra XUV 300 Comes out to Play in the Open

The Thar is powered by a 2,523 cc turbocharged diesel engine which generates 63 hp at 3,200 rpm and 195 Nm of torque spread from 1,400 rpm to 2,200 rpm. A new generation of the car is due to be launched soon, which has been spied undergoing a test run very recently. This new generation will soon replace the old model this modified Thar is based on. Below is a video on this modified Thar uploaded on MotoMahal channel of Youtube.