If you were into racing games, especially back in the days when no car maker officially licensed their car models to gaming companies, chances are that you know the RUF CTR. RUF was one of the first car makers which let gaming companies license their products, letting us enjoy the car on our computer screens. YouTube user B. Choww takes us along with him at the factory of this small but revolutionary car company. He also gets an opportunity to ride shotgun in the car. He goes out in the car twice, with Mr Alois Ruf. 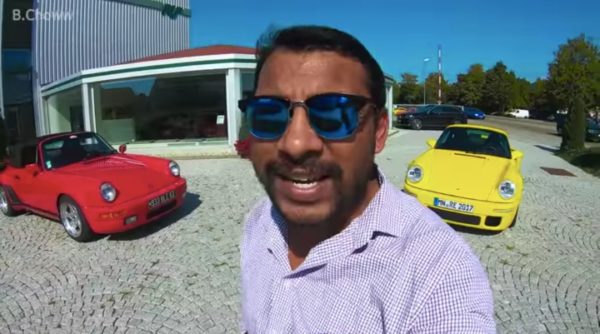 The 2017 RUF CTR is made as a tribute to the 1987 RUF Yellow Bird, a car that put this company in the limelight. Never before had a small time car maker made a car which would give the Lambo’s and Ferrari’s of the time a run for their money. The new car sticks to the principles the old car stood out for. It’s a lightweight car because the body is made of carbon Fibre. It’s a rear engined, rear wheel drive car. The car uses a 3.6-litre flat six which generates 710 Hp and 880 Nm of torque. It’s still is a no-frills car, all you get is 2 racing seats, an AC, 3 pedals, a 7-speed manual and a traditional Porsche style 5 dial instrument console. 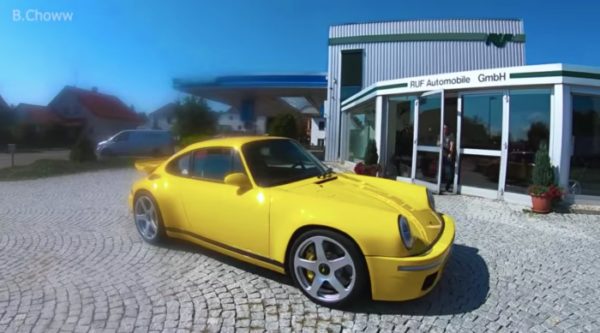 Also Read: VIDEO: Here Is Your Guide to the Porsche 911 Models

The RUF CTR can be considered to be a good old razor blade in the era of fancy trimmers. Sure, new cars are getting faster and better day by day, they can now do stuff which would have seemed impossible certain years ago. All these fancy gadgets and electronics have probably make the driving experience less rewarding, you no longer feel in control of the car. The RUF CTR does exactly the opposite. It has very basic driver aids, something you need when you have more than 700 hp going on the rear wheels. Apart from that, it is just you and the car, driving together as one with you in control and not some sophisticated computer making you do work. Do watch the video to know more about this experience of B. Choww.