Motorsport is gaining more and more traction in our country with every passing day. Volkswagen Motorsport has had a major hand in increasing the popularity of this sport in our country over the years ever since it was introduced in the year of 2010. All set to enter their 10th year in our country, the team and engineers at Volkswagen have created a special car, called the winter project. Made completely in-house at the Pune plant, this car uses the 1.8-litre petrol motor and comes with a rear wheel drive and rear engine setup. Read ahead to know more about this special vehicle. 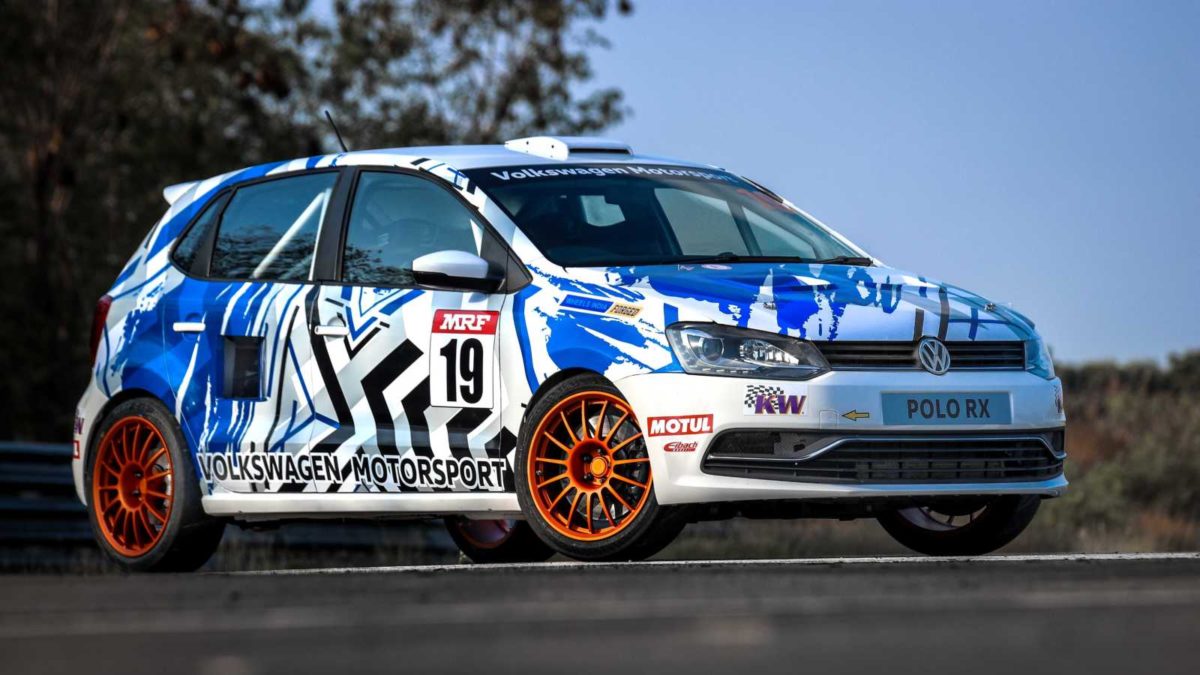 Started with the 1.6-litre diesel engine, over the years, Volkswagen has made their cup cars more and more powerful. In 2012, the Polo Cup cars were upgraded from 130 diesel engines with a manual gearbox to 1.4-litre TSI engines with DSG that produced 180 PS of peak power. The idea was to get closer and closer to the international spec touring cars so as to develop the Indian drivers for the bigger global challenges. In 2015, Polo Cup cars made way for the Vento Cup cars with the same drivetrain but a completely different chassis that was easier for newcomers to get a hang of. The biggest step up for the programme came in 2017 when Volkswagen Motorsport India fielded Ameo Cup series with a car that was completely localised at the race shop in Volkswagen Pune Plant in Chakan. Powered with a 1.8-litre TSI engine and mated with a sequential gearbox with paddle shifters, this one was the most powerful car ever built by the Motorsport team with a peak power of 205 PS. 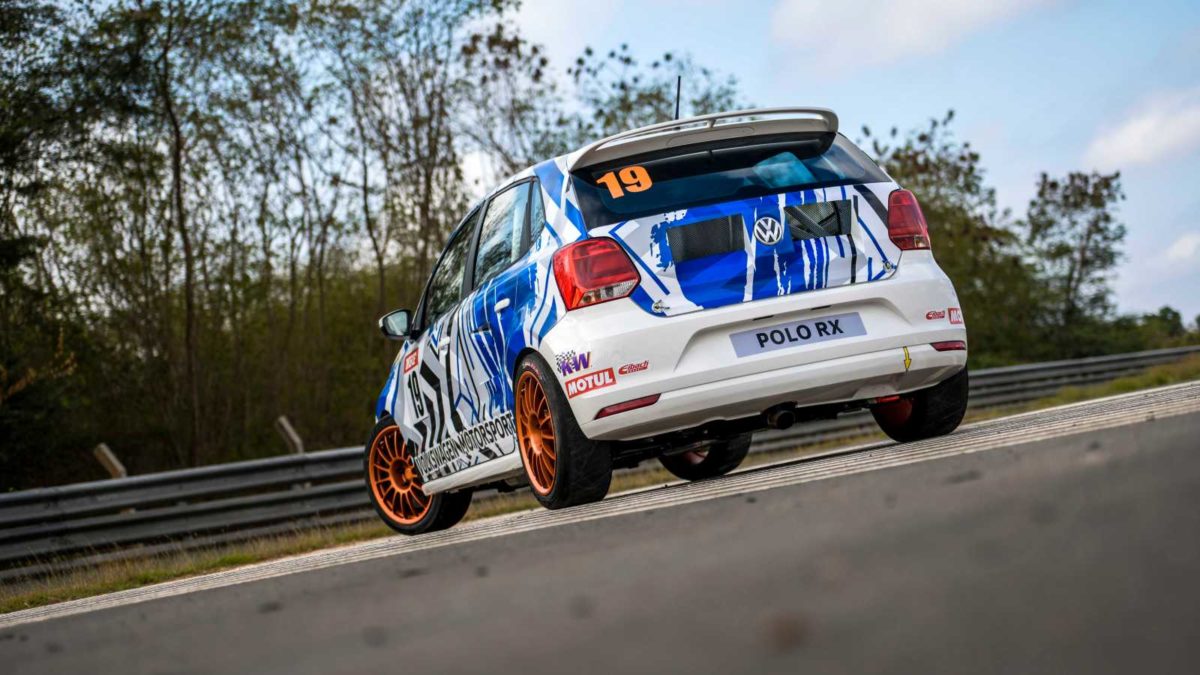 Coming to this unique race car, a rear-engined Polo which uses a rear wheel drive setup and a beefy 1.8-litre petrol engine from the Ameo cup car. Called the winter project car, this unique Polo has been created as a one-off purely for a blast down the Madras Motor Track. It does not comply with any racing regulations in the country and goes beyond the limits of rules and regulations just to put a huge smile on your face while blasting down the track. The car comes with a 1.8-litre TSI engine which is tuned to produce 205 PS of peak power. This powerful engine is paired to a sequential gearbox which comes with paddle shifters for quick shift times on the track. 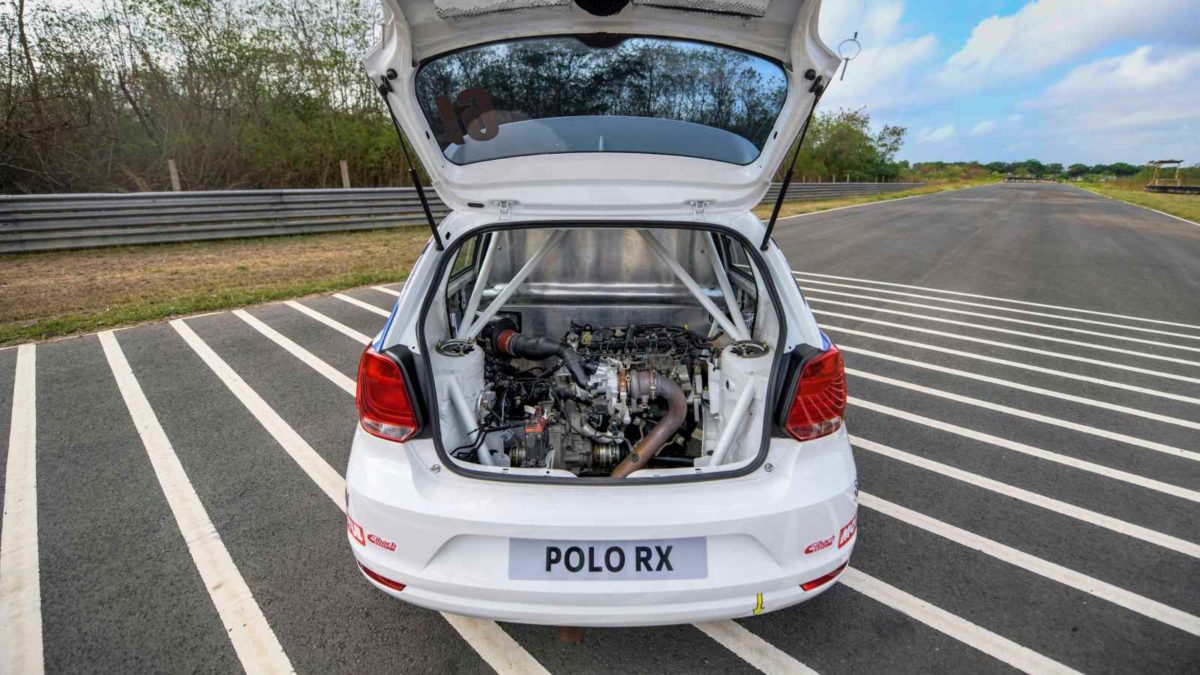 Also Read: Volkswagen Has A New Address In Thane

Talking about the development that has gone into the car, Mr Sirish Vissa, Head of Volkswagen Motorsport India said, “I am extremely excited about our ‘Winter Project’ car! It is commendable how the team has managed to pull off this project with limited access to high-end software and technology. Young engineers and technicians in the team have shown real calibre by getting this masterpiece ready in less than three weeks!” He further added, “A rear engine, rear wheel drive car is tremendously different in terms of its performance as compared to our conventional front-engine, front wheel drive race cars. With the rear wheel managing the acceleration, the front wheels have more freedom to turn the car sharply and quickly, thereby enhancing its dynamic performance to a great extent.”