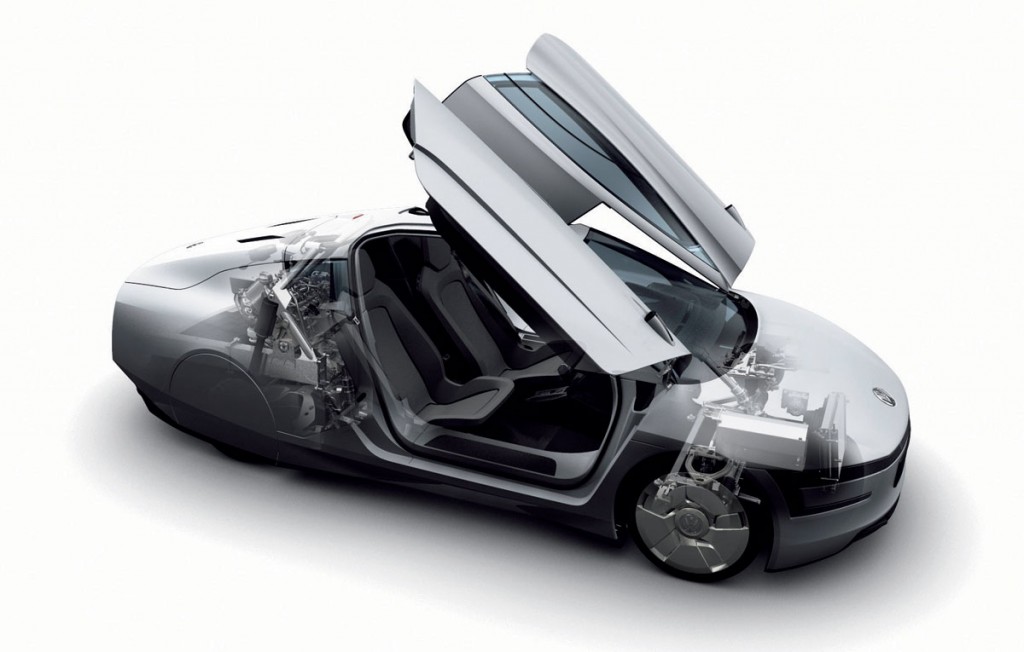 The world’s most fuel efficient car finally gets a go ahead for production with Volkswagen revealing manufacturing plans and the technical specifications of their hybrid car, the Volkswagen XL1. The car will be up for display at the Geneva Motor Show and only 50 cars will be produced initially on demand.

On the spec sheet, the 800cc twin cylinder TDI engine produces 47 bhp with further boost provided by the electric motors producing 27 bhp totaling the power tally to 74 bhp. A scale of 100 kms will consume only 0.9 litres of fuel effecting figures of 111 kilometres per litre.

Volkswagen claims the CFRP body (Carbon Fibre Reinforced Polymer) to be extremely drag efficient with scales tipping at only 795 kgs- all thanks to use of light weight materials such as magnesium for wheels, ceramic brakes and generous use of light weight aluminium for steering system, dampers and even the brake calipers. As part of the drag reduction program, you won’t find exterior mirrors on the car and rear viewing duties would be taken care by in-car electronic displays. With a top speed of 160 kph and a combined range of nearly 500 kms on combined power- makes the XL1 ‘the car of the hour’. But alas! 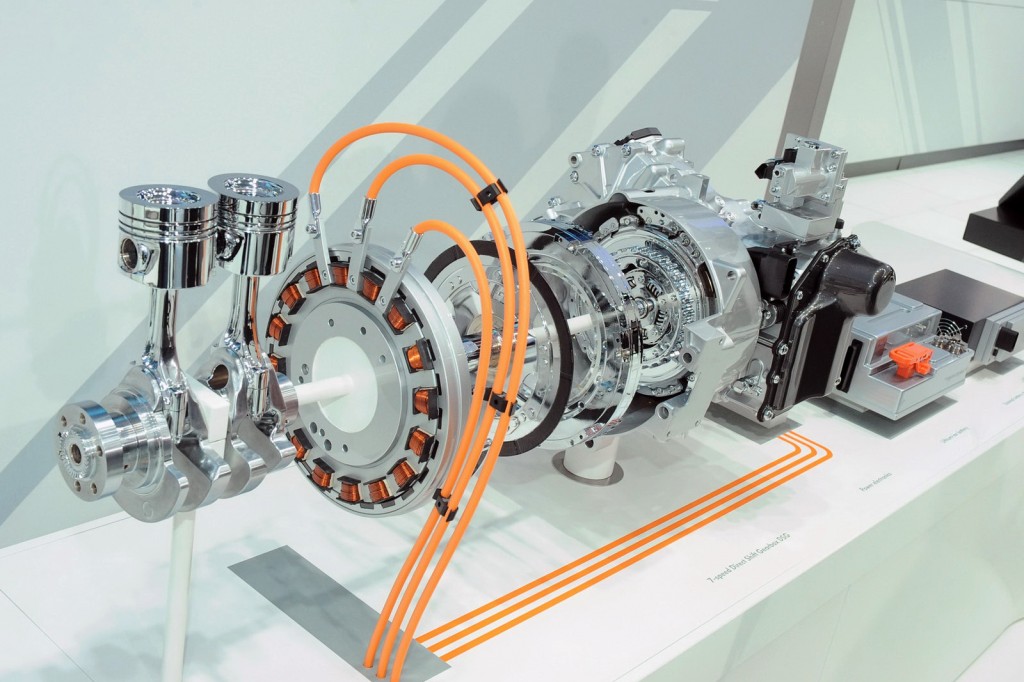 As aforementioned with only 50 cars slated to be produced and pricing to be in the region of US$ 45,000+ (INR 25 lacs approx), the 2 seater car would probably end up as a limited edition illustrating technological prowess of an automobile manufacturer than a solution to rising fuel costs and global warming.

Hopefully the XL1 paves way for future cars on similar lines which would be cheaper to produce and operate.